Justice Rajindar Sachar: The Jurist and Crusader for Human Rights 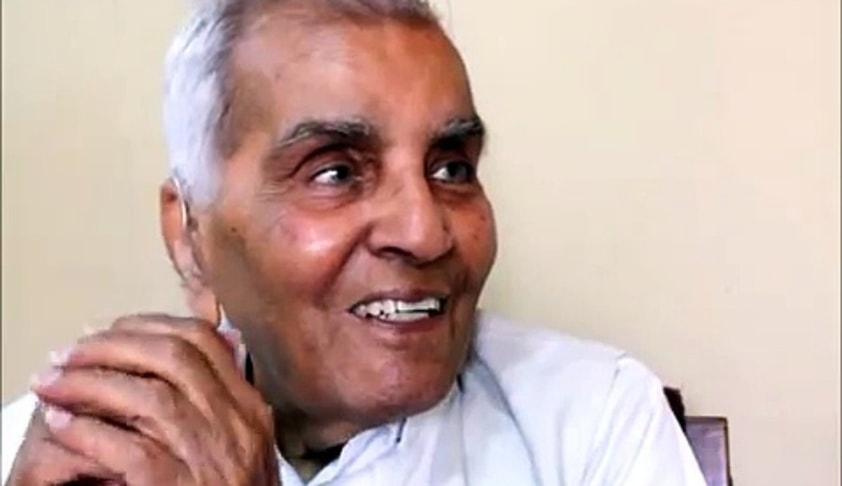 Justice Rajindar Sachar was a stalwart and legend of his generation. He commanded respect, both as a Judge as well as a Jurist. Above all, he was known and will be remembered as a fine and wonderful human being. His laurels speak for themselves. A man always at the forefront in the fight to protect human rights, he had the natural ability to connect with the marginalized and thus become...

Justice Rajindar Sachar was a stalwart and legend of his generation. He commanded respect, both as a Judge as well as a Jurist. Above all, he was known and will be remembered as a fine and wonderful human being. His laurels speak for themselves. A man always at the forefront in the fight to protect human rights, he had the natural ability to connect with the marginalized and thus become treasured by the young people. His innate compassion for the poor and the deprived was something that attracted him to the human rights movement, which he led in the company of the legends like Justice V.M. Tarkunde, Shri K G Kannabiran, Prof. Rajni Kothari, Shri Surendra Mohan, Dr. Y.P. Chibber and Shri Inder Mohan, amongst many others. The younger generation will always look forward to these crusaders for inspiration in the on-going struggle for the protection of human rights in our country.

Justice Sachar demonstrated his resilience during the dark days of Emergency (1975-1977), which was marked by severe onslaughts on the basic freedoms guaranteed under the Constitution. Lakhs of people suffered incarceration without the authority of law, and thousands were tortured in the state of lawlessness. The autocratic regime, to overawe the judiciary, resorted to supersession of judges in the Apex Court and transfer of High Court Judges as punitive measures.  Justice Sachar’s voice could not be muted during this period, though he was subjected to punitive transfer from Delhi High Court to the Sikkim High Court as the Acting Chief Justice and then subsequently to the Rajasthan High Court as a puisne Judge. However, he sailed through the Emergency and overcame the series of indignities, wreaked on him by the Executive, with grace.

Justice Sachar’s father, Shri Bhimsen Sachar, who, in his own illustrious career as a freedom fighter, served as the Chief Minister of Punjab, Governor of Orissa, the High Commissioner of India to Sri Lanka and as a close friend of Pandit Jawaharlal Nehru, was arrested at the age of 85 years only for appealing to Mrs. Indira Gandhi to withdraw the press censorship during the Emergency Era. During this period, Justice Sachar’s brother-in-law, Shri Kuldip Nayyar, a prominent journalist, also suffered incarceration because of his bold opposition to Emergency. However, Justice Sachar did not buckle to the pressure and coercive tactics of the Administration during the Emergency regime. He stood strong and continued to follow his moral compass.

In his judicial capacity, Justice Sachar contribution was crucial in the development of Human Rights Jurisprudence in India. His judicial experience was not ordinary, by any stretch of the word. During his tenure, he faced a multitude of challenges in a variety of dimensions.

Justice Sachar led the Division Bench of the Delhi High Court in State v. Sanjay Kumar Bhatia [1985 Cri LJ 931] in decriminalizing the attempt to commit suicide under Section 309 of the Indian Penal Code. While striking down S. 309 of the IPC, Justice Sachar observed for the Bench:

“It is ironic that Section 309 IPC still continues to be on our Penal Code. … Strange paradox that in the age of votaries of Euthanasia, suicide should be criminally punishable. Instead of the society hanging its head in shame that there should be such social strains that a young man (the hope of tomorrow) should be driven to suicide compounds its inadequacy by treating the boy as a criminal. Instead of sending the young boy to psychiatric clinic it gleefully sends him to mingle with criminals…. No wonder so long as society refuses to face this reality its coercive machinery will invoke the provision like Section 309 IPC which has no justification to continue to remain on the statute book.”

On the issue of decriminalization of the attempt to suicide, the Supreme Court initially upheld the above view of the Delhi High Court in P. Rathinam Vs. Union of India[1]  and struck it down from the Penal Code. However, in a subsequent Constitution Bench judgment in Gian Kaur Vs. State of Punjab[2] the Supreme Court while overruling Rathinam, restored S. 309 to its original form in the Penal Code. Over two decades later, the Supreme Court in another Constitutional Bench judgment in Common Cause Vs. Union of India[3], while permitting passive euthanasia as a constitutionally permissible aspect of right to die with dignity, has taken the view that S. 309 of the IPC requires reconsideration.

Sachar was expressive about a pain like that of a dagger stabbing through his heart. In the Anti-Sikh riots of 1984, the doors of the High Court were knocked to challenge the police atrocities and the sense of State-Lawlessness. In the most passionate of manners and having the objective of Human Rights in the forefront of his mind, he heard the matter. However, when Justice Sachar took a compassionate view towards the victims, the matter was transferred from his bench to another Division Bench, which ultimately dismissed the petition in ‘national interest’. At the ‘Justice / Insaaf – 84 Conclave’ organized by Amnesty International in India on 23 June, 2016, Justice Sachar commented on the 1984 riots:

“Where we (the judiciary) have failed is at the top.”

However, he did not let this incident dissuade him or dent his vision. He stood up from sitting as a judge to arguing as a counsel. He espoused the cause of Human Rights and presented his cases with vigour and force.

Sachar was at the core, a master of Constitutional Law. A truly legal scholar guided by his heart, advocated to ensure that the Fundamental Rights guaranteed by the Constitution were enforced in letter and spirit. He was at the forefront in developing new rights intrinsic to an individual and persuaded the Courts in recognizing them to be implicitly part of the fundamental rights.

He led the fight for privacy in the landmark telephone tapping case[4], wherein the Constitutional Validity of S. 5(2) of the Indian Telegraph Act, 1885 was under challenge. The foundation of Sachar’s argument was placed on the right to privacy. Accepting his arguments, the Supreme Court recognized the need to provide for procedural safeguards to ensure that the power of telephone tapping is not abused by the State authorities.

Sachar was a part of many other landmark judgments. Through PUCL, he fought numerous public interest litigations on issues such as the mandatory declaration of assets by politicians and declaration of criminal antecedents by the Members of Parliament and Members of Legislative Assemblies. He also brought out the concept of ‘None of the Above’ (NOTA) in the Indian Electoral Law Reforms, wherein, an individual may choose not to vote for any of the political candidates and thereby express his dissatisfaction regarding the political representation. He also challenged the Prevention of Terrorism Act as ultra vires of the Constitution and it for being draconian.

These judgments are continuously being referred to by the Supreme Court even today in the present and contemporary landmark judgments. These judgments form part of a continuing discourse developing new concepts of Human Rights in India. Recently, the Nine Judge Constitutional Bench in the letters petition of Justice K.S. Puttaswamy (Retd.)[5], extensively referred to the Telephone Tapping Case in developing and recognizing the right to privacy as intrinsic and fundamental.

The Congress-led UPA Government appointed Justice Sachar as the Chairman of the High-Level Committee to study the ‘Social, Economic and Educational Status of the Muslim Community of India’. This detailed report highlighted that the minority class was severely under-represented in public service and the various wings of the Indian Democracy, including police, defence and military, as well as the political spectrum.

This High-Level Committee is now commonly referred to as the Sachar Committee. Justice Sachar had a wealth of resources at his disposal, including information from various Censuses, the database of the National Sample Survey Organisation and the data collections of the Central and State Governments.

However, Justice Sachar believed in the value of grassroot investigation as well. He felt that sitting behind a desk, compiling information and preparing a report therefrom would neither serve the purpose nor the cause. Hence, the members of the Committee visited various parts of the country to gain an experiential and ground-level understanding of the situation, condition and plight of the Muslim minorities. The Committee also investigated into how the Muslim Community was perceived by other communities and religions in the local areas. The approach of the Committee was holistic and far-reaching.

This landmark 403-page report culminated in outlaying several recommendations for implementation. The main recommendations of the Committee, to be implemented within 10 years from the report were:

As he said, “the Preamble of the Constitution determines the policies and programmes that any government makes”. His understanding of ‘secularism’ was different. For him, the term did not mean to signify that the nation was irreligious. Rather, his view was that secularism is the condition when “every religion, every path is same in the eyes of the State”.

Ashok Kumar Panda is a Senior Advocate at Supreme Court of India.

[6] A college for Islamic instruction

End Note: Recently, PUCL has come out with a collation of its landmark judgments in ‘Taking Human Rights Forward”, edited by Adv. Sanjay Parikh with a preface by Justice Rajindar Sachar.