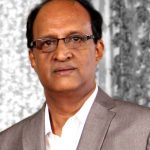 On the occasion of Justice VR Krishna Iyer’s 101th birth anniversary, which falls on 14th Nov, Adv. PB Sahasranaman recalls the people’s judge and writes about how he continued to be a Justice for the masses even after retirementJudges, once appointed are always described as judges for ever, even after they retire from service. Justice VR Krishna Iyer was one such judge who had a fruitful...

On the occasion of Justice VR Krishna Iyer’s 101th birth anniversary, which falls on 14th Nov, Adv. PB Sahasranaman recalls the people’s judge and writes about how he continued to be a Justice for the masses even after retirement

Judges, once appointed are always described as judges for ever, even after they retire from service. Justice VR Krishna Iyer was one such judge who had a fruitful 34 years after retirement. His achievements as an advocate, minister, judge of high court and Supreme Court, Law Commission Chairman are well known. But, what about his life after retirement?

He was not sure at the time of retirement as to whether he should settle in Delhi or in Kerala. If in Kerala, in Cochin or at Thalassery? Finally he decided to stay in Cochin. The reason is obvious - it is the seat of the Kerala High Court where most of his friends and juniors practiced. Thus, he started his retirement life in a small house named ‘Satgamaya’ that had a vast ground where a dozen cars could be parked.

He was one of the distinguished guests at the Silver Jubilee celebrations of the court held in October - November, 1981.

At a symposium organised on that occasion on "Approach of Judicial Reforms", Justice Krishna Iyer as a main speaker made some critical remarks about the judiciary, following which contempt proceedings were taken against him by the Kerala High Court. However, the court observed the comments were not that of a person who wants to bring disrepute to the judicial system of this country, but of one who was exhorting the people for revolutionary change in the outlook concerning problems of the judiciary. It concluded: “We see no reason to consider his criticism, coming as it does from a person, whose bona fides in the cause of judiciary is not open to doubt, as mala fide or dishonest. It is the fundamental duty of every citizen of India to abide by the Constitution and respect its ideals and institution. He fully conscious of the same has made the statement to protect the constitutional courts wherein justice is to be guaranteed to the people.”

Justice Iyer was the chairman of the Kerala Law Reforms Commission and made a report on 26th January, 2009, recommending 63 new enactments and 30 amendments to the existing laws. He proposed prohibition, panchayat courts, ban on hartal, environmental courts etc. Justice Krishna Iyer’s touch is found in each sentence of the report that includes the format of a Bill.

Justice Iyer was against death penalty. According to him, what is ‘rare’ is obscure and judges may disagree on this. Therefore, it is unfair to grant death sentence on an uncertainty. Even England does not have death penalty, then why does the land of Buddha and Gandhi. It is interesting to note that the said issue even now subsists and the Government of Kerala has filed a review petition on death penalty. A Tamil movie on death penalty by famous actor Kamal Hassan starts with an introduction by Justice Iyer. I do not think any retired judge has ever been invited to do such a performance.

When dengue fever raised its head, he had asked the Mayor of Kochi and other municipalities to appoint a state commission to take appropriate steps to check its spread.

In the famous Ratlam Municipality case, a  strange plea was put forward by the Municipal Council that the residents chose that locality and, therefore, could not complain if human excreta was flowing, mosquitoes were multiplying and health was held hostage. Justice Iyer slammed the council saying a public body constituted for the principal statutory duty of ensuring sanitation and health cannot outrage the court by such an ugly plea.

When rivers went dry during summer, he expressed his opinion on how to protect the same. “Water diplomacy is creative statesmanship, but politics is often narrow-minded in its vision. Today, what we need is the a comprehensive Water Commission, which will bring together all the rivers of Andhra Pradesh, Karnataka, Tamil Nadu, and Kerala into a mighty source of water sufficient for drinking water and agriculture,” he suggested. This is what is now being suggested by the Supreme Court of India.

At the age of 98 years, Justice Krishna Iyer sent a letter to Navaz Sharif, requesting him to promote Indo-Pak friendship.

He opined that the power of Cabinet and the President cannot be robed and vested in three robbed brethren who, by accident, happened to be the senior-most for the time being in Supreme Court. Such a novel process was known to neither the UK nor the US nor any other modern democracy, East or West, he said.

Justice Krishna Iyer was always against nuclear energy. “The US and Russia know at their own cost the horrendous hazards of nuclear power plants. But US’ big nuclear business houses seek to dump the wastes in India, assuming it to be a meek, weak nation. But India is a non-aligned power,” he said.

Even, his choice of deity shows his craving for equality. Justice Krishna Iyer considers Lord Ayyappa has a democratic divinity. According to him, there is no bar to be an Ayyappa devotee.

At the age of 99 years, Justice Iyer expressed his devotion to Lord Krishna in these words: “O Lord Krishna, O Guruvayoorappa salutations to you. Brahman Guruvayoorappan in the Avatar of Lord Krishna and beyond caste and creed represents Brahman the universal Supreme Power. Jesus Christ and Krishna belong to the masses and are worshipped by the common people. In this sense, they are proletariat.”

During the span of 34 years, he wrote about 100 books, attended thousands of meetings and wrote forewords to many books. Justice Krishna Iyer touch is always liked by many .   He was there for all the people throughout his life. Whether the complaint was against a sitting judge or minister, he immediately responded.

In some cases, litigants could not get the certified copy of the judgments or get an early posting of their case. A ‘Justice’ forever, he would immediately call the Registrar or write to the judge concerned about the complaint. Sometimes, the judges felt Justice Iyer had no business in doing so. But who cares, as Judge Dredd  used his gun, he used his pen. If he felt that there was injustice, he became a street judge and took action even at the age of 99.

Whether for arbitration or to head any committee, judges are called for because of their commitment to the general public. They have taken an oath to bear true faith and allegiance to the Constitution of India throughout their life and the same will not end on retirement. People see them as next to God for that reason, even after retirement. If a judge is called to head a meeting, to inaugurate an institution or an event or to write a forward to the book or for an opinion, it is due to respect for the judicial system.

Justice VR Krishna Iyer earned a name for the ‘Justice’ system and the same is now being enjoyed by all. When Narendra Modi became the Prime Minister, Justice Krishna Iyer in his inimitable style wrote thus:

Unfortunately, Justice Krishna Iyer left us on 4th December, 2014. Had he been there, he should have written much on current subjects. But his views on most of these subjects are available in his writings, which include judgments and articles. Fali S Nariman was right in saying that “he was the country’s super judge, even after he had retired”.