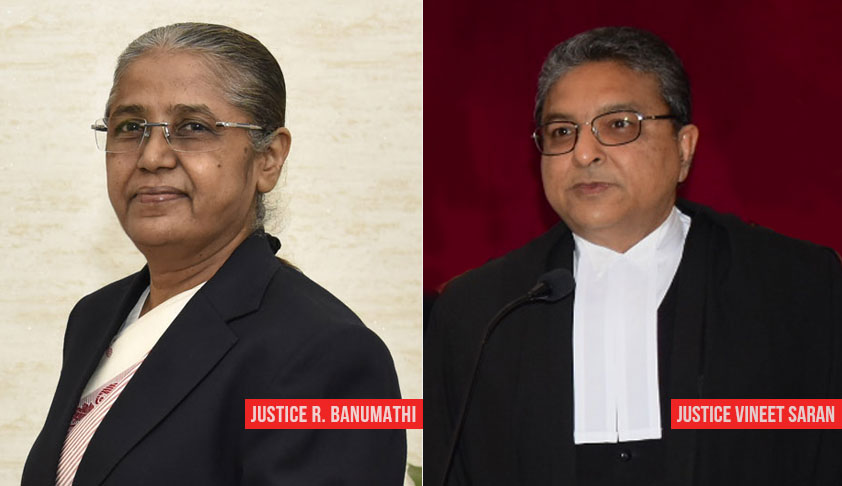 Supreme Court judges, Justice R. Banumathi and Justice Vineet Saran last week dissented on the issue of issuance of notice in an appeal filed before it against a judgment passed by the Uttarakhand High Court on 4 May.The impugned judgmentThe impugned judgment had considered a batch of fifteen appeals, either filed by the Public Service Commission or against it, on the issue of appointments...

Supreme Court judges, Justice R. Banumathi and Justice Vineet Saran last week dissented on the issue of issuance of notice in an appeal filed before it against a judgment passed by the Uttarakhand High Court on 4 May.

The impugned judgment had considered a batch of fifteen appeals, either filed by the Public Service Commission or against it, on the issue of appointments to be made to several posts. The issue in most of these Appeals largely concerned rejection of over-qualified candidates, with the Commission ruling that they did not fulfil the specific qualification criterion.

One such appeal was filed by the Public Service Commission against Tanuja Mehta, who had applied for the post of Data Entry Operator with the Commission. The concerned Rule and the Advertisement provided that the candidate should have acquired a Certificate or a Diploma of, at least, a one year course. The petitioner had a Bachelor in Computer Applications degree, which is a higher qualification, and hence, she was ruled to be eligible for the post by a single Judge.

This order was now challenged before the High Court, with the Commission asserting that the candidate would be deemed to be eligible for the post if he has passed a Certificate or Diploma course, the duration of which must not be less than one year. The minimum limit, it said, pertained to the period that would be spent in pursuing the course and not to the course as such.

The Bench comprising Chief Justice KM Joseph and Justice Sharad Kumar Sharma had then opined that this contention seemed justified and that the word “at least” did pertain to the duration of the course, observing, “The question really relates to the interpretation of the Rule. The actual Rule reads, inter alia, that the candidate should have at least a qualification of one year Certificate or Diploma in Computer Applications. We would think that the word "at least" is relatable to the period of the course. A course, which is not either Certificate or Diploma, would not, therefore, suffice as the requisite qualification.”

The Court had further opined that since the petitioner had not challenged this Rule as being under-inclusive, having excluded higher qualifications from its purview, it would not be possible for the petitioner to be considered for appointment to the post. It therefore set aside the single judge’s verdict, ruling,

“Apparently, the policy of the rule-giver is, as would appear to be, to provide opportunities for people with Certificate or Diploma in Computer Applications having regard to, both, considerations of efficiency and the requirements of the post, as also the need to create suitable employment for such persons. Therefore, the judgment passed by the learned Single Judge, holding to the contrary, cannot be sustained and the appeal is only to be allowed.”

This judgment had now been challenged before the Supreme Court by the candidate, Tanuja Mehta.

Considering the Appeal, the difference of opinion arose between the two judges, with Justice Banumathi not in the favour of issuing a notice as similar special leave petitions had been dismissed by the Court earlier this month. It may be noted here that these similar SLPs spoken of here had also challenged the same Uttarakhand High Court judgment, but concerned different departments and posts.

Justice Saran, on the other hand, opined that notice should be issued since the appeal before it dealt with different qualification. The Supreme Court’s order noted, “In view of the difference of view on the question of the issuance of notice (Hon. Banumathi, J. is not inclined to issue notice since similar special leave petitions on the same ground were dismissed by this Court, as mentioned above, and Hon’ble Saran J. is of the view that issuance of notice is required since this special leave petition deals with different qualification)…”