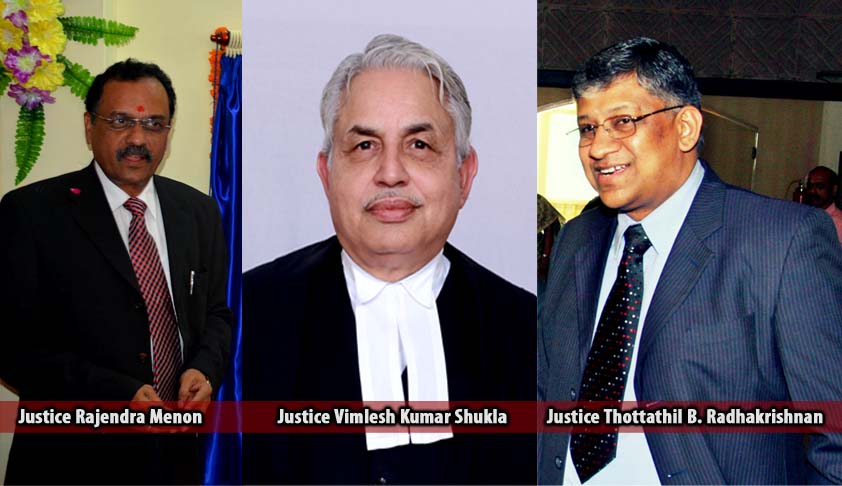 Justice Rajendra Menon, who enrolled as Advocate in 1981, was appointed as Additional Judge of the High Court of Madhya Pradesh in 2002 and was made permanent two years later. Justice Vimlesh Kumar Shukla enrolled as an advocate in the year 1981 in Uttar Pradesh Bar Council, Allahabad. He was elevated as a Judge of Allahabad High Court in 2002.