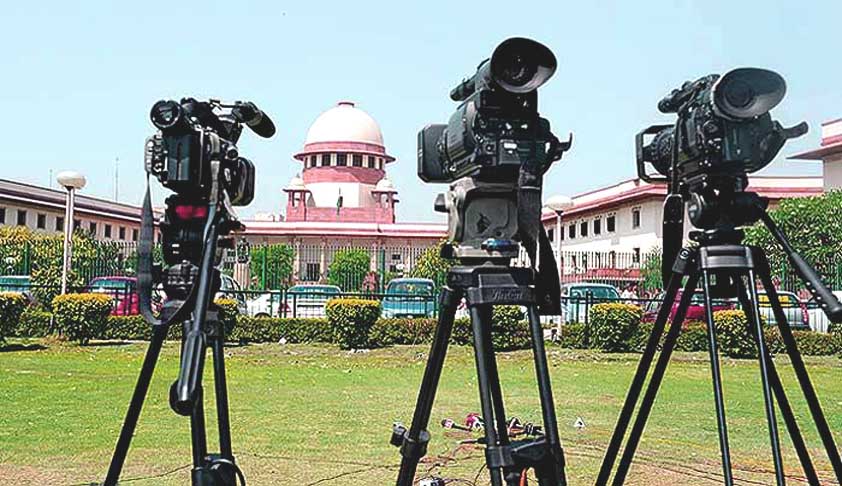 Wife of a Professor facing arrest for contempt approached SC saying he is mentally unfit and SC directs ‘board of doctors’ to conduct psychiatric evaluation.

Just two days after the 7 judge Bench of Supreme Court ordered psychiatric examination of Justice Karnan, wife of a Professor who was sentenced to three months imprisonment by Madhya Pradesh High Court for contempt, approached the Apex court contending that her husband is not in a fit and stable state of mind and is not in a position to understand the effect and consequences of the order passed by the High Court.

The Supreme Court bench, taking into account her submissions, has stayed the arrest of Dr.Lavit Rawtani,  the contemnor, while directing `board of doctors' to conduct a psychiatric evaluation and submit a report before 26th June.

The Bench headed by the Chief Justice of India, perusing the documents produced along with the petition, observed: “A number of writings of Dr.Lavit Rawtani have been produced before us to demonstrate, that Dr.Lavit Rawtani is not in a fit state of mind.”

Dr.Lavit Rawtani cannot be subjected to the punishment inflicted upon him, namely, to suffer a sentence of three months, in case he is found not mentally fit to understand the implications of his actions, the Bench said.

Dr. Rawtani, a professor in Maulana Azad National Institute of Technology, had filed a PIL before the Madhya Pradesh High Court alleging that there had been rampant corruption in making appointment in MANIT in the year 2005 and that issue should be taken up and appropriate enquiry and direction be issued. The said writ petition was dismissed on technical grounds. Instead of curing the defects or restoring the petition, the professor sent a speed post to the Court in which he said that the Judges who had passed the orders were possibly corrupt. The High Court suo motu initiated contempt proceedings against the professor.

While imposing three months imprisonment as punishment for contempt, the High Court had observed: “To our mind making such an unjustified statement and casting scurrilous aspersions against thoroughly honest and hardworking Judges who have discharged their judicial functions with utmost devotion results in casting a deep shadow on their integrity, honesty and judicial impartiality which if unpunished or ignored would seriously erode the dignity, authority and status of the highest Court of the State and, therefore, deserves to be punished severely because, if ignored, it would encourage litigants who have lost in the Court to impute unsubstantiated and unjustified motives to the Judges of the institution in the name of fair criticism.”

In Justice Karnan's case, the Court observed that the press briefing and the orders issued by him indicate that he may not be in a position to defend himself. Therefore we consider in the fitness of matter that he may be medically examined by a medical board of a government hospital.