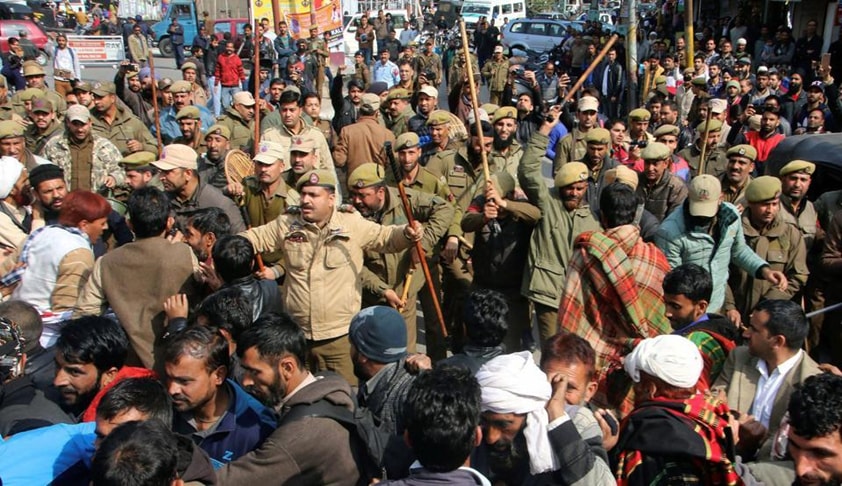 The Lawyers Forum for Democracy and Justice has issued a press statement condemning the act of a few lawyers who tried to prevent the filing of the charge sheet in the matter of rape and murder of an eight-year-old girl in Kathua, Jammu and Kashmir."We condemn the obstruction of the filing of charge sheet in the said matter, as inhuman, illegal, unethical and shameful.  We hope that better...

The Lawyers Forum for Democracy and Justice has issued a press statement condemning the act of a few lawyers who tried to prevent the filing of the charge sheet in the matter of rape and murder of an eight-year-old girl in Kathua, Jammu and Kashmir.

"We condemn the obstruction of the filing of charge sheet in the said matter, as inhuman, illegal, unethical and shameful.  We hope that better sense will prevail and the legal community facilitates justice rather than obstructing functioning of the criminal justice system," the release states.

A similar release has been issued by the Indian Association of People's Lawyers (IAPL), opining that the lawyers' actions need to be "seen in the background of the consistent communal propaganda being pursued by BJP and RSS".

It claimed that there has, in fact, been an increase in trend within the legal community to "browbeat or intimidate people based on divisive or communal agendas", and noted, "We at IAPL strongly condemn the communal propaganda of the right-wing organizations and the lawyers who are obstructing justice, instead of upholding the due process of law. We believe that all people should have access to the courts without intimidation or fear, however, these incidents where lawyers are involved in intimidation and assault, do not inspire confidence amongst the general public. Such actions are likely to influence or hinder the application of principles of natural justice."

IAPL has now demanded that the Kathua Bar Association stop interfering in the investigation so that a free and fair investigation is ensured.

To make matters worse, lawyers from the Kathua Bar Association, on Monday, prevented members of the state police from filing a charge sheet in the matter in front of the Chief Judicial Magistrate. The lawyers allegedly "took pride" in mobilizing to prevent the police team from presenting the accused before the magistrate, even physically blocking their way. On the same day, the President of the Kathua Bar Association passed a resolution to keep work under suspension until April 12, while also calling for and supporting a complete Kathua and J&K bandh on April 11.