Keep In Mind That You Are Parents Of Your Child Forever, SC Tells Couple While Granting Divorce 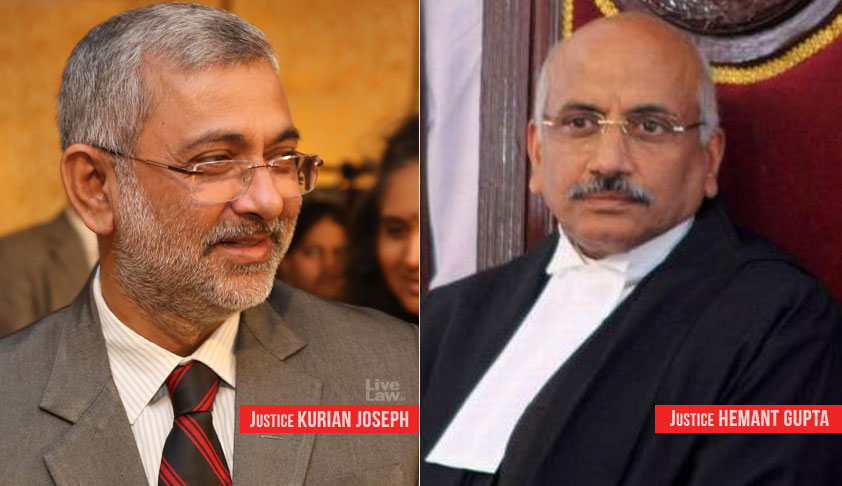 While allowing a married couple to ‘part as friends’, the Supreme Court bench headed by Justice Kurian Joseph reminded them about the duty towards their child.

In its order, the court said: “They will keep in mind that though they have severed their marital relationship, for their daughter, Smita, Santosh is her father and Sakshi mother forever. The child is entitled to the love and affection, protection and guidance of both the parents and their families. The child also has a duty to respect, love and reciprocate the love and affection from both the parents and their families.” (Names changed).

The bench, also comprising of Justice Hemant Gupta, invoking Article 142 of the Constitution granted divorce and observed: “We have also interacted with the parties and we are convinced that they have taken a conscious decision to part as friends. Having regard to the background of litigation between the parties, we are of the view that this is a fit case to invoke our jurisdiction under Article 142 of the Constitution of India and pass orders on the application filed under Section 13B of the Hindu Marriage Act.”

Justice Joseph is known for prompting parties, especially those in matrimonial cases, to settle the matters amicably by talking to each other. Many ‘transfer petitions’ before his bench are disposed not by transferring, but by recording settlement between the parties.

In a brief order passed in 2016, Justice Joseph had described the plight faced by child whose parents fight against each other in courts. He  had said: “‘We only want to remind both, the father and the mother, that they may fight endlessly but the one person who is sandwiched, disturbed, pained, shocked and if not spoiled is their daughter. If the future of the daughter is kept in mind by both the father and the mother, they will think of disassociating themselves from all other differences between them. We are sure the parties would be in a position to reach a workable solution with regard to custody. After all the child needs both father and mother.’”