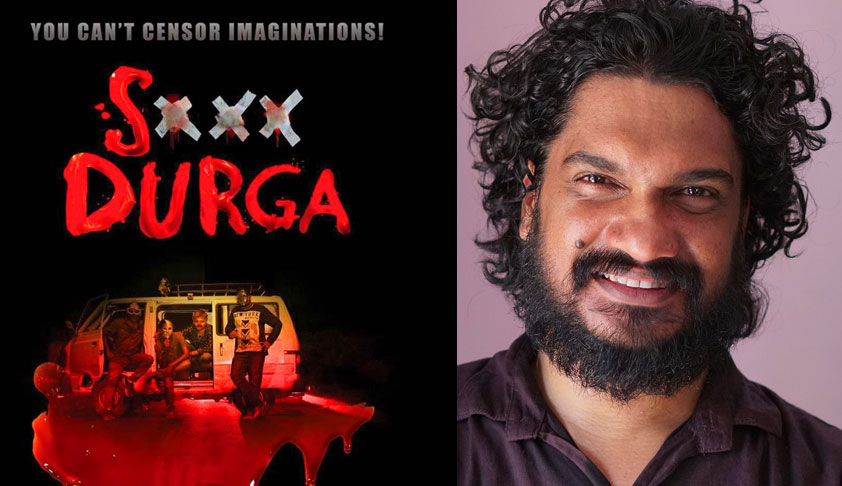 A Petition has been filed before Kerala High Court challenging the exclusion of a Malayalam movie titled ' S. Durga ' from 48th International Film Festival of India (IFFI), which is scheduled to be held at Goa from 20th to 28th November, 2017.

The Petition, filed by the Director of the movie, Mr. Sanal Kumar Sasidharan, challenges the decision of the Union Ministry of Information & Broadcasting as being " illegal, arbitrary and unjust" and as being "motivated by extraneous considerations". Besides challenging the order of exclusion, the Petition also seeks screening of the film at the IFFI, pending the disposal of the Petition.

As per the Petition, the film was originally titled ‘Sexy Durga’ and is a psychological thriller. It narrates the events unfolding on a single night in the life of a couple trying to elope. The Petition further explains, " The film deals with the darker shades of human mind and its sinister potential to create an atmosphere of violence and fear, and attempts to offer a critical view on the misogynistic and oppressive attitude of men towards women by delineating the paradoxical tendency of men to deify and objectify women at the same time."

The I&B Ministry had vetoed the green signal given by the jury constituted as per the Indian Panorama Regulations, which had selected the feature film for screening in the Indian Panorama section of the IFFI. The Petition alleges that the Centre had taken the decision without any notice to the Petitioner and without assigning any reasons for the exclusion.

"The 1st respondent (the I&B Ministry) cannot substitute its wisdom over the decision of the jury. The jury comprises persons of artistic merit, having knowledge of and exposure to films. The decision of the jury rendered on artistic merit cannot be undermined through a bureaucratic process. The exclusion is wholly unjustified, and negates the principle of rule of law and equality.  Since the decision taken by the 1st respondent to exclude petitioner’s film is bereft of the authority of law, the same is void ab initio and non-est in the eye of law," it submits in this regard.

The Petition then proceeds to allege that the decision was rendered due to protests from a few "fringe elements" who misunderstood the original title ‘Sexy Durga’ to be referring to Goddess Durga. The film was, consequently, denied screening at the MAMI Mumbai Film Festival as well.

"Without understanding the context and setting of the movie, such fundamentalist groups acting with ulterior motives, opposed the film and even issued threats to the petitioner, on a baseless notion of hurt religious sentiments. It is submitted that the film has nothing against Goddess Durga, or any other religious icons. The film has no vulgarity or obscenity, and the ones opposing movie have not made any attempts to watch or understand the nuances of the film," it goes on to clarify.

The Petition points out that several members of the jury have since voiced their protest against the exclusion of the film, with its Chairman, Mr. Sujoy Ghosh having resigned as the jury head.

In the light of these submissions, it avers, "That the petitioner’s film has high artistic merit is indisputable in view of the international accolades and awards received by it. The petitioner’s film deserves to be screened in IFFI, and meets all requirements specified in the IFFI Regulations. The decision to exclude the film from screening offends the basic prudence of the average reasonable man. The decision smacks of arbitrariness and malafides.  Therefore, the exercise of powers of judicial review is highly warranted in the instant case."