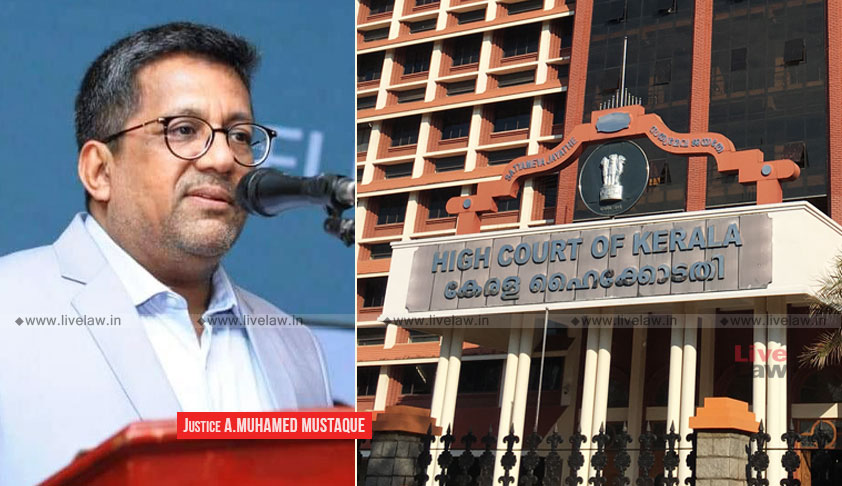 The High Court of Kerala has ordered the re-instatement of Prasad Pannian, Associate Professor of Central University of Kerala(CUK),who was placed under suspension for a making a post in Facebook criticising the University's action against a student.""One cannot be prevented from expressing his views merely because he is an employee. In a democratic society, every institution is governed...

The High Court of Kerala has ordered the re-instatement of Prasad Pannian, Associate Professor of Central University of Kerala(CUK),who was placed under suspension for a making a post in Facebook criticising the University's action against a student.

""One cannot be prevented from expressing his views merely because he is an employee. In a democratic society, every institution is governed by democratic norms. Healthy criticism is a better way to govern a public institution", Justice Muhamed Mustaque, the single judge who dealt with the matter, said in the order.

The post related to the complaint made to police by CUK against a Ph.D scholar, Ganthoti Nagaraju, for breaking the glass pane of a fire alarm. Acting on the complaint, the police arrested the student, who was later remanded to judicial custody. Pannian expressed in Facebook that the matter should have been settled in the campus itself and it should not have been resulted in criminalization of such student.

"As far as I understand, this is a minor offence that should have been settled on the campus itself. Mr. Nagaraju lost his mother a few months back and has been going through severe mental stress and agony for the past few months. He has also not been receiving his fellowship for quite some time. It is extremely saddening to know that our student is lying on the cold floor of the prison cell on charges of breaking a glass pane. I strongly condemn this arrest and appeal to the authorities to secure the release of our student immediately", Pannian had said in his post.

Taking objection to the social media post, the CUK placed him under suspension. Challenging this,he approached the High Court by way of writ petition.

The CUK defended its action stating that it had taken a light view of the matter and had merely divested him of the role of Head of Department, and that Vice Chancellor had the absolute prerogative of choosing the Head of Department. It was also contended by CUK that petitioner's attitude with others was not cordial and several complaints were filed against him.

The Court said that when a person is suspended from discharging his duties as Head of Department, it would be a stigma on his career and reputation. Since the suspension was based on a cause, that cause needs to be examined.

"Posting in a Face Book or social media has become a matter of concern for public authorities. It is a matter of formulation of opinion of others. As pointed out by this Court in several judgments, in the absence of any social media guidelines, such post has to be viewed to find out whether it would be detrimental to the collective interest of the University. The expression of opinion of a teacher in regard to an action cannot be considered as a criticism", the Court said.

"On a glance of the Face Book posting, it can be seen that the petitioner was sympathising a student who has to undergo such pain and trauma of criminalisation of his act", observed the Court.

"I am of the view that the posting can be treated only as a healthy criticism and not as detrimental to the collective interest of the University", observed Justice Mustaque in the order.

Incidentally, a judgment delivered by Justice Mustaque last month held that social media posts by an employee against the actions of the employer-institution will not always amount to misconduct. “Emotional outburst of a disgruntled employee through social media in a louder voice is part of his right of free speech", it was observed in that case, which concerned the suspension of an employee for his Facebook post. The Court had ordered the reinstatement of the employee in that case as well.