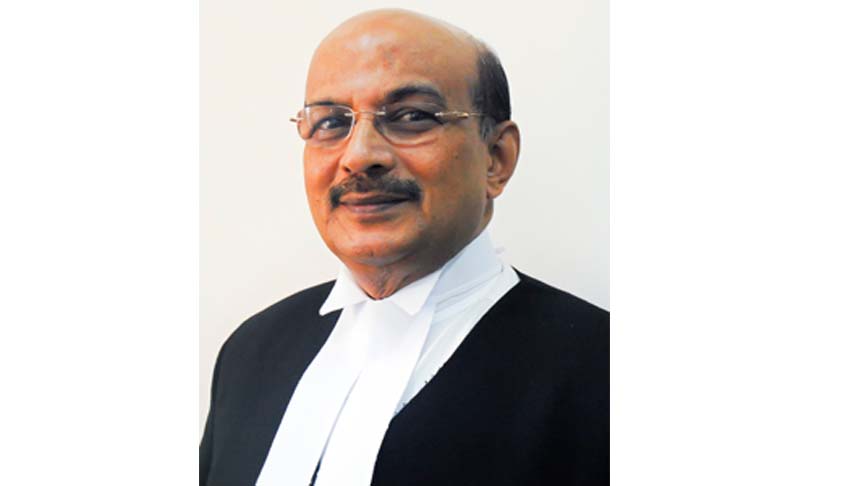 The Petitioner's wife is a Senior Advocate of Kerala High Court and the son is also a lawyer of the High Court. The complaint alleges that the petitioner's son and wife are filing cases against the Government and its instrumentalities and such filing of cases amounts to professional misconduct. It alleges that this is against professional ethics and constitutional morality.

It is also alleged that using his influence, Petitioner facilitated Standing Counselship to his son and they file cases against Government as well as its instrumentalities.

The AG has questioned the show cause notice stating ".. neither the Chairman nor the members for that reason has any authority either under the statute or under the rule to make any step or action in the matter of entertainment of a complaint. That being so, the present Act of the Chairman in entertaining the complaint and to take further steps to call for the remarks which is not only unwarranted beyond the powers of as per the provisions of the Act."

According to the Writ Petition, Sri. T.H.Abdul Azeez, Chairman of the Bar Council of Kerala at appeared on a T.V. Channel on 28th January, 2015 and stated that the Bar Council had issued a notice to the Petitioner on a complaint filed by Advocate J.S. Ajith Kumar. Advocate Dandapani then received a notice dated 21st January, demanding a reply on complaint on professional/ other misconduct.

It asserts that according to the Advocates Act, other than the Bar Council, the Secretary or the Chairman has no authority or jurisdiction conferred by the Act or the Rules to issue any notice or call for any explanation. Hence, it says that the notice is without jurisdiction, illegal and vitiated by malafides.

Averments  in the Writ Petition is to the effect that  the complainant has no case that the petitioner appeared in any cases were his son or wife appeared or that any particular case in which any corrupt or inducement had been exerted. In the absence of such specific details and particulars, it says, the complaint itself is devoid of any substance.

Demanding interference of the Court, the petition submits, "The petitioner is put to manifest injustice and prejudice on account of the ill-motivated action of the Chairman and the Secretary of the Bar Council.  The said sheer abuse of power has to be interdicted at the earliest stage, if such an action is deliberate, without jurisdiction or tainted with malafides. The malafides in initiating the proceedings is writ large on the face of the notice. It will be difficult for the petitioner to expect any fair decision even if he answers the notice. The entire exercise will be reduced to a mockery or a farce."

According Bar Council of Kerala, the Chairman has the authority to issue such notices on the basis of the power conferred upon him by resolutions of the Council and the Council is preparing to file a detailed counter affidavit, countering all averments against the Council.

Read the Copy of the Writ Petition here.