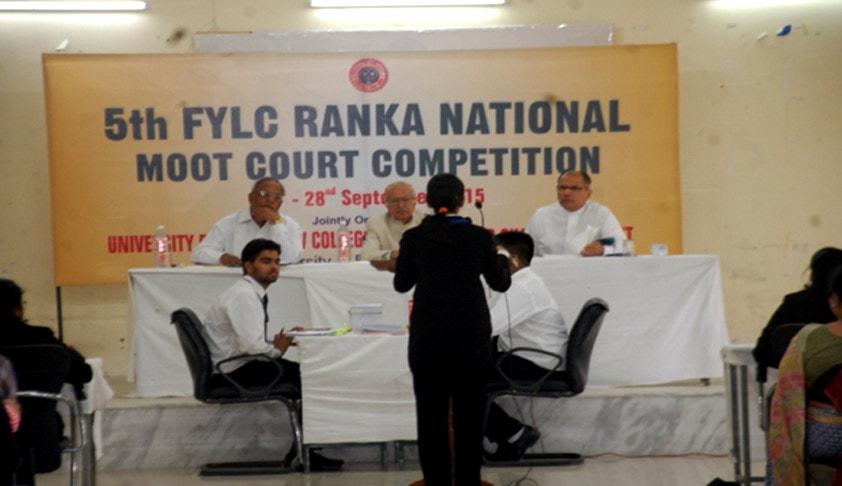 The Chief Guest of the inaugural function of this Competition Hon’ble was Mr. Justice Anil R Dave, Judge Supreme Court of India, who in his Inaugural Address emphasized on the importance of Moot Courts in imparting practical Training to Law Students. A Book on “Law Profession & My Experience & Expectation “by MR. Siddharth Ranka and Mr. Sambhav Ranka was also released during the inaugural session.

48 Teams from all over the Country participated in the Competition. The Semi-Final and Final round of the Competition was organized on 28   September in which Dr. Manju Koolwal, Director Five Year Law College welcome the esteemed Guests and gave them a floral welcome. She thanked her entire team of faculty and students for their constant support. Hon’ble Mr. Justice I. S Israni (retd.) Judge, Rajasthan High Court Ranka also addressed the gathering and emphasized on the need for ethical compliance and requested law students to lead by example. Shri N.M Ranka and Shri  Sanjay Biyani, Academic Director, Biyani Group of College, Jaipur graced the  Valedictory dais.

The best student advocate was bagged by Alphonsa Tresa Thomas of Kerela Law Academy and the best memorial were awarded Rs. 3,000/- and Rs, 2,000/- respectively.