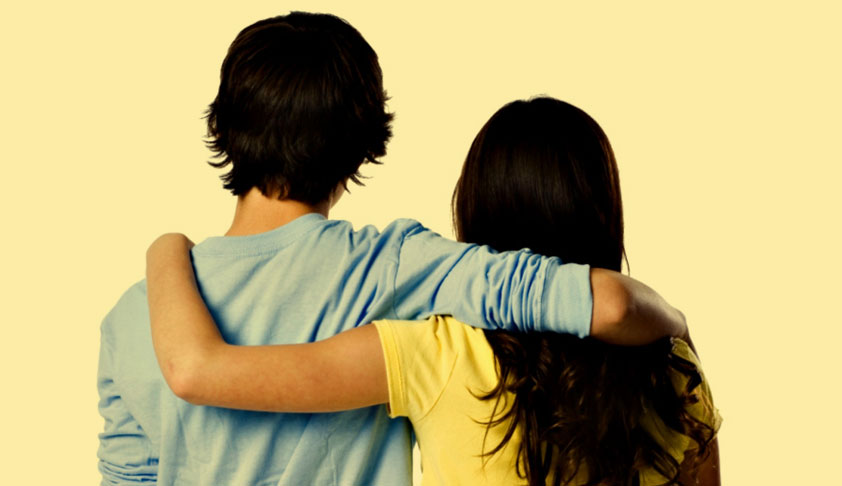 On December 12, Kerala High Court took a step towards restricting the powers and function of the Kerala state child rights commission and giving some more powers to the schools for moral policing of the adolescent behaviour including on line behaviour of the teenagers.A brief over view of the case would show that the 16 year old boy’s ‘publicly showing of  affection’ to his friend, a...

On December 12, Kerala High Court took a step towards restricting the powers and function of the Kerala state child rights commission and giving some more powers to the schools for moral policing of the adolescent behaviour including on line behaviour of the teenagers.

A brief over view of the case would show that the 16 year old boy’s ‘publicly showing of  affection’ to his friend, a girl of his same age attracted the attention of his teacher. Warned for their ‘hugging’ infront of third person (i.e. the teacher), both gave apology letters. The school then went on to dig in the boy’s private Instagram account to provide proof of his emotional and physical bonding with his special friend/s because the disciplinary committee’s wanted to punish him for his character.The school suspended him after getting his pictures from Instagram, which was not done on the basis of any police complaint by either the girls’ parents (as reported by the news media and neither the court mentioned about any police /criminal report on his instagram account), or by anyone who may be directly or indirectly affected by the teenagers instagram activities. The teenager through his parents approached Kerala state commission for protection of child (KSCPC) which ‘served order’ on the school to admit the teenager in the school and let him continue his studies. The school authorities approached the Kerala High Court against this ‘order’ and the latter supported the school’s action in suspending the student.

The 23 page order emphasised upon the technicalities behind the power of the KSCPC to serve such ‘order’ and decided that the powers of KSCPC is  merely recommendatory . However, I do not intend to cover these technicalities.

Interestingly this judgement is pronounced after the Justice Puttuswamy decision which has given a completely new understanding of right to privacy as a fundamental right. As such, what interests me is the clash of concepts of privacy, surveillance and moral policing for adolescent behaviours in the real life as well as online. Some interesting questions that evoke in my mind  are:

A brief reading of the judgment would suggest that the pictures uploaded in the instagram by the teenager were not construed as offensive by any stakeholders. The judgment is also silent whether these photos had any criminal past; that is to say, whether they were results of revenge porn or voyeurism or rape videos. Impliedly this may mean that the photos thus shared, were results of natural adolescent behavior of the teenager with his friend and/or special friend. Now, as the school authorities had alleged, could the photographs be construed as ‘obscene’ in the Indian understanding because they may contain certain compromising poses? Indian penal code has a century old definition of obscenity under S.292 which emphasises upon the power of the lascivious content to ‘corrupt’ and deprave  the minds . I would like to make it clear that I have not seen the pictures myself, nor do I follow either of the ‘suspended’ students of this particular school. But being an avid social media user and observer and a cyber crime victim counsellor, I feel that the modern social concept of ‘obscenity’ (which is different than legal understanding of the term) needs to be ascertained here. We can not run away from the influence of Miller vs. California. I had earlier observed that “Miller verdict emphasises on the social acceptance of the behaviours and social value systems when terming such activities as crime.”[1] But consider a very  normal adolescent instinct of consensual  hugging the other gender, dressing in western outfits (which may reveal skin more than the older generation in this case was exposed to),  kissing (and not necessarily Hollywood style lip-locking) or getting cosy with each other and taking pictures in the same position and also uploading such pictures in the private account of the social media; we must not forget that India is not governed by Talibanic laws and such behaviours including posting such pictures on social media can not be considered offensive unless they have been done with an ulterior motive to harm anyone including the boy and the girl in the question. Existing legal provisions for regulating online sexual crimes in IPC, IT Act and POCSO also touch on the same chord.  Hence the question that needs to be answered is whether the pictures shared through Instagam were meant to harm any of the subjects of the pictures? The judgement also does not say anything about this.

Next, the school took the stand of loco parentis not only for the suspended student or his friend, but apparently for the entire student committee. Here the plea of the school that such pictures may have or have actually affected the morale of the other students matches with the core concept of Miller verdict to a certain extent because the over all effect on the society had been considered. But we need to understand that the school had ‘found out’ existence of such pictures in the boy’s account. It means the pictures were already there before the school could actually come to know about the existence of these pictures. Had these pictures affected the student community of that particular school in any manner and did it affect the overall performance of the students or did it instigate any student to commit any other sexual offence? There is no information available on this. But the question is, can the   school step into the shoes of loco parentis to monitor what students are doing beyond school hours on internet? Given the fact that the boy was using privacy setup, it can be presumed that he is aware of cyber safety policies. But this does not necessarily mean that he would be aware of the offences that can be done negligently on internet. If therefore the school had produced such photographs, they have definitely infringed the privacy of the boy either directly or through third party by data mining and photo mining without any offence that may have been committed by him.

However, being a private school, they may have internal policies to regulate the behaviours of the student. Seeing from this aspect, the child may have violated the norms of the policies which may restrict the adolescent behavior of teenagers. But this may not provide an extended right to monitor the students activities online especially when he is exercising a right to expression by posting photographs with his friends. It is interesting to note how the social understanding of adolescent behaviour online is being construed by schools for  invading their online privacies. Schools may not tame the adolescent minds in all cases just like how law can not tame the minds, but can only regulate the behaviours. The school in proving his character has infact done more harm especially when there was no news of any complaint regarding his online activities targeting individuals, State or any other entities: social media is an open platform to express love, respect and hate. Such invasion of digital privacy may lead the students to take irrational coping mechanisms like taking revenge on the school authorities or teachers or any other individual who may have been asked to assist the school in getting the pictures from private accounts.[2] Such action may make the school authorities liable for stalking. But again, there is a legal lacuna in understanding when stalking in the name of monitoring can not be considered as an exception to the offence.[3]

It becomes essential then to demarcate a line between  school’s responsibility to monitor a student for his wellbeing which is directly related to the reputation of the school and the right of the adolescent teenager students behaviour in showing off affection publicly especially to special friends.  The schools must understand that the modern age teenagers can not be treated like their earlier generation who had a very restricted understanding about sexuality, sexual orientation and digital technology which assist in sexual gratification by allowing them to view otherwise  ‘restricted contents’. Further, the understandings of Privacy including digital privacy as fundamental right need to be seen from contemporary social aspects. The schools as important stakeholders in the welfare of the children must provide enough guidance and counselling to the students for social behavior as per the modern healthy society and not as per extremely orthodox societies. It obviously becomes extremely difficult for the teenagers of this age to cope with ‘social pendulum’ (as according to legal academicians like Professor Mrinal Raste) which needs the children to be ‘smart’, ‘modern’, exposed to the contemporary societies of other countries and at the same time very much ‘Indian’ for discipline.[4] Often the gap is created by caregivers including the parents and the schools in imparting right type of information about adolescent sexual behaviour. This motivates the teenagers to learn from other sources including social media which is guided by western social understanding and laws, which is different than orthodox disciplinarian society offered by schools and families in several parts of India.

The parties to this case may decide to go for an appeal against this judgement. The teenager’s family may also decide to shift him to a different school or different city as had happened in the past with suspended or punished students who had been punished for various cyber offences including revenge porn. But as usual, this may not serve the purpose of sensitising him or other children about how to use social media controlling their adolescent mindset. Let us hope that teenagers like this boy in question take rational coping mechanism with such situation and restrict using social media for  revenge taking mentality. Dr.Debarati Halder,  is the Honorary managing director of Centre for Cyber Victim Counseling. She received her LL.B. from University of Calcutta, LL.M from Madras University and she did her Ph.D from NLSIU Bangalore. She is the author of the book Cyber crimes against women in India published by Sage (https://in.sagepub.com/en-in/sas/cyber-crimes-against-women-in-india/book253900). She is presently working as Professor & Head of the Research Department at Unitedworld School of Law, Karnavati university, Gandhinagar, Gujarat. More about her research and probono activities can be found @http://www.debaratihalder.org/