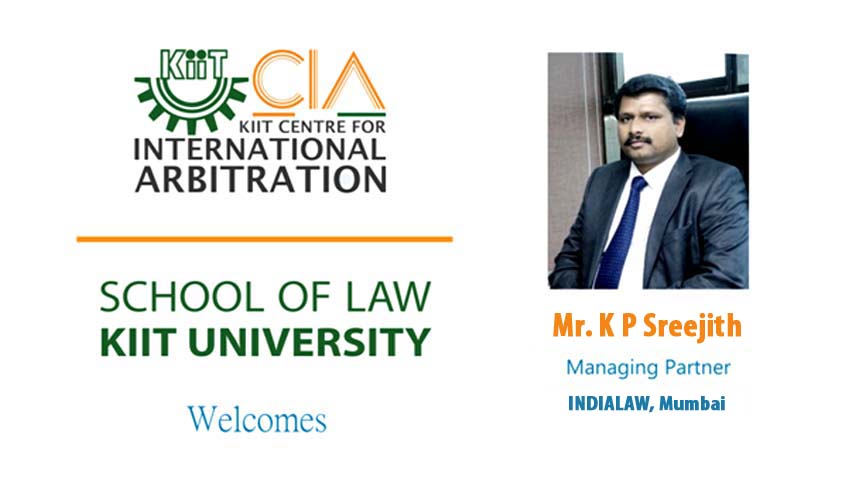 KIIT Centre for International Arbitration (KCIA) was established in November 2013 as an independent arbitration Centre in the premises of KIIT University, situated in Bhubaneswar.KCIA, supported by Thomson Reuters Westlaw India, organized its inaugural six-day training workshop on International Arbitration, from the 9th to 14th of November, 2013, which witnessed over 191 participants. KCIA...

KIIT Centre for International Arbitration (KCIA) was established in November 2013 as an independent arbitration Centre in the premises of KIIT University, situated in Bhubaneswar.

KCIA, supported by Thomson Reuters Westlaw India, organized its inaugural six-day training workshop on International Arbitration, from the 9th to 14th of November, 2013, which witnessed over 191 participants. KCIA was also proud to organize the 1st Annual KCIA Lecture during the above stated period, which was delivered by Mr. Paul Bowden, Partner, Freshfields Bruckhaus Deringer (London Office).

KCIA had organised seven Guest Lectures as a part of its General Arbitration Certificate Course (GACC). For the present course, around 200 students from the School of Law and School of Management enrolled themselves for rigorous sessions, which also included lecture sessions by legal luminaries and experts in the field of arbitration, such as the following

Mr. K. P. Sreejith, Managing Partner of INDIALAW, Mumbai, convened the 7th GACC Lecture Session organised on the 7th April, 2015, where the theme of the lecture was “Enforcement of Arbitral Awards”. Mr. Sreejith’s lecture gave a completely different perspective on the practical areas of arbitration, which helped students to look into the procedural aspects and nuances of the arbitration proceedings in the country. He provided examples and related the arbitral awards enforcement through the provisions of the Arbitration Act, 1996, the Code of Civil Procedure as well as other statutes and provisions. Overall, it was an enriching and enthralling experience for the students who were given an opportunity to interact and discuss their point of view with the much esteemed lecturer himself. The students eagerly await to witness such events in the near future.

The lecture garnered great response from the students as well as the faculty. Prof.(Dr.) Nirmal Kanti Chakrabarti, Director, School of Law, KIIT University said, “I am delighted to have been present at the lecture organized by KCIA wherein a legal luminary like Mr. K.P. Sreejith shared his valuable expertise pertaining to the enforcement of arbitral awards, both in domestic and international context. The fact that one of Mr. Sreejith’s team completed settlements of over a lakh arbitral cases in a span of just over five years, underscored the growing importance of arbitration in commercial transactions around the world and in the country, and enhanced the stature of our endeavour to host this lecture series and the certification course which could witness the presence of such a veteran knowledgeable practitioner like Mr. Sreejith interacting with our students. With the support and encouragement from such esteemed legal luminaries, I am confident that KCIA will be able to achieve success in all its future endeavours.”