“I know Your Lordship’s Affection Towards Ladies!” 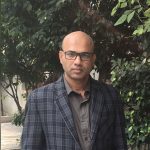 It was quite a while back. Former Chief Justice Of India, Justice Rajendra Babu was hearing a Transfer Petition filed by a husband to transfer a divorce case filed by his wife to the place of his choice. As per the practice that existed then, the court was in no disposition to accept the husband’s plea. The earthy lawyer who was representing the husband realized the fate of his case; he...

It was quite a while back. Former Chief Justice Of India, Justice Rajendra Babu was hearing a Transfer Petition filed by a husband to transfer a divorce case filed by his wife to the place of his choice. As per the practice that existed then, the court was in no disposition to accept the husband’s plea. The earthy lawyer who was representing the husband realized the fate of his case; he knew that despite a good case, the Judge was in favor of the wife.  He pleaded desperately, “Please my lords, please … I know my Lordship’s affection towards ladies.” Justice Rajendra Babu could not control his laughter.

We all know what that innocent lawyer wanted to convey. He meant, “I know Your Lordship’s sympathy towards women”.  Wrong words to a Right man and therefore, he escaped unscathed.

‘Sympathy towards women’  was the corner stone of  our ‘Transfer Petition Jurisprudence’ till a few of Supreme Court judges started becoming an exception to that rule.

The growing number of matrimonial disputes involving inter-state domicile of the couples had its impact and started choking the Supreme Court. The pressure on the Court is inevitable as long as the Supreme Court is vested with the original jurisdiction to transfer inter-state civil and criminal disputes under Section 25 of the Code of Civil Procedure and Section 406 of the Criminal Procedure Code respectively.

The seamless flow of Transfer Petitions triggered the Supreme Court to deliver a judgment on 9.3.2017 (Krishna Veni Nagam v. Harish Nagam) wherein the Supreme Court pointing out the technological advances such as video conferencing,  instructed the lower courts to improve the infrastructure so as to make use of such facilities in its proceedings when the parties happen to be residing in different states. Interestingly, in that case, instead of directing use of video conferencing facilities, the court, owing to the pendency of litigation, transferred the case from the Family Court in Jabalpur to the Family Court in Hyderabad, where the wife is ordinarily residing.

The relevant text from judgment (para 18 and 19) is as follows:

“We, therefore, direct that in matrimonial or custody matters or in proceedings between parties to a marriage or arising out of disputes between parties to a marriage, wherever the defendants/respondents are located outside the jurisdiction of the court, the court where proceedings are instituted, may examine whether it is in the interest of justice to incorporate any safeguards for ensuring that summoning of defendant/respondent does not result in denial of justice. Order incorporating such safeguards may be sent along with the summons.

The safeguards can be:-

We hope the above arrangement may, to an extent, reduce hardship to the litigants... However, in the present case since the matter is pending in this Court for about three years, we are satisfied that the prayer for transfer may be allowed. Accordingly, we direct that proceedings in Case No.179A/2013 under Section 13 of the Act titled “Harish Nagam vs. Krishna Veni Nagam” pending on the file of II Presiding Judge, Family Court, Jabalpur, Madhya Pradesh shall stand transferred to the Family Court, Hyderabad, Andhra Pradesh…. It will be open to the transferee court to conduct the proceedings or record evidence of the witnesses who are unable to appear in court by way of video conferencing. Records shall be sent by court where proceedings are pending to the transferee court forthwith”.

Though the above judgment was delivered in March, 2017, many Benches of the Supreme Court, barring few judges have been allowing transfer petitions based on the convenience of the parties. In the case of Transfer Petitions, it has become the luck of parties based on the listing of cases whether their petitions would be allowed or not. If the matter is listed before judges who follow the Krishna Veni  Judgment, you get the standard order of video conferencing whereas if it is  listed before certain other judges, the matter will be decided on its merits based on Section 25 of CPC.  As a practicing lawyer in the Supreme Court of India, I can definitely say that the Supreme Court of India has no uniform approach in the case of Transfer Petitions.

This can be better explained with my own experience in transfer petitions. In one of my cases, the petitioner/husband filed a petition for divorce in Delhi. The transfer petition filed by the wife, seeking transfer of the divorce petition to Mumbai was admitted by the Hon’ble Supreme Court and stayed the proceedings going on in the Delhi Court. The husband, thereafter filed another petition for custody of the child in the Delhi Court, and the wife was constrained to file the  second transfer petition seeking transfer. The first transfer petition came up for final hearing before Justices    Ranjan Gogoi, Prafulla C Pant and Navin Sinha on 27.7.2017 and the Court was pleased to transfer divorce case to Mumbai where the wife and kids are residing.  The second Transfer Petition came up for hearing before Justices  Arun Kumar Mishra and Amitava Roy. Though it was submitted that divorce petition had already been transferred and order copy was submitted to the Court, the Court dismissed the second TP.   As a result, the divorce petition filed by the Husband is transferred to Mumbai and the custody petition filed by the husband is retained in Delhi. Since order of the Supreme Court is final, I should not comment more on this.

Of course, as noted in Krishna Veni’s case, the ever swelling number of Transfer Petitions is consuming the valuable time of Supreme Court. It is also to be noted that a strict adherence to Krishna Veni may not always be feasible considering the limitations that techniques like video conferencing have with regard to trial, especially cross examination, confronting witnesses with documents and the like.

In the alternative, there can be appropriate amendments in the Supreme Court Rules, where a Judge in Chamber may be conferred jurisdiction to dispose of Transfer Petitions, saving much of precious judicial time, but as long as Section 25 of CPC and 406 of  Cr PC  and the Supreme Court Rules stand unamended, the Court has to live with it.