An Introduction To FIR 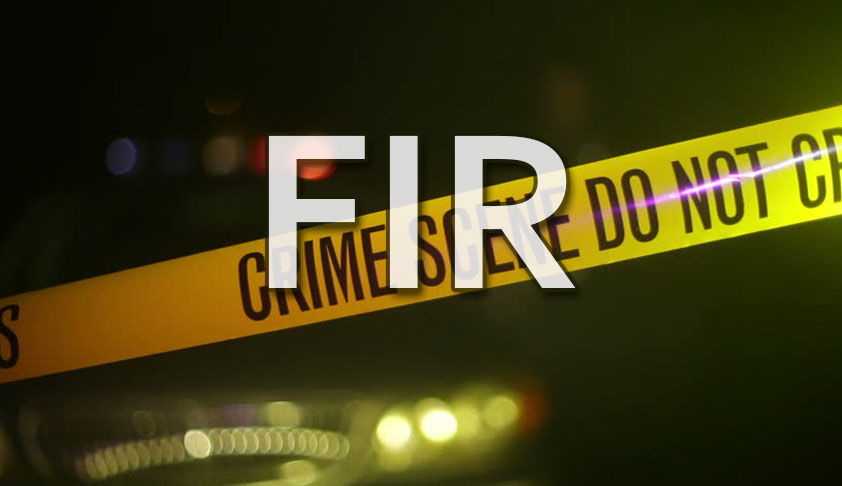 If you've been brought up in India, you'd know one term which has been most loosely used is F.I.R. From the shopkeepers in your local market to the big media houses, from tenants to landlords or even brothers disputing a will, the easiest respite is to threaten the other person. Most common one being threat against lodging a F.I.R. So what is it exactly? Where, when and by whom can it...

If you've been brought up in India, you'd know one term which has been most loosely used is F.I.R. From the shopkeepers in your local market to the big media houses, from tenants to landlords or even brothers disputing a will, the easiest respite is to threaten the other person. Most common one being threat against lodging a F.I.R. So what is it exactly? Where, when and by whom can it be filed? What do I do if an officer refuses to lodge my report? These questions loom large in your mind as a fresh entrant to a Law School or if you're a non- law student and unfortunately have to face a situation involving such threats.

F.I.R. (First information Report) as the name suggests is the first information provided regarding commission of a cognizable offence (an offence in which the police may arrest a person without a warrant) by the victim himself or anyone on behalf of the victim., orally or in writing which is then recorded by the officer in charge of a Police Station. Such information can also be given via telephone, letter or an email. If the informant so desires, he can also file an E-FIR on the online portal of the concerned State. The Criminal Procedure Code 1973, however, does not provide any definition for the term. It only lays down the manner in the FIR has to be recorded. The object of registering a F.I.R is nothing but to simply set the investigative machinery rolling. However, it should be kept in mind that the information is authentic and not mere hearsay.

How do you file a F.I.R according to the provisions of the Code?

The procedure to file a F.I.R is given u/s 154 of the Code which mandates the fulfilment of the following checklist:-

Can the Officer refuse to record the F.I.R?

No police officer can refuse to record the information on the pretext that the police station doesn't have the requisite jurisdiction. Doing so shall be considered a dereliction in his duty and will attract provisions u/s 166A IPC.

What can you do if the Officer refuses to record the F.I.R?

Chronology of remedies that are available to the person aggrieved:

Can the Police proceed with investigation without registering F.I.R?

Contrary to the common belief, F.I.R is not the only way to set the investigation into motion. Section 157 Cr.PC lays down that if an officer in-charge of a police station suspects commission of a cognizable offence (which he is empowered to investigate u/s 156 Cr.PC) may after sending a report to the Magistrate, commence an investigation all by himself or direct any subordinate officer to do so.

In a situation where a Magistrate invoking his powers u/s 190 coupled with 156 Cr.PC directs the police officer to investigate into a cognizable offence, the police can proceed without registering a F.I.R.

Directions of the Hon'ble Supreme Court regarding registration of a F.I.R

Surender Kaushik v/s State of U.P., Cr Appeal 305/2013 can be considered an authority in addressing the issue wherein the Court considered all landmark decisions and categorically re-emphasised its stand on prohibition of filing multiple F.I.Rs for the same offence simply because it vitiates the entire purpose i.e. to set the criminal law into motion. Repeated and subsequent reports on the same incident by different informants will jeopardize the investigation. Filing of Multiple F.I.Rs can only be allowed if the later informer accounts for a completely different version of the alleged incident.

In the landmark judgment of Lalita Kumari v/s Govt. of U.P. (2014) 2 SCC 1 wherein the Apex Court while giving an extended meaning to the provisions of the Cr.PC categorically held:

It is a settled position of law that F.I.R is not a substantive piece of evidence. It can only be used as corroborative evidence or to check the creditworthiness of the informant or the witness. The corroborative value of F.I.R substantially declines if there's an unexplained delay in filing of F.I.R, for the simple reason that a delay maybe interpreted as an afterthought and it puts the Courts on guard to look for possibilities of an ill motive or concoction of facts. The position with regard to delay was clearly explained in Arpen Joseph v/s State of Kerala (1973) 3 SCC 114.

However, F.I.R is considered a substantial piece of evidence where the informant does not survive till the conclusion of the trial and the F.I.R is treated as a dying declaration, if it fulfils the criteria as a valid declaration that can be regarded as an admissible piece of evidence.

(Author is a practising Lawyer at Punjab & Haryana High Court)