Can Police Register FIR Based On Confession Statement Of Accused? What Is Its Evidentiary Value? 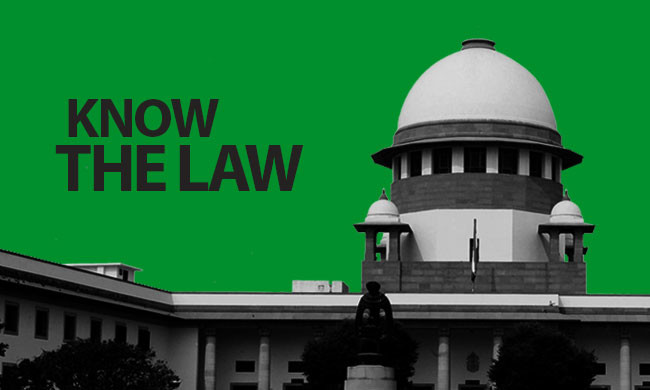 x
Police can register the FIR based on the information given by any person including an accused irrespective of whether his statement amounts to confession or not.

Section 154 of The Code of Criminal Procedure Code deals with registration of First Information Report (though the Section does not use the word 'First Information Report or FIR).It says that every information relating to the commission of a cognizable offence, if given orally to an officer in charge of a police station, shall be reduced to writing by him or under his direction, and be read...

It says that every information relating to the commission of a cognizable offence, if given orally to an officer in charge of a police station, shall be reduced to writing by him or under his direction, and be read Over to the informant; and every such information, whether given in writing or reduced to writing as aforesaid, shall be signed by the person giving it, and the substance thereof shall be entered in a book to be kept by such officer in such form as the State Government may prescribe in this behalf.

The Section further says an Officer in charge of a police station can register every information relating to the commission of a cognizable offence irrespective of the status of the informant.

The Constitution bench of the Supreme Court in the Lalita Kumari Case held that registration of FIR is mandatory under Section 154 of the Code if the information discloses commission of a cognizable offence.

So police can register the FIR based on the information given by any person including an accused irrespective of whether his statement amounts to confession or not.

FIR as such is not substantive evidence. It may be used to corroborate the informant under S.157 of the Evidence Act or to contradict him under S.145 of the Act, if the informant is called as a witness.

The Supreme Court had examined the question of evidentiary of value of a confessional FIR in Aghnoo Nagesia v. State of Bihar [AIR 1966 SC 119]

In the above case Aghnoo Nagesia was charged under S.302 of the Indian Penal Code for murdering his aunt Ratni, her daughter, Chamin, her son inlaw. Somra and Dilu, son of Somra.

The prosecution case was that on August 11, 1963 between 7 a.m. and 8 a.m. the appellant murdered Somra in a forest known as Dungijharan Hills and later Chamin in Kesari Garha field and then Ratni and Dilu in the house of Ratni at village Jamtoli.

The next day, the Sub Inspector in the company of the accused went to the house of Ratni, where he pointed out the dead bodies of Ratni and Dilu and also a place in the orchard of Ratni covered with bushes and grass, where he had concealed a tangi. He then took the Sub Inspector and witnesses to Kasiari garha khet and pointed out the dead body of Chamin lying in a ditch covered with Ghunghu.

The Indian Evidence Act does not define "confession". For a long time, the Courts in India adopted the definition of "confession" given in Art. 22 of Stephen's Digest of the Law of Evidence.

According to that definition a confession is an admission made at any time by a person charged with crime, stating or suggesting the inference that he committed that crime. This definition was discarded by the Judicial Committee in Pakala Narayanaswami v. Emperor, 66 Ind App 66 at p. 81: (AIR 1939 PC 47 at p. 52). Lord Atkin observed: ".......no statement that contains self exculpatory matter can amount to confession, if the exculpatory statement is of some fact which if true would negative the offence alleged to be confessed. Moreover, a confession must either admit in terms the offence, or at any rate substantially all the facts which constitute the offence. An admission of a gravely incriminating fact, even a conclusively incriminating fact, is not of itself a confession, e.g., an admission that the accused is the owner of and was in recent possession of the knife or revolver which caused a death with no explanation of any other man's possession." These observations received the approval of this Court in Palvinder Kaur v. State of Punjab (1), 1953 SCR 94 at p. 104; (AIR 1952 SC 354 at p. 357). In State of U.P. v. Deoman Upadhyaya, 1961 (1) SCR 14 at p. 21: (AIR 1960 SC 1125 at pp. 1128-1129). Shah, J., referred to a confession as a statement made by a person stating or suggesting the inference that he has committed a crime.

A confession may be defined as an admission of the offence by a person charged with the offence. A statement which contains self exculpatory matter cannot amount to a confession, if the exculpatory statement is of some fact which, if true, would negative the offence alleged to be confessed. If an admission of an accused is to be used against him, the whole of it should be tendered in evidence and if part of the admission is exculpatory and part inculpatory, the prosecution is not at liberty to use in evidence the inculpatory part only. (See : Aghnoo Nagesia v. State of Bihar [AIR 1966 SC 119], Hanumant Govind v. State of M.P. 1952 SCR 1091 at p. 1111: (AIR 1952 SC 343 at p. 350) and 1953 SCR 94 : (AIR 1952 SC 354).

If proof of the confession is excluded by any provision of law such as S.24, S.25 and S.26 of the Evidence Act, the entire confessional statement in all its parts including the admissions of minor incriminating facts must also be excluded, unless proof of it is permitted by some other section under as S.27 of the Evidence Act. Little substance and content would be left in S.24, 25 and 26 if proof of admission of incriminating facts in a confessional statement is permitted.

Sometimes, a single sentence in a statement may not amount to a confession at all. Take a case of a person charged under S.304A of the Indian Penal Code and a statement made by him to a police officer that "I was drunk: I was driving a car at a speed of 80 miles per hour. I could see A on the road at a distance of 80 yards; I did not blow the horn: I made no attempt to stop the car; the car knocked down A". No single sentence in this statement amounts to a confession; but the statement read as a whole amounts to a confession of an offence under S.304A of the Indian Penal Code, and it would not be permissible to admit in evidence each sentence separately as a non confessional statement.

Again, take a case where a single sentence in a statement amounts to an admission of an offence. 'A' states "I struck 'B' with a tangi and hurt him". In consequence of the injury 'B' died. 'A' committed an offence and is chargeable under various sections of the Indian Penal Code. Unless he brings his case within one of the recognised exceptions, his statement amounts to an admission of an offence, but the other parts of the statement such as the motive, the preparation, the absence of provocation, concealment of the weapon and the subsequent conduct, all throw light upon the gravity of the offence and the intention and knowledge of the accused, and negatives the right of private defence, accident and other possible defences. Each and every admission of an incriminating fact contained in the confessional statement is part of the confession.

In the Aghnoo Nagesia case mentioned above, after a detailed discussion, the SC held as follows :

Can a part of the information leading to the discovery admissible under Section 27 Evidence Act?

The Aghnoo Nagesia case has answered the above question as follows;

"S.27 applies only to information received from a person accused of an offence in the custody of a police officer. Now, the Sub Inspector stated he arrested the appellant after he gave the first information report leading to the discovery. Prima facie, therefore, the appellant was not in the custody of a police officer when he gave the report, unless it can be said that he was then in constructive custody. On the question whether a person directly giving to police officer information which may be used as evidence against him may be deemed to have submitted himself to the custody of the police officer within the meaning of S.27, there is conflict of opinion. See the observations of Shah, J. and Subba Rao, J. in (1961) 1 SCR 14 : (AIR 1960 SC 1125). For the purposes of the case, we shall assume that the appellant was constructively in police custody and therefore, the information contained in the first information report leading to the discovery of the dead bodies and the tangi is admissible in evidence".

Can An accused directly approach the Magistrate to record his confession?

A two Judge Bench of Justices KT Thomas and RP Sethi considered this question in Mahabir Singh vs State Of Haryana.

In this case an accused in a murder case barged into a courtroom on his own during the morning hours, exhibiting a knife and wanting the Magistrate to record his confession.