Can The Court Order Deposit Of Cash As A Condition Precedent For Granting Anticipatory Bail? 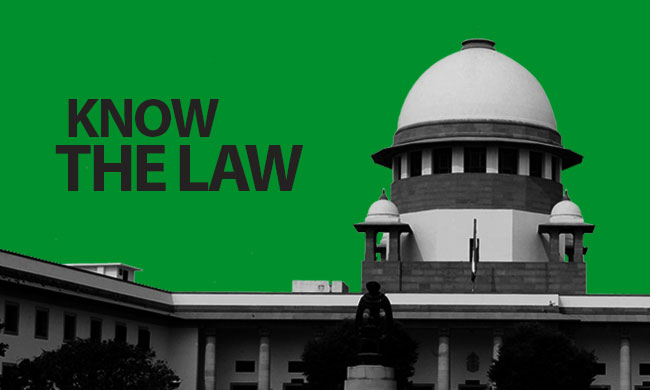 In a recent Judgment, the High Court of Kerala, while jointly hearing four petitions filed by the same petitioner observed that although the deposit of cash as a condition for granting anticipatory bail under section 438(2) is allowed, such discretion must be used with absolute restraint and the amount deposited must not be excessive or onerous. The petitioner in the instant case...

In a recent Judgment, the High Court of Kerala, while jointly hearing four petitions filed by the same petitioner observed that although the deposit of cash as a condition for granting anticipatory bail under section 438(2) is allowed, such discretion must be used with absolute restraint and the amount deposited must not be excessive or onerous.

The petitioner in the instant case had been accused of committing an offence punishable under Section 420 of the Indian Penal Code. It had been alleged that she had obtained a huge amount of money from four persons for the purposes of business and also on the promise that she would arrange visa for their close relatives, but she neither arranged any visa nor returned the money, thereby committing the offence of cheating.

The petitioner filed four applications under Section 438 of the Code of Criminal Procedure, before the Sessions Court at Alappuzha, for granting anticipatory bail to her in these cases. Therein, the Sessions Judge allowed the applications on certain conditions one of the which was that the petitioner shall deposit Rs.25,000/- each in the four cases, before execution of the bail bond.

During the proceedings before the High Court, the counsel for the petitioner submitted that the petitioner had no income and no funds with her to comply with the condition regarding deposit ofcash. It was further contended that the direction to deposit Rs.25, 000/- each in the four cases, was illegal and at any rate, amounted to an onerous and unreasonable condition.

The Public Prosecutor on the other hand contended that since the petitioner had obtained a huge amount of money from the four persons and misappropriated it, the Sessions Judge was perfectly justified in issuing such a direction.

Section 438(2) of the Code states:
"When the High Court or the Court of Session makes a direction under sub- section (1), it may include such conditions in such directions in the light of the facts of the particular case, as it may think fit…."

The issue for consideration before the Court was whether it was legal and proper to issue a direction for deposit of cash by a person, while exercising the power under section 438(1) read with section 438(2) of the Cr.P.C as a condition for granting him anticipatory bail.

Justice R. Naryana Pisharadi of the Kerala High Court observed that under the aforesaid provision a Court is empowered to impose appropriate conditions to avoid possibility of person hampering the investigation of the case. However, any condition, which has no reference to the fairness or propriety of the investigation or trial, cannot be countenanced as permissible under law and the discretion of the court must be exercised with utmost restraint since there is no absolute power to impose 'any condition' that it chooses.

Referring to a number of cases, the High Court stated that the principle that although normally no direction for deposit of cash by the accused as a condition for granting him bail shall be made, exceptions are there.

Referring further to the observations of the Apex Court in Sumit Mehta v State (2013) 15 SCC 570 the Court stated that imposing such a condition for granting anticipatory bail is allowed in cases of cheating, financial frauds, white-collar crimes etc and hence is not impermissible by law. However, the court has to take care that, the amount ordered to be deposited in such cases, is not highly excessive or onerous and does not amount to virtually denying the accused the benefit of bail.

With regards to the facts of the case, the Court observed that it could not come to a conclusion on whether the allegation was true since mere failure of the petitioner to repay the money borrowed for business purposes would not attract cheating and there had been undue delay in reporting the matter to the police.

In Sumit Mehta v State (2013) 15 SCC 570 Supreme Court held that while exercising power under Section 438 of the Code, the Court is duty bound to strike a balance between the individual's right to personal freedom and the right of investigation of the police. For the same, while granting relief under Section 438(1), appropriate conditions can be imposed under Section 438(2) so as to ensure an uninterrupted investigation. The object of putting such conditions should be to avoid the possibility of the person hampering the investigation. Thus, any condition, which has no reference to the fairness or propriety of the investigation or trial, cannot be countenanced as permissible under the law. So, the discretion of the Court while imposing conditions must be exercised with utmost restraint.

"We also clarify that while granting anticipatory bail, the Courts are expected to consider and keep in mind the nature and gravity of accusation, antecedents of the applicant, namely, about his previous involvement in such offence and the possibility of the applicant to flee from justice. It is also the duty of the Court to ascertain whether accusation has been made with the object of injuring or humiliating him by having him so arrested. It is needless to mention that the Courts are duty bound to impose appropriate conditions as provided under sub-section (2) of Section 438 of the Code".

"Thus, in the case on hand, fixed deposit of Rs. 1,00,00,000/- for a period of six months in the name of the complainant and to keep the FDR with the investigating officer as a condition precedent for grant of anticipatory bail is evidently onerous and unreasonable. It must be remembered that the Court has not even come to the conclusion whether the allegations made are true or not which can only be ascertained after completion of trial. Certainly, in no words are we suggesting that the power to impose a condition of this nature is totally excluded, even in cases of cheating, electricity pilferage, white-collar crimes or chit fund scams etc".

The Court further held that the words "any condition" used in the provision should not be regarded as conferring absolute power on a Court of law to impose any condition that it chooses to impose.

Any condition has to be interpreted as a reasonable condition acceptable in the facts permissible in the circumstance and effective in the pragmatic sense and should not defeat the order of grant of bail. We are of the view that the present facts and circumstances of the case do not warrant such extreme condition to be imposed.

In the matter of Ramathal & Others vs. Inspector of Police and Another reported in [ (2009) 12 SCC 721],Supreme Court was considering a case in which the High Court had passed an order granting anticipatory bail on condition that in the event of arrest, the accused persons shall be enlarged on bail on their depositing Rs. 32,00,000/- before the Judicial Magistrate and also on their executing their personal bond of Rs. 1,00,000/- with two sureties each for the like sum to the satisfaction of the Magistrate. In that case after hearing the parties, the Hon‟ble Supreme Court ruled as under:-

"13. It appears that in the aforesaid facts and circumstances, the High Court passed the impugned order with the intention of protecting the interest of the complainant in the matter. In our considered opinion, the approach of the High Court was incorrect as under the impugned order a very unreasonable and onerous condition has been laid down by the Court as a condition precedent for grant of anticipatory bail."

"7. Having regard to the facts and circumstances of the present case, we have no hesitation in coming to the conclusion that the imposition of condition to deposit the sum of Rs 15 lakhs in the form of FDR in the trial court is an unreasonable condition and, therefore, we set aside the said condition as a condition precedent for granting anticipatory bail to the appellant-accused."

In a judgment delivered last month, the Supreme Court reiterated that bail cannot be made conditional on heavy deposits beyond the means of the applicant.