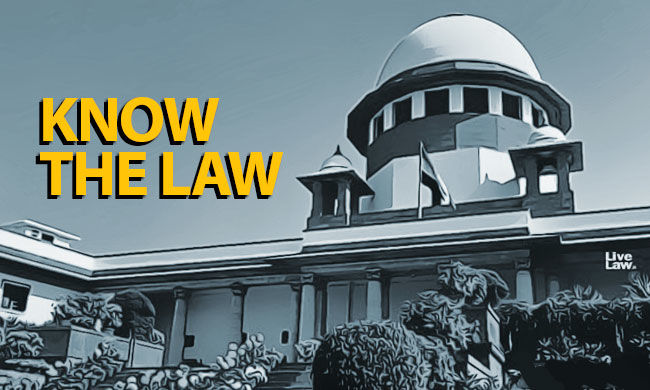 Those things which have been so often adjudged ought to rest in peace. This statement by the English jurist, Lord Coke succinctly summarizes the jurisprudential force of the doctrine of precedent. The doctrine of precedent occupies an important position in the organization of any judicial system. It implies that a decision by a court higher in the pyramid of judicial hierarchy, binds the subordinate courts. In India, Article 141 of the Constitution provides that the law declared by the Supreme Court shall be binding on all courts within the court. Similarly, a decision by a High Court of a State is binding on all the subordinate courts in that State and a decision of a division Bench of a state High Court is binding, on the judges sitting singly in that same High Court.

However, despite the strict rigour of this doctrine, there are two ways in which the applicability of this doctrine can be escaped: (i) per incuriam and (ii) sub-silentio. A judgment which is per incuriam or is passed sub-silentio will not be strictly binding as a precedent, and can be validly deviated from. In this explainer-post, an attempt is made to examine the meaning, scope and differences between these two defences/escapes to the applicability of the doctrine of precedent.

The term per incuriam literally means "through the lack of care". The doctrine of per incuriam as an exception to the doctrine of stare decisis was discussed at length by Lord Green M.R. in the case of Young v. Bristol Aeroplane Company, wherein it was observed: "The Court is not bound to follow a decision of its own if it is satisfied that the decision was given per incuriam, for example, where a statute or Rule having statutory effect which would have effected the decision was not brought to the attention of the earlier Court".

It is however pertinent to remember the limited scope of the classification of a judgment as per incuriam. As noted in the Halsbury Laws of England: Judgment and Orders: Judicial Decisions as Authorities, a decision should not be treated as given per incuriam, simply because of a deficiency of parties, or because the court had not the benefit of the best argument, and that as a general rule, the only cases in which decisions should be held to be given per incuriam are those given in ignorance of some inconsistent statute or binding authority. Even if a decision of the Court of Appeal has misinterpreted a previous decision of the House of Lords, the Court of Appeal must follow its previous decision and leave the House of Lords to rectify the mistake.

The Indian jurisprudence on the doctrine of precedent has also accepted per incuriam as a valid exception to the principle of stare decisis. In the case of State of U.P. v. Synthetics and Chemicals Ltd., the Supreme Court cited with approval the English principle, "quotable in law is avoided and ignored if it is rendered, in ignoratium of a statute or other binding authority", observing the non-binding value of a per-incuriam judgment.

As observed in the case of M/S Hyder Consulting(Uk) Ltd vs Governer State Of Orissa, in exceptional circumstances, where owing to obvious inadvertence or oversight, a judgment fails to notice a plain statutory provision or obligatory authority running counter to the reasoning and result reached, the principle of per incuriam may apply.

The principle of per incuriam will also apply when a court omits to consider a binding precedent of the same court or the superior court rendered on the same issue or where a court omits to consider any statute while deciding that issue, as observed in the case of Govt. of A.P. v. B. Satyanarayana Rao. However, as held in Jaisri Sahu vs Rajdewon Dubey & Ors, it would be open for a Bench of co-equal strength to pronounce a contrary decision from what was held in another bench of equal strength.

Another limitation of the doctrine of per incuriam must be noted in this regard. As held by the Supreme Court in the case of A.R. Antulay v. R.S. Nayak and Others doctrine of per-incuriam merely takes away the precedent value of a decision but in no manner it dilutes or affects the binding nature of the aforesaid decision on the parties inter-se". This principle was recently applied by the Allahabad High Court to hold that even if the decision in question is termed as per-incuriam; it will still not rob the impugned decision of its binding value on the two class of persons who are parties inter-se.

The term "sub-silentio" means in or under silence. A decision passed sub silentio in technical sense that has come to be attached to that phrase, when the particular point of law involved in the decision is not perceived by the Court or present to its mind. Professor P.J. Fitzgerald, editor of the Salmond on Jurisprudence, 12th edn, explains the concept of sub-silentio with this illustrative example:

The court may consciously decide in favour of one party because of point A, which it considers and pronounces upon. It may be shown, however, that logically the court should not have decided in favour of the particular party unless it also decided point B in his favour.; but point B was not argued or considered by the court. In such circumstances, although point B was logically involved in the facts and although the case had a specific outcome, the decision is not an authority on point B. Point B is said to pass sub silentio.

In the case of In Lancaster Motor Company (London) Ltd. v. Bremith Ltd, the Court observed that it was not bound by an earlier decision as the same was pronounced 'without any argument, without reference to the crucial words of the rule and without any citation of the authority'.

The most authoritative pronouncement on the principle of sub silentio in India is the case Apex court judgment of Municipal Corporation of Delhi v. Gurnam Kaur wherein the bench, after duw consideration of the English authorities on point, held that precedents sub-silentio and without argument are of no moment. The reason for development of sub-silentio as a defence to the principle of stare decisis is, as observed in the case of B. Sharma Rao v. Union Territory of Pondicherry, that a decision is binding not because of its conclusions but in regard to its ratio and the principles, laid down therein. This exception is, in essence, rooted in the principle that the duty of judiciary is not to declare, but to adjudicate i.e. decide on merits, after due consideration and reasoning.

As expressed by Orissa High Court in the case of Ferro Alloys Corporation Ltd. And vs. Union of India uniformity and consistency is core of judicial discipline, but that which escapes in the judgment without any occasion is not ratio decidendi. It is therefore sound to hold that a judgment cannot be considered as binding vis-à-vis a legal point it didn't consider and reason.

Judgments of superior courts, like statutes, do bind the subordinate courts. However, their binding value comes with a difference: "Judges interpret statutes, they do to interpret judgments. They interpret words of statutes; their words are not to be interpreted as statutes".

The foundational basis for the exceptions of per incuriam and sub-silentio is to balance consistency and judicial discipline, with the flexibility of revising blatantly wrong decisions. The thin line difference between the two is that where a per incuriam judgment is passed in clear violation of a legislation, rule or a judgment of a superior court/larger bench; a judgment passed sub-silentio is essentially the one passed "without consideration/without discussion" on a particular legal point, which ought to have been considered/discussed for the decision.