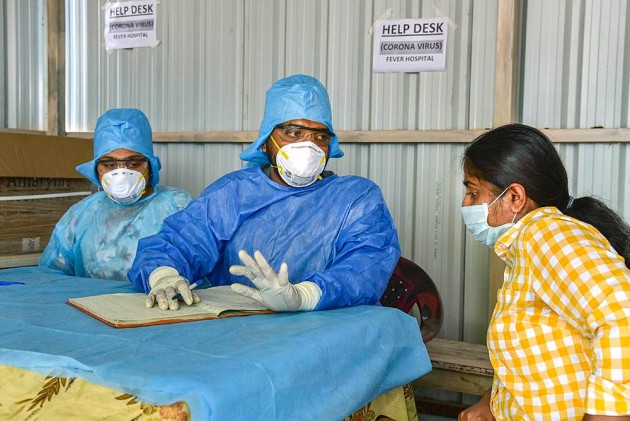 The Epidemic Diseases Act, 1897 invoked by the Central and State governments to combat the impending threat of COVID-19 is a special law, empowering the government to adopt special measures and enforce stringent policies, so as to prevent the outbreak of any dangerous epidemic disease. This legislation, which empowers the government to imprison any person found to be in violation of...

The Epidemic Diseases Act, 1897 invoked by the Central and State governments to combat the impending threat of COVID-19 is a special law, empowering the government to adopt special measures and enforce stringent policies, so as to prevent the outbreak of any dangerous epidemic disease.

This legislation, which empowers the government to imprison any person found to be in violation of the prescribed measures, was first enacted to control the Bubonic plague, spread across the then presidency of Bombay in 1896.

Scheme of the Act

The Act with just four provisions is invoked when the government thinks that ordinary provisions of the law, which are in force, are insufficient to contain the epidemic. It gives special powers to both the Central as well as the State governments to declare any region as "threatened" and to take measures for containment, like screening of travelers, inspection of vessels, special wards for affected persons, etc. (Pretty much everything the government is doing right now)

In particular, Section 2A of the Act empowers the Central government to "take measures and prescribe regulations for the inspection of any ship or vessel leaving or arriving at any port in the territories to which this Act extends and for such detention thereof, or of any person intending to sail therein, or arriving thereby, as may be necessary."

Similarly, the State government has the power to "take, or require or empower any person to take, such measures and, by public notice, prescribe such temporary regulations to be observed by the public or by any person or class of persons as it shall deem necessary to prevent the outbreak of such disease or the spread thereof…," under Section 2 of the Act.

The provision also provides that "the State Government may take measures and prescribe regulations for the inspection of persons travelling by railway or otherwise, and the segregation, in hospital, temporary accommodation or otherwise, of persons suspected by the inspecting officer of being infected with any such disease."

The power under this Section was invoked by the Government of NCT of Delhi to frame Delhi Epidemic Diseases COVID 19 Regulations 2020. Invoking power under these Regulations, lockdown of Delhi was announced from March 23 till March 31.

The use of words like "such regulations as it deems fit" confer extremely wide discretion on the government to inspect any person/place who/which it "suspects" to be affected. This wide discretion may also be used to devise penal provisions against disobedience of potentially whimsical regulations framed by the government, in addition to initiating criminal proceedings under Section 188 of IPC, as provided under Section 3 of the Act; and any action taken under Act is protected by a "good faith" clause as per Section 4.

According to Section 4 of the act, no suit or other legal proceedings shall lie against any person for anything done in good faith under the act.

Some cases under the Act

In a decision given in 1904, the Calcutta High Court discussed the ambit of the protection under Section 4. The issue was whether the then Calcutta Corporation Chairman was protected from liability arising out a demolition of building carried out under the powers of Plague Regulation 2000 to prevent the spread of plague. The Court noted that Regulation 14 of the Plague Regulation mandated that the Corporation should compensate the building owner. The omission to pay compensation is not protected under Section 4, the HC held (Ram Lall Mistry v R T Greener).

There is a reported decision from Orissa High Court, as per which a doctor was punished under Section 3 of the Act read with Section 188 Indian Penal Code for for having refused to get himself inoculated against cholera.  In view of outbreak of cholera in 1959, the Orissa Government had invoked the Act in Puri district.

The doctor, a practitioner of homeopathy, had  refused to get himself inoculated against cholera saying that he had a conscientious objection against inoculation and that he had taken sufficient preventive homoeopathic medicine to protect himself against an attack of cholera. He also stated that he was of the view that inoculation was dangerous to human health and that inoculation would create reactions on the human body which might endanger human life.

The Court said that it was not concerned with the question as to whether inoculation is injurious to health or not or else whether any other system of medicine provides a better remedy against attacks of cholera.
"The simple question is whether the petitioner has contravened the provisions ot Regulation 7 and 8. On his own admission he has con travened them and his guilt is thus established beyond doubt", the Court held (J. Choudhury vs The State).

No definition of 'Epidemic Disease'

Notably,  the Epidemic Diseases Act does not define what an epidemic disease is. The definition or description of a "dangerous epidemic disease" is not provided in the Act. There is no clear definition of whether an epidemic is "dangerous" on the basis of the magnitude of the problem, the severity of the problem, the age of the population affected or its potential to spread internationally.

The regulations under the Epidemic Diseases Act, 1897, requires medical practitioners to notify the public health authority about anybody with a communicable disease and disclose the identity of the person.

There is a criticism that the Act is purely regulatory in nature, lacking a specific public health focus.

"The Epidemic Diseases Act 1897, which is more than a century old, has major limitations when it comes to tackling the emergence and re-emergence of communicable diseases in the country, especially in the changing public health context. Over the years, many states have formulated their own public health laws and some have amended the provisions of their epidemic disease Acts. However, these Acts vary in quality and content. Most are just "policing" acts aimed at controlling epidemics and do not deal with coordinated and scientific responses to prevent and tackle outbreaks. There is a need for an integrated, comprehensive, actionable and relevant legal provision for the control of outbreaks in India that should be articulated in a rights-based, people-focused and public health-oriented manner", commented an article published in the Indian Journal of Medical Ethics.

In 2009, a National Health Bill was mooted to replace this Act with a more rights-based regime. The bill recognized health as a fundamental human right and stated that every citizen has a right to the highest attainable standard of health and well-being. It attempted to ensure a legal framework for providing essential public health services and powers for an adequate response to public health emergencies through effective collaboration between the Centre and the states. The Bill adopted a rights-based approach and upheld the right to treatment and care. It clearly stated the public health obligations of the government. It also mentioned the formation of public health boards at the national and state levels for smooth implementation and effective coordination. There are provisions for community-based monitoring and mention of grievance redressal mechanisms which would ensure transparency. However, the Bill could not get clearance in the Parliament and eventually lapsed.

India's count of confirmed cases of COVID-19, at the time of writing this piece, is 391.