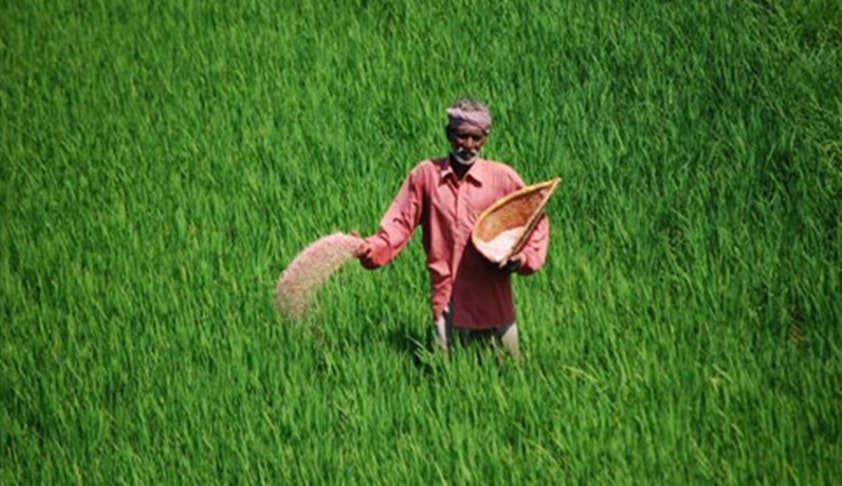 Farmers in many states are protesting against three recent bills passed by the Parliament.The controversy pertains to : 'Farmers' Produce Trade and Commerce (Promotion and Facilitation) Bill, 2020' Farmers (Empowerment and Protection) Agreement of Price Assurance and Farm Services Bill, 2020' andEssential Commodities(Amendment) Bill 2020.A high-voltage drama took place in the Rajya...

Farmers in many states are protesting against three recent bills passed by the Parliament.

The controversy pertains to :

A high-voltage drama took place in the Rajya Sabha during the passage of the first two bills, with the opposition crying foul over the Deputy Chairman proceeding to clear the bills via voice vote, turning down their demand for division on votes. The ensuing ruckus resulted in the suspension of 8 opposition MPs. Smt. Harsimrat Kaur Badal of NDA's ally SAD resigned as the Union Cabinet Minister of Food Processing Industries citing differences over the bills.

The Essential Commodities Amendment Bill was passed by the upper-house on September 22, without the presence of the opposition members.

Here is a brief explainer about some of the key provisions of these laws and the controversies surrounding them.

In simple terms, this Bill seeks to permit the sale of agricultural produces outside the markets(mandis) regulated by the Agricultural Produce Marketing Committees(APMCs) constituted by different state legislations.

Many states have passed laws to mandate agricultural trade only through APMCs with the aim of protecting farmers from exploitation and to ensure fair prices for the produces. The Bill seeks to eliminate such restrictions.

As per its Statement of Objects and Reasons, the regulatory framework of APMC laws "hindered the freedom of choice-based marketing and also the inflow of investment in the development of alternative markets and marketing infrastructure".

The definition of 'trade area' as per Clause 2(m) of the Bill specifically excludes "market yards, sub-market yards and market sub-yards managed and run by the market committees formed under each state APMC (Agricultural Produce Market Committee) Act" and "private market yards, private market sub-yards,direct marketing collection centres, and private farmer-consumer market yards managed by persons holding licenses or any warehouses, silos, cold storages or other structures notified as markets or deemed markets under each State APMC Act in force in India".

To give effect to the same, following entities may establish and operate an electronic trading and transaction platform:

The Bill, through Clauses 3 & 4, gives freedom to the farmer to indulge in intra-state or inter-state trade in areas outside the APMC mandis.

It also prohibits the collection of any market fee or cess under the state APMC Acts with respect to such trade outside the APMC market yards(Clause 6).

A key provision of the Bill is Clause 14, which gives it an overriding effect over the inconsistent provisions of the State APMC Acts. Also, the Central Government has been given powers to frame rules and regulations under the Act.

In this regard, it may be noted that all states do not have the APMC system. Bihar had abolished it in 2006. Kerala, Manipur, Andman & Nicobar Islands, Lakshwadeep Islands, Dadar & Nagar Haveli and Daman & Diu do not have Agricultural Produce Market Committee (APMC) Act. While Sikkim does have APMC Act but is not implemented.

This Bill intends to provide for contract-farming.

As per its preamble, it seeks to provide for a "national framework on farming agreements that empowers farmers to engage with agri-business firms, processors, wholesalers, exporters or large retailers for farm services and sale of future farming produce at a mutually agreed 'remunerative price'".

Clause 3 of the Bill states that a farmer may enter into a written farming agreement in respect of any farming produce. The bill seeks to fix some terms of such an agreeement as follows :

No farming agreement shall be entered into by a farmer in derogation of any rights of a share cropper.

The Bill establishes a Registration Authority to provide for e-registry and for registration of farming agreements.

It also provides for conciliation and dispute settlement mechanism for settlement of disputes under the farming agreement. The jurisdiction of civil courts over such disputes have been barred, and they are to be resolved through the resolution mechanism provided by the Bill. At first, all disputes shall be referred to a Conciliation Board for resolution. If the dispute remains unresolved by the Board after thirty days, parties may approach the Sub-divisional Magistrate for resolution. Parties will have a right to appeal to an Appellate Authority against decisions of the Magistrate. Both the Magistrate and Appellate Authority will be required to dispose of a dispute within thirty days from the receipt of the application.

The Bill provides that a farming agreement may be linked with insurance or credit instrument under any scheme of the Central Government or the State Government or any financial service provider to ensure 'risk mitigation' and 'flow of credit' to farmer or Sponsor or both.

Clause 8 states that no farming agreement shall be entered into for the purpose of any transfer, including sale, lease and mortgage of the land or premises of the farmer.

Apart from the above two Bills, the Parliament passed a Bill to amend the Essential Commodities Act(ECA) with the objective of restricting the conditions on which the Government can impose stock limit on agricultural produces.

The Bill requires that the imposition of any stock limit on agricultural produce must be based on price rise alone.

Also, the Bill states that the powers of ECA to regulate the supply of food items like cereals, pulses, potatoes, onions, edible oilseeds, and oils can be exercised only under "extraordinary circumstances" like (i) war, (ii) famine, (iii) extraordinary price rise and (iv) natural calamity of grave nature.

With the amendment becoming a law, this power over the said food items can be exercised only under the specified "extraordinary circumstances".

Points of criticism raised by protesters

The major points of criticism raised by protesting groups are :

On the other hand, the government points out that there is no clause to abolish the APMC system and that the laws are instead expanding the choices of farmers to trade outside APMC. But the protesters say that the bill, with its overriding powers over state legislation, will eventually create an atmosphere to weaken the APMC system.

The opposition also asks if the government's intention is to guarantee MSP, why is there no clause in the Bills that stipulates that the "price shall not be less than the MSP" for that produce.

While the government said that the Bill will eliminate middlemen from the supply chain so as to ensure fair prices to the farmers, the opposition contended that middlemen will operate in the form of 'sponsors' for contract-farming.

In Parliament, the opposition also questioned the legislative competence of the Parliament to enact laws relating to farmers produce and contract farming by arguing that agriculture was a state subject.

The Government, in a press advertisement, said that these laws will establish "One Nation One Market" as farmers can sell their crops to anyone, anywhere within the country.

The Bills are awaiting the assent of the President.