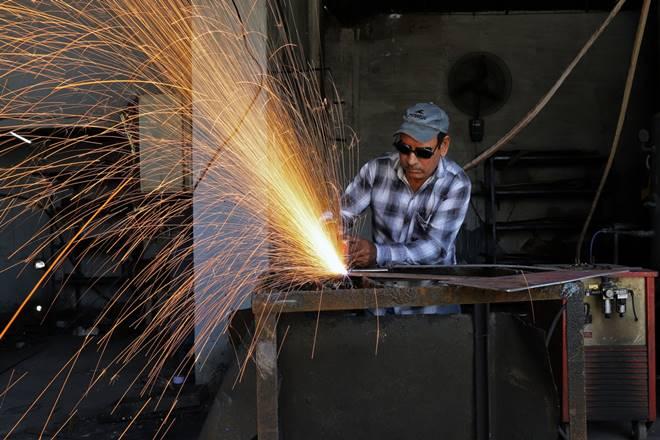 The Parliament recently passed three major bills related to labour laws. They are :

In this part, we will explain the Industrial Relations Code 2020 and the major changes brought by it.

The Industrial Relations Code(hereinafter 'the Code') seeks to amalgamate and combine three major laws governing  employee-employer relationship, after making some key amendments to the provisions.

The Code consolidates the following central enactments and repeals them :

Some notable changes brought by the Code are :

The code mostly retains the definition of 'industry' given in Section 2(j) of the Industrial Disputes Act, 1947(hereinafter 'ID Act'), except for some changes.

The ID Act specifically exempts from the definition the following :

These specific exemptions are not there in the definition of 'industry' in Section 2(p) of the Code Bill.

The definition has specifically excluded institutions owned or managed by organisations wholly or substantially engaged in any charitable, social or philanthropic services; sovereign functions; domestic services.

The definition of 'industrial dispute' has been expanded to include dispute arising out of discharge, dismissal, retrenchment or termination of workers.

The new Code Bill expands the definition to 'strike' to include "the concerted casual leave on a given day by fifty per cent. or more workers employed in an industry".

The definition of worker has been expanded to include working journalists as defined in clause (f) of section 2 of the Working Journalists and other Newspaper Employees (Conditions of Service) and Miscellaneous Provisions Act, 1955 and sales promotion employees as defined in clause (d) of section 2 of the Sales Promotion Employees (Conditions of Service) Act, 1976.

Also, persons employed in supervisory role drawing less than Rs 18,000 per month(or any amount as notified by the Central Government) are brought under the definition of 'worker'.

It states that workers on a fixed term are eligible for all statutory benefits available to a permanent worker proportionately according to the period of service rendered by him even if his period of employment does not extend to the qualifying period of employment required in the statute.

Further, fixed-term employees will be eligible for gratuity if they render service under the contract for a period of one year.

The Code provides for an expanded definition of 'employer' under Section 2(m) to include 'contractor', 'legal representative of deceased employer' etc.

As per the definition, 'employer' means :

As per the Code, an industrial establishment needs to comply with the requirement of adopting Standing Orders only if it has 300 or more workers (Clause 28).

Under the existing law, this threshold is 100.

Standing Orders need to be framed in relation to matters specified in the Schedule such as (i) classification of workers, (ii) manner of informing workers about work hours, holidays, paydays, and wage rates, (iii) termination of employment, and (iv) grievance redressal mechanisms for worker

Notice period for strike made applicable to all establishments: Sections 62&63.

The Code prohibits strikes in all industrial establishments without prior notice of 14 days to the employer.  Under the ID Act, the requirement of prior notice of strike was applicable only to 'public utility services' such as railways, transportation, posts/telegraph/telecommunication, and other notified services.

This means that 'flash strikes' are no longer possible in establishments.

Also, the code increases the validity of the notice of strike to 60 days from the existing 6 weeks.

Further, the time period of arbitration proceedings has been included in the period during which a legal strike is impermissible.

Notice period for lock-out made applicable to all establishments : Sections 62&63.

As in the case for notice for a strike, the notice period for lock-out has also been made applicable to all industrial establishments. Under the ID Act, this was applicable only to public utility services.

Under the ID Act, establishments with more than 100 workers needed the prior permission of the government to retrench workers.

The Code has waived this requirement for establishments with less than 300 workers. Prior permission of the appropriate government for retrenchment, lay-off or closure is necessary only in industrial establishments such as mines, factories and plantations which employ more than 300 workers. Such prior permission is not necessary if the lay-off is due to shortage of power, natural calamity, and in the case of a mine, such lay-off is due to fire, flood, excess of inflammable gas or explosion(Clause 78).

If the appropriate government does not respond to the application seeking permission within 60 days, the permission will be deemed to have been granted.

Industrial Tribunals replace existing multiple adjudicating bodies like the Court of Inquiry, Board of Conciliation and Labour Courts.

The Central Government may, by notification, constitute one or more National Industrial Tribunals for the adjudication of industrial disputes which, in the opinion of the Central Government, involve questions of national importance or are of such a nature that industrial establishments situated in more than one State are likely to be interested in, or affected by, such disputes.

The Code provides for compounding of offences by a Gazetted Officer, as the appropriate Government may, by notification, specify, for a sum of fifty per cent. of the maximum fine provided for such offence punishable with fine only and for a sum of seventy-five per cent. provided for such offence punishable with imprisonment for a term which is not more than one year, or with fine.

Where there is only one trade union in an industrial establishment, the employer is required to recognise such trade union as the sole negotiating union of the workers.

If there are multiple trade unions, the trade union with support of at least 51% of workers on the muster roll of that establishment will be recognised as the sole negotiating union by the employer.