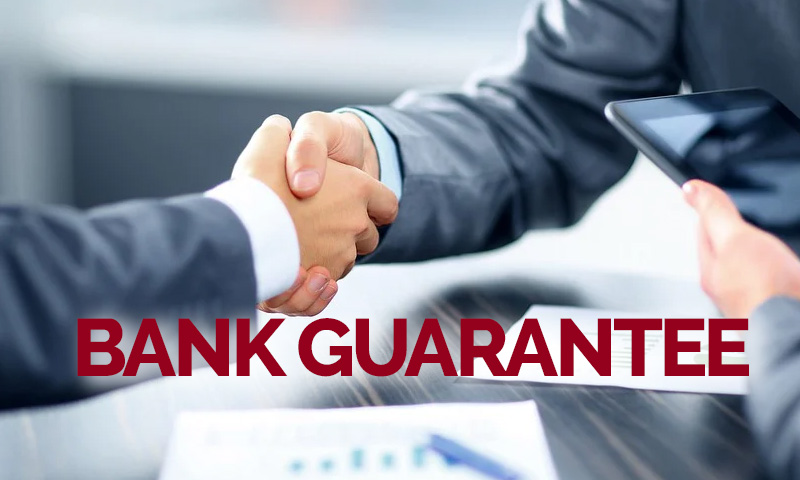 In the modern times, bank guarantees have become the life-blood of trade and commerce and courts are circumspect in ensuring that no interference with the obligations assumed by the banks is there. Intervention by courts in the banks' obligation to honour its commitment would lead to "thrombosis" in the words of Donaldson L.J. (1981). In this article, the meaning of bank guarantee and its various types vis-à-vis indemnity and letters of credit is understood, after which the framework governing issue of bank guarantees in India, as given by the Reserve Bank of India is explained.

Halsbury's Laws of England defines a guarantee as an accessory contract by which the promisor undertakes to be answerable to the promisee for the debt, default or miscarriage of another person, whose primary liability to the promisee must exist or be contemplated (5th Ed., ¶1013). Unless otherwise provided in the contract, the liability of the surety is co-extensive with that of the principal debtor, implying that the creditor need not exhaust his remedies against the principal debtor to make the surety liable (§128, Indian Contract Act, 1872).

Bank guarantees can be tailored to suit different needs and come in various forms covering a number of contingencies such as limited, continuing, payable on demand etc.

Origin of the Term

According to John H. Wigmore's study, credit conceptually presupposed a fairly organized society and did not exist in primitive societies. It is hypothesized by William H. Lloyd that with the development of family system, institution of suretyship emerged, with family members acting as collateral for another (p.42). This led to a system of credit and securities. Eventually, guarantee came to denote undertaking a secondary obligation to ensure performance in commercial transactions. Guarantee and suretyship are terms used interchangeably in Anglo-American legal systems and this is certainly the case in India where the 'guarantor' is termed as the 'surety'.

Max Rodin notes that while 'guarantee' and 'surety' denote the same concept, the "pedigrees of the two words are of unequal dignity" (p.607). Guarantee, a low Latin garantia or garandia was used as a variant spelling of 'warantia' used in the sense of warranty for land and chattels, and only in the eighteenth century became popularly used in law and literature in the sense of a "special obligation" (pp.605-607). Au contrare, the term 'surety' derived from the Latin word securitas had been applied to the person making an engagement to answer for the performance of another, since at least the thirteenth century (p.608).

§124 of the Indian Contract Act, 1872 defines a contract of indemnity as a contract by which one party promises to save the other from loss caused to him by the conduct of the promissory himself, or by the conduct of any other person. The trigger event giving rise to liability of indemnifier is the loss caused, whereas the trigger event giving rise to liability of guarantor is mere default. Indemnity is thus given to protect the debtor, whereas the purpose of a guarantee is to protect the creditor. The guarantor assumes the secondary liability since his liability is triggered only in cases of default.

A guarantor has the right of subrogation, i.e. ability to recover from the debtor any amount paid to the creditor (§140, Indian Contract Act, 1872), but the indemnifier has no such right. A guarantee is a tripartite contract and consists of three contracts – the first, between the creditor and the debtor, the second, between the surety and the creditor and a third contract by which the principal debtor expressly or impliedly requests the surety to act as surety. If the third contract is missing, it becomes a contract of indemnity. This was clarified in the Kerala High Court in the case of Bank of India v. G. Govinda Prabhu (1964).

Letters of Credit or Documentary Credits are instruments widely used in international trade, since they offer security of payment and receipt of goods to contractual parties in different jurisdictions. The ICC Uniform Customs and Practices codified the rules on documentary credits in international trade in what is now known as UCP 600 (first codification in 1933). These are voluntary rules, applicable if specifically incorporated. In simple terms, a letter of credit is a contract by which the issuing party (usually the bank) promises to pay the beneficiary on demand, if the beneficiary presents the requisite documents. A contract of guarantee, on the other hand, is a promise to perform the promise or discharge the liability of a third person in case of his default (§126, Indian Contract Act, 1872). A letter of credit makes the bank primarily liable for payment, whereas a bank guarantee involves a secondary obligation to pay.

In practice, 'standby' letters of credit, performance bonds, performance guarantees and demand guarantees have a similar legal character and operate in a similar fashion. The issuing bank has the obligation to pay, irrespective of actual default or fault on the part of the principal debtor. It must be ensured that the demand made conforms strictly with the terms specified in the contract. Notably, the legal treatment of performance bank guarantees as it exists in India, evolved from the principles of enforcement already in existence of letters of credit. Lord Denning's explanation in U.K. Court of Appeal's decision Edward Owen Engineering Ltd v. Barclays Bank International Ltd. (1978) was wholeheartedly endorsed by the Supreme Court of India in U.P Coop. Federation Ltd. v. Singh Consultants & Engineers (P) Ltd. (1988) to lay the law of the land. It stated:

"the performance guarantee stands on a similar footing to a letter of credit. A bank which gives a performance guarantee must honour that guarantee according to its terms. It is not concerned in the least with the relations between the supplier and the customer; nor with the question whether the supplier has performed his contracted obligation or not; nor with the question whether the supplier is in default or not. The bank must pay according to its guarantee, on demand, if so stipulated, without proof or conditions. The only exception is when there is a clear fraud of which the bank has notice."

Framework given by the RBI for the Operation of Bank Guarantees

The RBI in its Master Circular on Guarantees and Co-Acceptances, directs that banks should confine themselves to granting financial guarantees and exercise due caution with regard to performance bank guarantees (¶2.1.1). It is preferred that guarantees do not have a maturity of more than 10 years (¶2.1.3). Banks should ensure that they have sufficient experience with the customer to satisfy themselves that the customer has the necessary experience, capacity and means to perform the obligations under the contract, and is not likely to commit any default, before providing performance guarantees (¶2.2.3). While inter-institutional guarantees are restricted, in cases of infrastructure projects, banks have been given discretion in the matter of issuing guarantees favouring other lending agencies (¶2.4.2.5).

For issuing performance guarantees for export purposes, banks may also safeguard their interests by obtaining Export Performance Guarantee from Export Credit Guarantee Corporation of India Ltd. Issue of guarantees or undertaking any transaction which has the guaranteeing the debt, obligation or other liability owed by a person resident in India to a person resident in India is additionally governed by the Foreign Exchange Management (Guarantees) Regulations, 2000. Obtaining overseas guarantees is also restricted (Reg. 3A).

The RBI, it is noticed, is strict in its directions to the banks to ensure that the obligation to perform the guarantee is immediately honoured (¶2.5). In cases of issuing unconditional guarantees in favour of Overseas Employers/Importers on behalf of Indian Exporters, it even directs that banks should obtain an undertaking from the exporter that the bank would be entitled to make payments irrespective of disputes between the exporter and the importer (¶2.3.1). Calcutta High Court went so far as to direct that the RBI could take appropriate measures including cancellation of the licence of the Bank of Baroda when it failed to honour a guarantee on time. The Supreme Court on June 23, 2020, upheld this order in appeal.

In the next part, the character of bank guarantees is discussed.