The Indian Deity: How Law Treats It As A Juristic Person With Perpetual Minority? 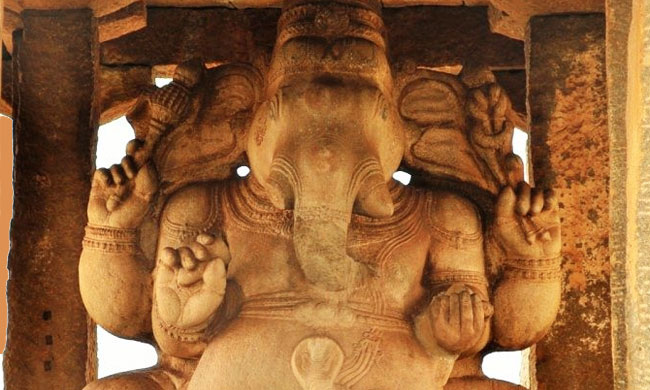 In our country, generations have believed in the righteousness of Lord Ram, Allah, playfulness of Lord Krishna, brevity of the Gurus and warmth of Jesus Christ. Religious diversity in India provide a wonderful kaleidoscope of the country's rich social composition, as many religions have originated in the country and few religions of foreign origin have also flourished here. It is...

In our country, generations have believed in the righteousness of Lord Ram, Allah, playfulness of Lord Krishna, brevity of the Gurus and warmth of Jesus Christ. Religious diversity in India provide a wonderful kaleidoscope of the country's rich social composition, as many religions have originated in the country and few religions of foreign origin have also flourished here. It is not astonishing to know that it is these religions with which Indians associate themselves when it comes to identity crises. Hence, in a nation where deity worship is not only supreme but an identity for the individuals, it is really important to understand position of these divinities in Indian law.

Way back in 1925, the Privy Council in the case of Pramatha Nath Mullick v. Pradyumna Kumar Mullick observed,

'A Hindu idol is, according to long-established authority, founded upon the religious customs of the Hindus, and the recognition thereof by courts of law, a 'juristic entity'. It has a juridical status with the power of suing and being sued.'

This brings us to a very important question as to what is a 'juristic person'? Is it same as a natural person like the human beings? Although established long back, a clear and elaborate definition of 'juristic person' is available in the Apex Court decision of 2000, connoting recognition of an entity to be in law a person which otherwise it is not. It was further stated that these are artificially created persons as it is inevitable to have them in this socio-political-scientific development evolution. This judgment also reiterated what was held way back in 1969 in Yogendra Nath Naskar v. CIT, that it is not all idols that will qualify for being 'juristic person' but only when it is consecrated and installed at a public place for the public at large.

Moreover, Sir Lawrence Jenkins in Bhupati v. Ramlal [10 CLJ 355 at 369] said that it would be quite consistent with sound principles of jurisprudence to say that a material object which represents or symbolises a particular purpose can be given the status of a legal person, and regarded as owner of the property which is dedicated to it. In a Hindu religious endowment, the entire ownership of the dedicated property is transferred to the deity or the institution itself as a juristic person and the shebait or mahant is a mere manager.

Who is the real beneficiary of an endowment in favour of a deity?

Although it is now undisputed that deity is a 'juristic person', it is germane to understand as to who will be the beneficiary.  In  Sanskrit texts (Bhashya on the Purva Mimamsa, Adhyaya 9, Pada I, Sahara Swami), it is written that the Gods have no beneficial enjoyment of the properties, and they can be described as their owners only in a figurative sense (Gaunartha) (Mentioned in a 1969 SC judgment).

If the owners of the property are owners in figurative sense and not the beneficiaries, then who are? In 1995, the Supreme Court in Bala Shankar Maha Shanker Bhattjee clarified that is the worshippers who are the beneficiaries. Dedication by these worshippers may be made orally or can be inferred from the conduct or from a given set of facts and circumstances. The right of the public to worship in the temple is a matter of inference and need not be proved by some document to evidence dedication. But if the property is dedicated to the working of family idol, it may become the private endowment, however, the property will belong to and will be owned by the deity. Beneficiaries may now be limited. [Ram Lal v. Board of Revenue (1990) 1 RLR 161]

To illustrate the same, in Masjid Shahid Ganj v. Shiromani Gurudwira Parbandhak Committee, the Bombay High Court held that the procedure of our Courts allows for a suit in the name of an idol or deity though the right of suit is really in the shebait. It is only in ideal sense that that idols are recognized as judicial persons, but strictly speaking, the law of the present age at least does not concern itself with anything outside human interest and all the recognitions and protections accorded to the idol must have been thought necessary because of the existence of some ultimate human interests.

Relevant in this context is the Calcutta High Court judgment of Tarit Bhusan Ray which emphasized that the real material interest of these properties lies with the human beings. Also, concluding from the above mentioned judgments and the texts which were relied thereupon, it is undisputed that the beneficiary is not the deity but its worshippers.

Perpetual minority of the deity

Although the legal position of the deity is well settled, some complexities still arise with respect to 'perpetual minority' status of these divinities, i.e., the deity will remain a minor forever.

Again the aforementioned 1925 case of Privy Council held that "its (idols') interests are attended to by the person who has the deity in his charge and who is in law its manager with all the powers which would, in such circumstances, on analogy, be given to the manager of the estate of an infant heir."

Explaining this analogy the Apex Court stated, in the case of a minor a guardian is appointed, so in the case of an idol, a Shebait or manager is appointed to act on its behalf. In that sense, relation between an idol and Shebait is akin to that of a minor and a guardian. As a minor cannot express himself, so the idol, but like a guardian, the Shebait and manager have limitations under which they have to act.

In 1925, in Rama Reddy v. Rangadasan, the Madras High Court not only called the deity to be analogous to minors, but held that deity themselves are 'perpetual minors'. All the High Courts have now started to recognize the 'perpetual minority' of the idols. In Mangi Lal v. State of Rajasthan, the Rajasthan High Court has held that idols are not only minors but also physically disabled.Further, Patna High Court in applying the maxim contra non valentem agere non currit proescriptio (prescription does not run against a person who is unable to act) held that the idols "seem to be entitled to some protection if they happen to be represented by a person who cannot or will not act in their interest."

Understanding the incapacity of the idols, the Courts also believe that it is primarily the duty of the Court to protect the interest of the idol. In this background, the Patna High Court in Ram v. C.P.N. Singh[AIR 1952 Pat 438] that the Courts must not leave the idols at the mercy of the Shebaits, who may sometimes act at the prejudice of these idols and to ensure to appoint some other next friend to represent the idol. In 2011, the Kerala High Court also acknowledged that the Court has jurisdiction over public temples as parens patriae.

So far, the situation does not seem muddled, but when it comes to Limitation Act, 1963 there has been an exception to this concept of 'perpetual minority' of the idols. The Apex Court of our country has not ever literally dealt with the question of 'perpetual minority', but in the landmark case of Bishwanath v. Thakur Radha Ballabhji it has held that "An idol is in the position of a minor when the person representing it leaves it in a lurch, a person interested in the worship of the idol can certainly be clothed with an ad hoc power of representation to protect its interest."

Inn Gopal Singh Visharad Versus Zahoor Ahmad and others (Babri MasjidRam Janm Bhoomi decision), Justice Khan of Allahabad High Court held that the legal fiction of 'perpetual minority of idol' cannot be used to get over the Limitation Act. First, he stated that Section -6 grants a fresh period of limitation 'after the dis-ability has ceased.' Accordingly it pre-supposes that disability is likely to cease. In case of idol this contingency can never arise. Secondly he stated that two Supreme Court judgments in Dr. Guranditta Mal Kapur v. Amar Das, AIR 1965 SC 1966 and Sarangadeva Periya Matam v. R. Goundar, AIR 1966 SC 1603 (three judges Benches)had already taken the view that idol's property could be lost through adverse possession.

This perpetual tutelage with regards to adverse possession has been rejected since 1904 from Maharaja Jagadindra Nath Roy Bahadur and it has been clear that deity is 'not' given the status of minority with regards to adverse possession. Further in Chttar Mal case, the Court saw that the shebait himself alienated the property, but the suit was found to barred by limitation. But we already saw in the above judgments that when the Shebait himself/herself acts at the prejudice of the deity, the Court, in cases of public temple, has the onus of appointing a next friend. The onus which was on the Court under the maxim of 'parens patriae' is something which is not recognized in these cases of adverse possession.

Order 32 of Code of Civil Procedure states that the decree can be set aside if it can be proven that prejudice has been caused against the minor's interest. This brings forth an important question – when it is established that the real interest is that of human beings, it is the worshippers who are the beneficiaries and the deity is nothing but a 'pious purpose', can the deity have its own interests which can be challenged? Indeed no. Hence in such a scenario, rather than considering it to be a 'perpetual minor' or even a minor for that matter, the suit must be filed under Order 1 Rule 8 of Code of Civil Procedure as also discussed in Tarit Bhushan case, i.e., it should be a representative suit. This would not create any contrasting results as it the interests of these worshippers/ human beings which ultimately becomes the interest of the deity.

Moreover, this becomes really important in a scenario when a shebait having a separate legal entity from that of the being a next friend of the deity, can act at the prejudice of the deity. Through this, the interests of the deity can be rightly represented without the onus(of appointing a next friend) falling on the Court. Surely this is not an option for a private temple, where public worship is not a right but a concession.

Concluding, this way the real interest can be represented without there being any exceptions and contradictions.