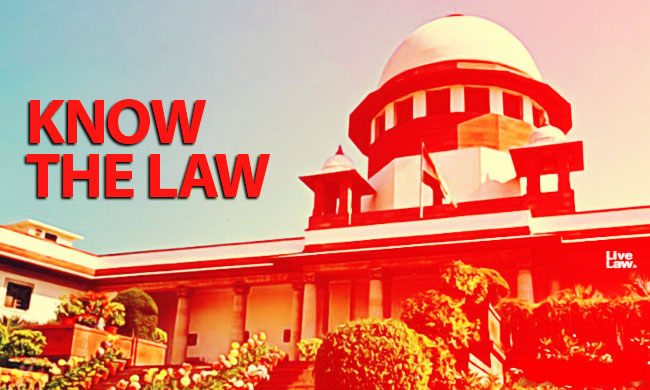 Try and try, till you succeed. Everyone has heard that one before, in multiple contexts. The thing is, in the criminal law we may need to alter that old cliche: try and try, but it doesn't always matter if you succeed. Consider any set of actions by persons as an attempt to do/not do something. When these attempts fit the criteria of an offence as prescribed by law, it becomes punishable as...

Try and try, till you succeed. Everyone has heard that one before, in multiple contexts. The thing is, in the criminal law we may need to alter that old cliche: try and try, but it doesn't always matter if you succeed. Consider any set of actions by persons as an attempt to do/not do something. When these attempts fit the criteria of an offence as prescribed by law, it becomes punishable as the offence. So, my successful attempt to kill someone is punished as murder, for Section 300 of the Indian Penal Code 1860 [IPC] squarely covers such acts. But, an unsuccessful attempt also renders one liable under offences that specifically punish an "attempt to commit the offence". From hereon, attempt will refer to this unsuccessful commission of the offence alone. Unlike most other posts, here I won't engage with case law but only interpret the text of the IPC, to hopefully learn more about the nature of attempt liability under the Code.

The IPC doesn't separately define attempts like it does similar offences of abetment and conspiracy. Perhaps taking this, cue most commentaries don't explain attempts as a concept either. Rather, they discuss it in a piecemeal fashion wherever the word occurs in the Code. A unified understanding is helpful and raises important questions, and I'll try one here. At the broadest level, we find that in the IPC attempts may be punished either as severely as commission of the offence itself, or with a lighter sentence. Where Section 121 punishes attempts to wage war as severely as waging war itself, Section 307 imposes a lighter sentence for attempting to commit murder as against committing murder. Flowing from this, is a twofold classification where lighter sentences are imposed: there is the general punishment formula prescribed in Section 511, together with specific offences which prescribe the punishment for attempting to commit particular offences as under Section 307.

Here, one may ask why such a distinction is made in the imposition of sentence. Why should the outcome of my criminal enterprise matter in the determination of my punishment only for some cases but not others? At first, you may assume the class of offences is key. It isn't, because this equal punishment can be found in offences against the state, against justice, and against the body. Further, of the several offences against the body, only three pertaining to extortion carry equal punishments for attempts. This, and the absence of any clear theory underlining punishment standards under the IPC, make intelligent guesses difficult on the point.

Scope of Attempts and the Basic Text

Section 511 punishes attempts generally, but neither does it only punish attempts nor does it punish attempts to commit all offences. It also punishes causing the commission of an offence. Further, only attempts to commit offences punishable with imprisonment are covered; those only attracting fines are excluded. In Section 511, attempts themselves are not defined but only the punishment for such conduct is detailed. This scheme is followed in the other, more specific, offences of attempt. On a closer look though, there is some amount of understanding we can derive. The Section reads: "whoever attempts to commit an offence ... and in committing such an attempt does any act towards the commission of the offence". This means that only attempts to commit offences together with an act towards such commission make one's conduct punishable. Section 307 is similar: it specifies that any act done with the specified mental element would qualify for liability.

The specific usage of "any" act means the possible scope behind punishing attempts is rather broad. This also carries the possibility of rendering attempt liability quite vague and framing charges rather discretionary. How so? Well, its notorious how difficult providing proof of intention/knowledge can be in crime. The best evidence is usually conduct, and here we find the possible scope of conduct to consider being stretched to the widest possible spectrum. This creates situations where a conviction depends solely on the judge and little else, making the law highly arbitrary. One judge may view my going around the same house at night looking at a window as an attempt to commit house trespass; another may think of me as just another curious bystander, while yet another may look at the hoodie I was wearing and find enough reason to convict on attempted robbery. Such arbitrariness is clearly unwelcome in an area where certainty is of utmost importance.

Doing away with the Preparation Riddle?

Upon a simple reading of the text of Section 511, it is clear that there is a separation between the attempt and the act. It seems to imply that an attempt is complete in itself without an overt act being involved, since the latter is separately mentioned to make the attempt punishable. Why is this interesting? Because traditionally, we always understand attempts as including at least some act. Otherwise, where do we draw the line between attempts and mere preparation? Maybe, one might argue, the IPC sought to do away with the entire attempt-preparation separation and instead provided a simpler rule - anything done might possibly attract liability, depending on how the magistrate views things. Given the immense discretion vested in magistrates throughout the Code, such a reading is not implausible.

A bare reading of the IPC brings forth quite a few interesting issues on perhaps the trickiest area in criminal law. To prevent the death by boredom induced by a painfully long post, I limited myself to only a few of these. Two other issues that I think connect well with what is discussed here are that of an accused having a locus poenitentiae, and the possibility of committing impossible attempts. In another post, hopefully, one of these will be discussed at greater length.

Abhinav Sekhri is a Delhi based Lawyer