What Are The SC Guidelines On Investigating Police Encounter Killings? [Read Guidelines] 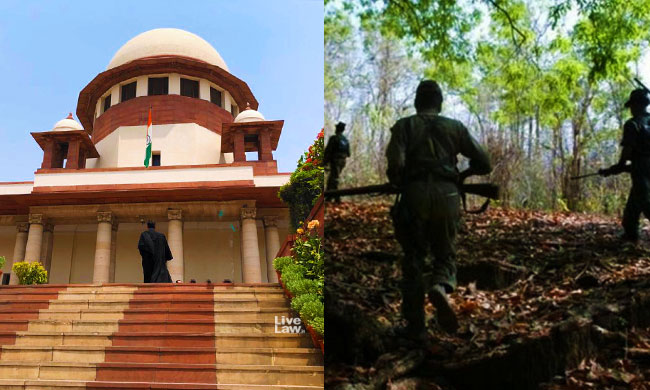 The recent killings of four Maoists in Attappady forest in Kerala have become controversial amidst allegations that they were killed in an encounter staged by police.The relatives of two of the killed persons have moved the Sessions Court Palakkad alleging that the police did not follow the guidelines laid down by Supreme Court to investigate encounter killings.The Sessions Court...

The recent killings of four Maoists in Attappady forest in Kerala have become controversial amidst allegations that they were killed in an encounter staged by police.

The relatives of two of the killed persons have moved the Sessions Court Palakkad alleging that the police did not follow the guidelines laid down by Supreme Court to investigate  encounter killings.

The Sessions Court on Thursday stayed the cremation of their bodies till November 4.  Principal Sessions Judge, Palakkad KP Indira will peruse the post-mortem reports of the deceased on November 2 and hold enquiries to see if guidelines have been followed.

The Apex Court had, in PUCL v. State of Maharashtra, in 2014, issued 16 guidelines to be followed in the matters of investigating cases of death and grievous injuries in police encounters. The Court said that these guidelines will operate as the standard procedure for thorough, effective and independent investigation. The guidelines include mandatory magisterial inquiry into encounter deaths and providing information to the close relatives of the victims without any delay.

Immediately after the encounter, FIR should be registered and an independent investigation into the incident/encounter shall be conducted by the CID or police team of another police station under the supervision of a senior officer (at least a level above the head of the police party engaged in the encounter).

The top court stated that the the family of the victims of encounter killings can file a complaint to the Sessions Judge having territorial jurisdiction over the area, if they feel that the police has failed to follow the procedure laid down by the apex court.

The Court also prohibited granting out-of-turn promotion or instant gallantry rewards on the concerned officers soon after the occurrence.

A two Judge Bench comprising of then CJI RM Lodha and Justice RF Nariman held that Article 21 of the Constitution of India guarantees "right to live with human dignity". It also held that killings in police encounters affect the credibility of the rule of law and the administration of the criminal justice system.

"The guarantee by Article 21 is available to every person and even the State has no authority to violate that right. In line with the guarantee provided by Article 21 and other provisions in the Constitution of India, a number of statutory provisions also seek to protect personal liberty, dignity and basic human rights. In spite of Constitutional and statutory provisions aimed at safeguarding the personal liberty and life of a citizen, the cases of death in police encounters continue to occur," the then CJI Lodha observed in the judgment.

The bench issued the following guidelines: