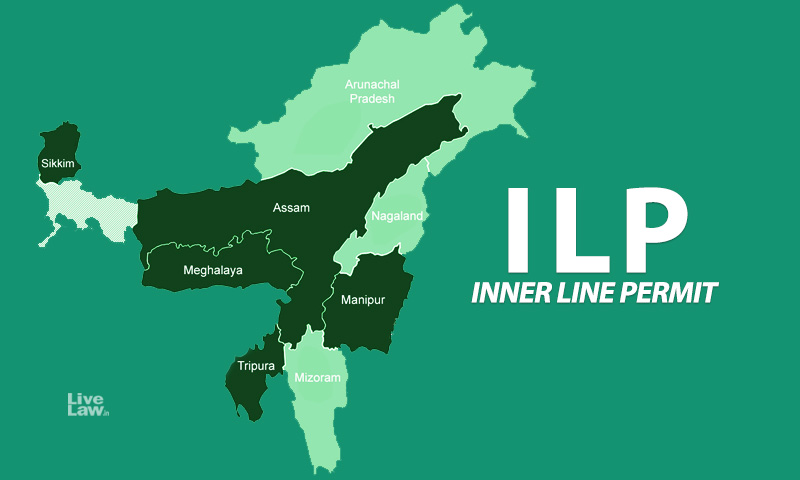 Recently when the Citizenship (Amendment) Act 2019 came out, it exempted the areas coming under Inner Line Permit (ILP) as well as tribal areas of Assam, Meghalaya and Tripura (as included in the sixth schedule).The sixth schedule of the Constitution of India provides for the administration of tribal areas in the states of Assam, Tripura, Meghalaya as well as Mizoram to safeguard the rights...

Recently when the Citizenship (Amendment) Act 2019 came out, it exempted the areas coming under Inner Line Permit (ILP) as well as tribal areas of Assam, Meghalaya and Tripura (as included in the sixth schedule).

The sixth schedule of the Constitution of India provides for the administration of tribal areas in the states of Assam, Tripura, Meghalaya as well as Mizoram to safeguard the rights of tribal population in these states.
The Inner Line Permit was established by the British government under the Bengal Eastern Frontier Regulation, 1873 to safeguard tribals of eastern part of Bengal. This 1873 regulation is also known as ILR or ILP. The Scheduled District Act, 1874 was enforced in hill districts without ILR where ILP was not extended. Subsequently, the whole area was brought under ILR. The entire tribal dominated backward districts declared as Scheduled districts by the Scheduled Districts Act, 1874. A new term was included in the Government of India Act, 1935., i.e., "excluded area", which covered most backward tribal areas under the direct rule of Government having no representation in provincial legislation.
Under Section 2 of the regulation of 1873, the ILP was only applicable to the three North Eastern States such as, Mizoram, Arunachal Pradesh and Nagaland. The President of India, Ram Nath Kovind signed the order extending ILP to Manipur, which became the fourth state where the ILP regime is applicable. The Inner Line Permit (ILP) regime is now being used to protect such areas from the purview of Citizenship (Amendment) Act, 2019.
ILP is a permission granted to person who is non-tribal and wants to enter the tribal areas for tourism or any other purpose. He can stay only by the terms and conditions of the permit guaranteed to him and only for the period specified in the permit given to him. Though this procedure started way back in the British era, it is still being continued. These tribal areas which was severely under developed, was in need of a system of administration that would allow the tribal areas become developed while protecting them from exploitation of people from plain areas and preserving their distinct social customs.
The Meghalaya cabinet has approved a resolution on 17.12.2019 to bring the state under the Inner Line Permit ( under the Bengal Eastern Frontier Regulation, 1873). People of Meghalaya have been demanding an enactment law similar to ILP inorder to protect the interests of the indigenious population of the state. Assam and Sikkim has also applied for the enactment of ILP for the same.
What Is Inner Line Permit (ILP)?
Inner LIne Permit (ILP) is a document similar to visa, issued by the Government of India to an Indian citizen for a limited time.
The ILP was introduced by the British Government in the Bengal East Frontier Regulations, 1873, in the states of Arunachal Pradesh, Nagaland, Mizoram and Manipur (fourth state in India that recently came under ILP).
It was introduced so as to stop the outsiders from plundering the wealth in these states.
In 1950, this rule was changed by the Government of India and said that ILP is a system to protect the indigenious population of these states.
This permit allows Indian citizens to go and live in any State protected under ILP for a specific period of time.
Any person is entitled to renew his permit every six months if he is not a native in these states despite the fact that he/she is a long-term resident.
This permit also regulates the movement to certain areas located near the international borders of India.
Who Issues ILP?
The permit is issued by the concerned states coming under the protection of ILP.
The ILP is issued either by applying online or directly from the government office.
The ILP has details such as travel dates and the specific areas that the holder is likely to travel in the concerned state.
Arunachal Pradesh - The ILP is issued by the secretary (political) of the Government of Arunachal Pradesh. The permit is required for entering the said state through any of the check gates across the interstate border with Assam or Nagaland. An ILP for temporary visitors is valid for 7 days and can be extended.
Mizoram - The permit is issued by the Government of Mizoram which is required for entering the state through any of the check gate across the inter-state borders. The permit issued to visitors is valid for 7 days and can be extended for another 15 days, which can even be extended to one month in exceptional circumstances. The ILP can also be procured for 6 months known as 'regular ILP', with the sponsorship of a local resident or government department and can also be renewed twice for another 6 months.
Nagaland - The permit is issued by the Government of Nagaland.
In 2014, the ILP was removed in Ladakh and later implemented again from 2017. The Ladakh Inner Line Permits are available online from the official website of Leh Ladakh administration. The ILP is valid for a maximum of 14 days. There is no limit on the number of times to visit a place within the valid period as long as there is necessary permits.
Foreigners need a Protected Area Permit (PAP) to visit tourist places which are different from Inner Line Permits needed by domestic tourists.
TagsILP North East #Inner Line Permit Assam Mizoram Sixth schedule CAA Citizenship Amendment Bill 2019
Next Story
Similar Posts
+ View more
Law Firms
+ More