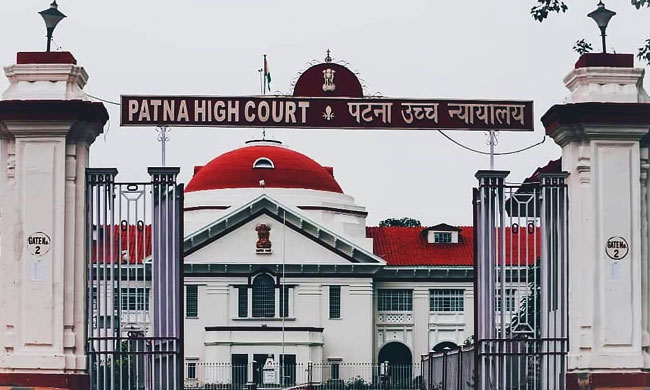 Stating that the appellate courts were empowered to order re-trial in cases where the original trial had not been satisfactory and met out gross miscarriage of justice, the Patna High Court on Wednesday remitted a case involving death of the Appellant's deceased wife on account of burns, back to the trial court. Justice Aditya Kumar Trivedi said, "A court will set aside a judgment...

Stating that the appellate courts were empowered to order re-trial in cases where the original trial had not been satisfactory and met out gross miscarriage of justice, the Patna High Court on Wednesday remitted a case involving death of the Appellant's deceased wife on account of burns, back to the trial court.

Reference was made to the ruling of the Apex Court in P. Ramesh v. State, AIR 2019 SC 3559, whereby it was reiterated,

The order was made while observing that the trial court had not properly evaluated the evidence placed on record and that it had proceeded with an attitude of dealing the case with leniency, else the trial court would have taken into account the alternate offences that could be attracted to the case. In this behalf, Justice Trivedi said,

"through the judgment impugned, more particularly, finding recorded by the learned lower court under para-16 and 17, it has been perceived that learned lower court had already made up its mind to convict the appellant under Section 306 of the IPC and, should be inflicted with lenient punishment otherwise, the learned lower court would have properly considered evidence, more particularly, whether an offence under Section 302 IPC is made out or under Section 306 IPC,not even a word spoken by the witnesses have been discussed, appreciated, evaluated in order to trace out why Section 304B IPC is not made out and in likewise manner why Section 302 IPC is not made out and how Section 306 of the IPC is made out. Reason is the life and soul of the judgment and so, the finding should have well reasoned. Because of the fact that no reason has been assigned, therefore, the judgment is found deficient one on the score of non compliance of Sub-Section 1 of Section 354 of the CrPC."

The observations were made by the court while adjudicating upon an appeal, filed by one Neyaz Ansari, impugning the judgment of conviction and order of sentence passed by the Sessions Court whereby, he had been found guilty for an offence punishable under Section 306 IPC and sentenced to undergo RI for four years as well as to pay fine of Rs. 5000/-.

He had been accused of killing his wife by setting her on fire, for non-fulfillment of his dowry demands. The allegations were leveled by the mother of the deceased who claimed that when she reached the crime scene, she found her daughter in half burnt condition and that she had seen Neyaz untying the strings with which her daughter had been tied.

The Appellant-accused on the other hand denied the charges, stating that his wife died of accidental fire which she caught during the course of cooking.

De-meriting the arguments raised by the Appellant, the court said that the fire could not have been an accidental one which arose while cooking since the I.O. did not find any sign of burn at the place where inquest was prepared. Moreover, he did not find earthen stove nor firewood or any other kind of stove at the crime scene.

On a perusal of the trial court's record, Justice Trivedi noted that during the cross-examination, nothing substantial had been elicited at the end of Appellant and rather, there happened to be an admission over cause of death. Moreover, the court observed that the trial court had not applied its mind while passing the order inasmuch as the evidences of the witnesses had been copied in the judgment.

Accordingly, the court felt that it would be fit to remit the case back for re-trial.

While doing so, the court also remarked that sometimes, the prosecution case was based on conjectures, for the reason that the alleged incident occurred in the exclusivity of the accused and thus the trial court should try to extract the details of the incident from such accused under Section 106 of the Indian Evidence Act. Reliance was placed on Ranji Kumar Haldar v. State of Sikkim, 2019(3) PLJR 358 (SC).

"…prosecution sharing the burden to prove its case beyond all reasonable doubut but, in certain circumstances, it happens to be mere a guess or expectation because of inability of the prosecution to support its case on account of its inability due to inaccessability on the other hand, being under exclusive knowledge of the accused as, the circumstances so suggests and, such circumstances, is found duly cared under Section 106 of the Evidence Act which speaks that a person who has got exclusive knowledge is bound to divulge the same," the court said.