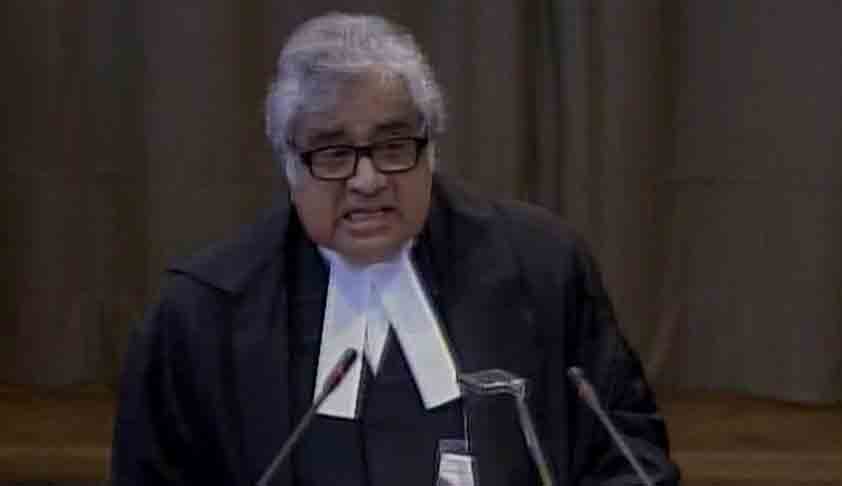 On Monday, the International Court of Justice at The Hague, Netherlands began hearing India’s application seeking a stay on the execution of former Indian Navy Officer Kulbhushan Jadhav, who was sentenced to death by a Pakistani Military Court on espionage charges.In India’s corner at The Hague were Joint Secretary (Pakistan-Afghanistan-Iran) Deepak Mittal (Principal Agent), Joint...

On Monday, the International Court of Justice at The Hague, Netherlands began hearing India’s application seeking a stay on the execution of former Indian Navy Officer Kulbhushan Jadhav, who was sentenced to death by a Pakistani Military Court on espionage charges.

Pakistan’s team was be led by Attorney-General Ashtar Ausaf, assisted by Senior Lawyer Asad Rahim. Both sides were given 90 minutes to make their observations before the 11-Judge Bench.

Execution will cause irreparable damage: India

Mr. Mittal told the Court that Mr. Jadhav’s execution will cause irreparable damage to rights of India and Jadhav, emphasizing on the fact that Pakistan has failed to provide the charge-sheet, a copy of the verdict, and other documents on the case, despite repeated requests. “It is clear that Jadhav has been denied of his right to seek legal counsel. Jadhav's parents have applied for a visa to travel to Pakistan, which has fallen on deaf ears,” he was quoted as saying.

Mr. Sharma highlighted the fact that Pakistan had failed to comply with its legal obligations by denying consular access to Mr. Jadhav ever since he was arrested in March, 2016.

Mr. Salve began his arguments with a set of precedents applicable to the case:

“Graver the charges, greater the need for continued adherence of Vienna Convention,” he was thereafter quoted as saying, asserting that rights under Article 36 are sacrosanct, and that rights of consular access are significant in human rights and international law. He therefore demanded legal representation for Mr. Jadhav, and asserted India’s claim that Mr. Jadhav was kidnapped from Iran and his confession was extracted in a military custody. He thereafter submitted that India has a strong prima facie case on merits, seeking restitutio integrum (restoration to original condition).

Furthermore, Mr. Salve described Jadhav’s trial process as “farcical” and stressed that Pakistan did not respond to Jadhav’s mother’s plea to see her son. Mr. Salve is also reported to have relied on the following precedents:

Alarmed by the indication of the intelligence community in Delhi that Pakistan was speeding up Mr. Jadhav’s execution, Mr. Salve presented an intense briefing to the ICJ Registrar for close to 20 minutes, attempting to invoke Article 41 of the ICJ Statute and Article 74(4) of the Court rules. Article 41 empowers the ICJ to issue any provisional measures for preserving the rights of the parties, pending the final decision.  Article 74 states that a request for indication of provisional measures (interim relief) shall have priority over all other cases. A dramatic dash had thereafter resulted in the ICJ asking Pakistan to tie its hands on the Military Court’s sentence to Mr. Jadhav.

“In my capacity as president of the court, and exercising powers conferred upon me under Article 74, paragraph 4, of the rules of the court, I call upon your Excellency’s government, pending the court's decision on (India’s) request for the indication of provisional measures, to act in such a way as will enable any order the court may make on this request to have its appropriate effects,” the President’s directive reportedly said.

Represented by QC Khawar Qureshi, Pakistan today challenged India’s claims on three counts: there is no agency, the relief that is sought is manifestly unavailable and the jurisdiction is limited. He submitted that the ICJ cannot decide on national security, citing the 1999 aerial incident. He refuted India’s allegations of violation of the Vienna Convention, submitting that consular access between India and Pakistan shall be solely decided on the basis of the 2008 bilateral agreement. He further submitted that the Convention’s provisions do not apply to a ‘spy’ involved in terror activities.

Mr. Qureshi contended that India has been fielding arguments based on misrepresentations and contradictions, using ICJ as the scene of political theatre. He further asserted that Mr. Jadhav was caught in Balochistan, and denied to have imposed any condition as far as consular access was concerned. Its request for playing Mr. Jadhav’s confessional videos was however rejected by the ICJ.

Furthermore, presenting Pakistan’s case, Mohammad Faisal, DG, South Asia & SAARC sought to harp on the terrorism trope while making the case why the ICJ has no jurisdiction over an issue that concerns Pakistan’s internal security, and hence should be governed by Pakistan’s local laws within the bilateral framework.

Pakistan went on to question India’s silence over Mr. Jadhav’s passport, and accused India of using the media to drum support for him. It also alleged that India is using ICJ as a stage for political reasons. It thereafter labeled India’s petition as “time-wasting tactics” and “political grandstanding” and called upon the International Court of Justice to dismiss the petition.

In the Appeal, India has accused Pakistan of “egregious violations of the Vienna Convention”. It has contended that it was not informed of Mr. Jadhav’s detention until long after his arrest, and that Pakistan failed to inform him of his rights. It further alleges that, in violation of the Vienna Convention, the authorities of Pakistan are denying India its right of consular access to Mr. Jadhav, despite its repeated requests.