From Kyoto To Paris: Coming Full Circle Of Being “Trumped” 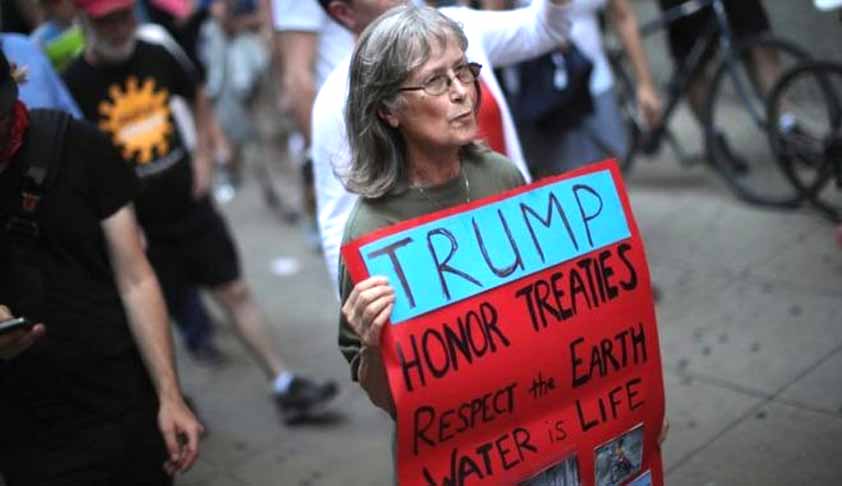 The Kyoto story11 December 1997 was a momentous occasion for the international community when the world gathered to adopt a binding decision on cutting greenhouse gas emissions. Members attending the COP-3 to the United Nations Framework Convention on Climate Change (UNFCCC) assembled at Kyoto, Japan and almost unanimously accepted - the reality of global warming. A binding treaty was signed...

11 December 1997 was a momentous occasion for the international community when the world gathered to adopt a binding decision on cutting greenhouse gas emissions. Members attending the COP-3 to the United Nations Framework Convention on Climate Change (UNFCCC) assembled at Kyoto, Japan and almost unanimously accepted - the reality of global warming. A binding treaty was signed that came to be known as the Kyoto Protocol in which signatories resolved to take emissions to a “level that would prevent dangerous anthropogenic interference with the climate system”.

Under the terms of the treaty, the United States and the European Union were to cut their emissions by an average of 5% by 2012 (with the base year being 1990). Same obligations however, were not imposed on developing countries because of their lower development level and much less contribution in the historical build-up of carbon dioxide in the environment.  Under Article 4 of the Protocol, they were required to undertake obligations related to submission of data and formulation of mitigation and adaptation measures, provided the financial and technology transfers are ensured by the developed countries.

Though the Protocol contained a promising set of principles, agreed upon after five years of hard negotiations, it met with a gradual death for the reasons of non-ratification and renunciation by the key players such as the US and Canada. Mr. George W. Bush (the incumbent US President) in a letter to the Republican senators in 2001 made it clear that he would not impose restrictions on harmful gas emissions, despite an election pledge to do so. According to Bush, ratifying the treaty would have “wrecked” the US economy since it is highly dependent on oil from the West Asian countries. The European diplomats however, did not subscribe to this view, and went to the extent of calling Bush’s step- “depressing” and something that marked a “divergence between European and US views on how to deal with the problem”.

After fading of the Kyoto Protocol into uncertainty and a series of conferences and disagreements, parties to the UNFCCC signed a fresh agreement at the COP-21, held in Paris in 2015. Article 2 of the Paris Agreement (that effectively replaced the Kyoto Protocol) exhorts members to limit the world’s average temperature to no more than 2°C above preindustrial levels while striving to keep this increase to 1.5°C above preindustrial levels. It is a departure from the Kyoto Protocol in the sense - it does not provide any mechanism to force a country to meet a particular target by a specific date. But it does provide for the development of a $100 billion fund – which would be replenished annually to help developing countries adopt greener technologies. The targets set out in the Agreement basically require the world to move rapidly towards achieving 100% clean energy with zero net greenhouse gas emissions - by 2080.

With such ambitious vision, the Paris Agreement till now, was seen as one of the biggest accomplishments of the global community in the 21st century. But the history seemed to repeat itself when recently on 1 June 2017, the controversial US President - Mr. Donald J. Trump announced his country’s withdrawal from the Paris Agreement, unless the treaty is renegotiated. His unilateral call for the renegotiation of the multilateral treaty has been rejected by America’s long term allies- Germany, France and Italy in a joint statement asserting - “We deem the momentum generated in Paris…irreversible and we firmly believe that the Paris Agreement cannot be renegotiated since it is a vital instrument for our planet, societies and economies.” Much to his criticism, Trump has always been skeptical of climate change and has maintained that global warming is a manmade myth. The American media termed his decision as an “incredibly short sighted approach to climate change” based on a “cornucopia of dystopian, dishonest and discredited data based on numbers from industry-friendly sources.”

Will this diplomatic somersault by the country with highest per capita emission in the world, again fatally damage the global movement towards a safer and purer environment? The world leaders (including from G7 nations) have kept their stand firm till now. But we cannot rule out the capability of the ripples generated by the exit of the major polluter. The US objected to the exemption of China and India under the Kyoto Protocol and made it one of the excuses for not ratifying the treaty. Can China and India object to the American non participation in Paris movement and withdraw? We don’t yet know.

The retraction of key players from the Kyoto Protocol was shocking because it was for the first time when a universally binding treaty met such a fate without any tangible ramifications on the derogators. If we juxtapose the Kyoto Protocol with the TRIPS Agreement (a binding agreement on IPR), the third world countries cannot afford a US like sudden withdrawal on the ground that- strict IPR regime is compromising access to health for their citizens and is serving the interest of the MNCs incorporated in western countries. Such an act of defiance can land them in front of the World Trade Organisation’s (WTO) Dispute Settlement Body, which can decide against the derogating party and even provide for retaliation, if necessary.

In case of the Paris Agreement, the execution of nationally determined contributions (NDCs) is not legally binding per se; nevertheless, binding procedural rules are provided for the preparation and assessment of NDCs. Parties are mandatorily required to prepare, communicate and maintain successive NDCs - each communicated every five year. Under Article 13, there is a provision for a harmonized monitoring, reporting and verification requirements according to which, the information submitted will undergo a technical expert review that shall assess achievements of NDCs and determine ways to strengthen party’s ambitions.

A dangerous precedent is being set by the world superpower (the biggest carbon polluter in history), if we read it in the light of established rules of international law. Pacta Sunt Servanda principle of the Vienna Convention on the Law of Treaties, 1969 says – “every treaty in force is binding upon the parties to it and must be performed by them in good faith.” This is not just the treaty principle, but is also considered a part of the customary international law that must be observed in good faith.

Where then lies the solution for such consistent unprincipled behavior of countries like the United States? Perhaps, in a dispute settlement mechanism like the one available in the WTO to secure free trade. The moral solution however, is reflected in the statement of the French foreign minister-Laurent Fabius who described the final draft of the Paris Agreement as a tool “to show the world that our collective effort is worth more than the sum of our individual actions”. Environment, like space and oceans is a common heritage of mankind. Our survival tomorrow, depends on realization of this fact today.