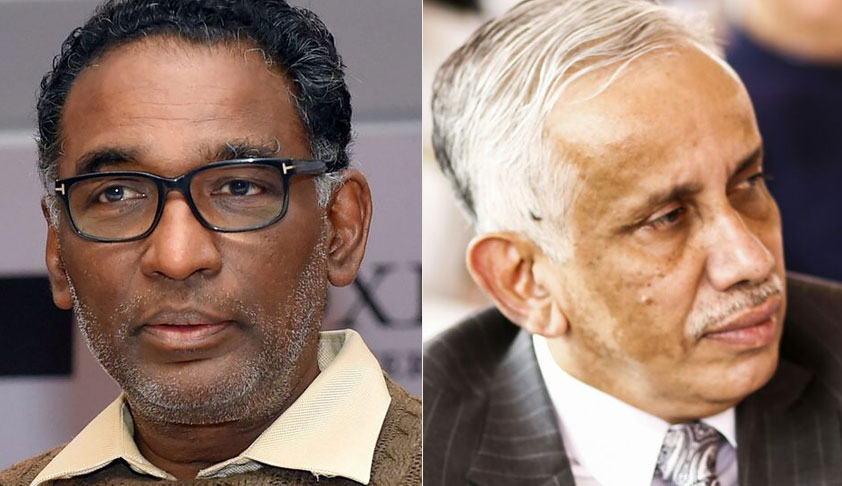 "If assets of a LEGISLATOR or his/her ASSOCIATES increase without bearing any relationship to their known sources of income, the only logical inference that can be drawn is that there is some abuse of the LEGISLATOR’s Constitutional Office", said the Bench.The Supreme Court bench of Justice J Chelameswar and Justice Abdul Nazeer on Friday pronounced judgment in a writ petition filed by NGO...

"If assets of a LEGISLATOR or his/her ASSOCIATES increase without bearing any relationship to their known sources of income, the only logical inference that can be drawn is that there is some abuse of the LEGISLATOR’s Constitutional Office", said the Bench.

The Supreme Court bench of Justice J Chelameswar and Justice Abdul Nazeer on Friday pronounced judgment in a writ petition filed by NGO Lok Prahari, seeking disclosure of the sources of income of candidates contesting elections at the time of filing nomination. The petition was filed in the context of alleged substantial increase in the assets of 26 Lok Sabha and 11 Rajya Sabha members and 257 MLAs which was partially confirmed in a probe by the Central Board of Direct Taxes.

Rendering the judgment, the court observed, “It is the political belief underlying the declaration of the Preamble of the Constitution that India should be a Socialistic Republic. Articles 38 and 39 of our Constitution declare that the State shall direct its policy towards securing that the ownership and control of material resources of the community are distributed so as to best subserve the common good and guaranteeing that the economic system does not result in the concentration of wealth and means of production to the common detriment.”

"If assets of a LEGISLATOR or his/her ASSOCIATES increase without bearing any relationship to their known sources of income, the only logical inference that can be drawn is that there is some abuse of the LEGISLATOR’s Constitutional Office. Something which should be fundamentally unacceptable in any civilized society and antithetical to a constitutional Government. It is a phenomenon inconsistent with the principle of the Rule of Law and a universally accepted Code of Conduct expected of the holder of a public office in a Constitutional democracy".

In the same thread, the bench opined, “The makers of the Constitution gave sufficient indication of that belief when they provided under Articles 102(1)(a) and 191(1)(a) that holding of any office of profit would disqualify a person either to become or continue to be a LEGISLATOR”.

Further, the bench noted, “This Court in Union of India v. Association for Democratic Reforms & Another, (2002) 5 SCC 294, opined that ‘voter speaks out or expresses by casting vote’ and such a speech is part of the fundamental right under Article 19(1)(a) ... Subsequent to the said judgment, Parliament chose to amend the Representation of People’s Act of 1951 by introducing Section 33A. Parliament provided for the disclosure of certain limited information regarding criminal antecedents of the candidates at an election, but not of all the information as directed by this Court of the abovementioned judgment (regarding educational qualifications, liabilities towards any public financial institutions and assets of the candidates and their dependents) ... This Court [in PUCL v. UOI, (2003) 4 SCC 399] held Section 33B (of the Act of 1951) to be beyond the legislative competence of the Parliament. This Court recorded that Section 33A fails to ensure complete compliance with the directions issued by this Court in ADR case ...”

As ways of amassing illegitimate income, the bench acknowledged the acts that qualify as offences under the Prevention of Corruption Act of 1988, availing of loans from public financial institutions for allegedly commercial purposes that become NPAs for the purpose of the SARFAESI Act of 2002, and procuring government contracts of high monetary value which has been dealt with under Section 9A of the Representation of People’s Act of 1951.

The bench has granted the prayer of the petitioner to direct necessary amendments to Form 26 of Rule 4A of the Conduct of Elections Rules of 1961 so as to require candidates to declare on affidavit theirs as well as their associates’ sources of income.

However, the prayers for the issue of the writ of mandamus to direct amendment in the Representation of People’s Act of 1951 to provide for rejection of nomination on the ground of furnishing of incorrect information in the said Form 26, as well as amendment to section 9A of the Act of 1951 to include contracts with any government or public company by any HUF/trust/partnership firm/private company in which a candidate or his dependents have a share or interest have not been granted in view of the settled position that a writ cannot be issued to a legislature to amend a law.

The bench also ordered an investigation/inquiry into the disproportionate increase in the assets of MPs/MLAs/MLCs named in the list annexed to the petition as well as the establishment of a permanent mechanism to investigate other legislators whose assets have increased by more than 100% by the next election.

The prayer of the petitioner seeking a direction that non disclosure of assets and the sources of income by candidates, their dependents and associates shall amount to ‘undue influence’ for the purpose of Section 123(2) of the Act of 1988 and that the election of such a candidate can be declared null and void under Section 100(1)(b) of the Act of 1951 has also been allowed, with the bench relying on the judgment in Krishnamoorthy  Case [(2015) 3 SCC 467].

Relief by way of information under Form 26 regarding any contracts with the government of the candidate or his dependents, either directly or through a HUF/trust/partnership/private company has also been granted.

To further modify Form 26 to require information on the provisions in sections 8A, 9, 9A, 10 and 10A of the Representation Of Peoples Act  regarding disqualification which may render a candidate ineligible to contest has also been permitted.