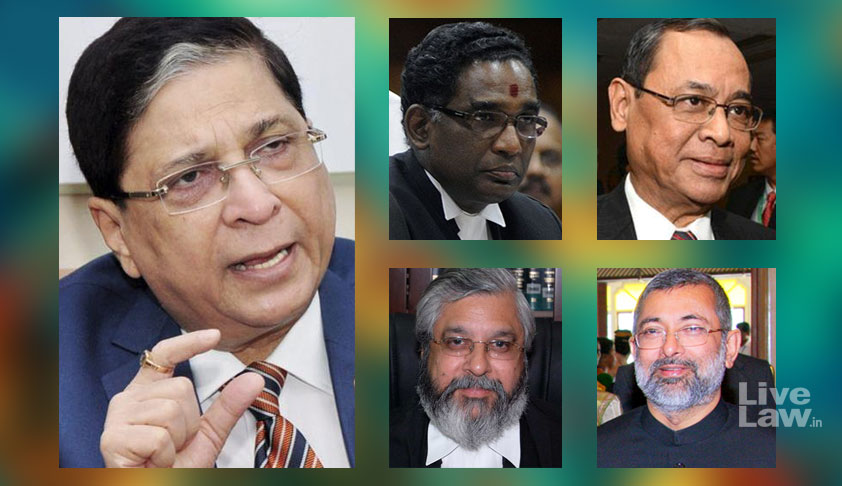 The Supreme Court collegium seems to have finally given in to the mounting pressure for ensuring transparency in the process of appointment and transfer of Judges. For the first time ever, the Collegium has decided to place its decisions in the public domain.

The Supreme Court website now has a new tab called ‘Collegium Resolutions’, currently consisting of recommendations regarding appointments to the High Courts of Kerala and Madras. The documents detail the deliberations of the collegium with respect to each person recommended for elevation by the High Court. Besides, they also make reference to the opinions of other Supreme Court Judges familiar with the functioning of the High Court as well as record the remarks of the Information Bureau on the candidate.

The decision for making the deliberations public has also been published on the website. A resolution passed by the five senior-most Judges of the Court states:

The Resolution is passed to ensure transparency and yet maintain confidentiality in the Collegium system.” It may be recalled here that Justice Chelameswar had refused to attend the collegium’s meetings, as long as its deliberations were kept under wraps. He was the lone dissenter in the NJAC judgment delivered by a five-Judge Constitution bench. He had not only upheld the NJAC law, passed by Parliament, but had also found the Collegium system of appointments lacking in transparency and effectiveness. Subsequently, however, he had joined the rest in the consequential judgment on the Collegium, because it sought to improve the Collegium system.

The Court had, thereafter, adopted the circulation method for appointing Judges, accepting the suggestion put forth by Justice Chelameswar. The method requires the collegium members to record their reasons in writing for approving or rejecting a recommendation.