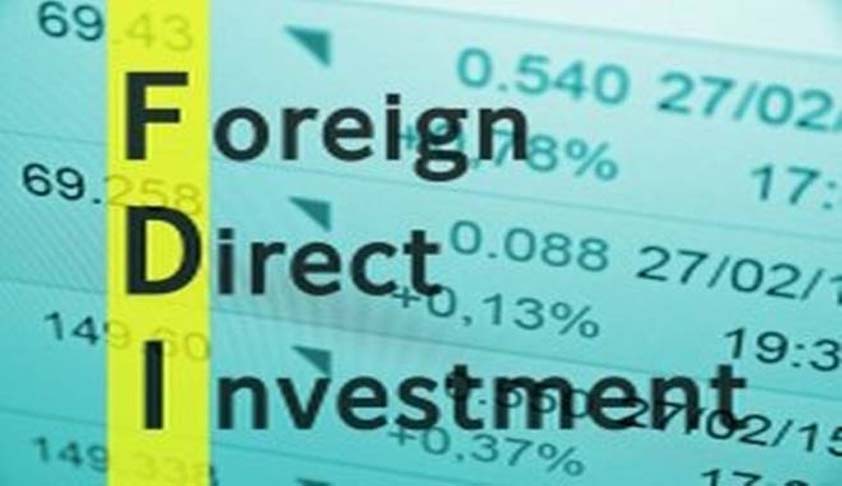 AbstractSale of thirty-six Rafale fighter jets by DASSAULT Aviation, offer of three new Scorpène submarines formulated by the shipbuilder company DCNS… The year 2016 was marked in India by negotiations in defence sector by the Government of India withFrance, one of its maintrading partner. In addition to these bargains, the liberalization of foreign direct investment in most of the...

Sale of thirty-six Rafale fighter jets by DASSAULT Aviation, offer of three new Scorpène submarines formulated by the shipbuilder company DCNS… The year 2016 was marked in India by negotiations in defence sector by the Government of India withFrance, one of its maintrading partner. In addition to these bargains, the liberalization of foreign direct investment in most of the economic sectors has influenced the defence sector, which is expected to strengthen the confidence of foreign investors in this sector. In light of this political and economic context, it is appropriate to deliver about the liberalization in defence sector announced June20, 2016 and on its real implications.

“The decision to allow 100 per cent FDI in defence marks a major push to defence manufacturing under the “Make in India” initiative”, as we can read in an article published in The Hindu, while the Indian Express seems to have made the same speech, which explained,“as per the liberalised norms, foreign investment in defence sector is now permitted up to 100 per cent”.

While the changes introduced in the policy, announced by the Government on June 20, 2016, include increase in sectoral caps, bringing more activities under automatic route, the real impact of the reform on defence sector has to beclarified.

Despite theperemptory statements from the press, the real impact of the reform can indeed only been understood through progressive evolution of foreign direct investment in defence sector and the previous reforms undertook by the Government.

At this point, it is recalled that there are two routes by which India gets foreign direct investments (FDI). Throughthe Automatic route, FDI canfirst be allowed without prior approval by Government or Reserve Bank of India.Secondly, through Government route, in whichprior approval by Governmentand the Foreign Investment Promotion Board (FIPB),which is the responsible agency for overseeing this route, is mandatory.

Regarding to the evolution of FDI in defence sector, one might say thatGovernment of India has gradually opened this sector to foreign companies. Until the early 2000s, the production of defence equipment was entirely a governmental function in accordance with the Industrial Policy Resolution, 1948.In May 2001, Government permitted FDI of up to 26% in the defence sector.This opening was however allowed with prior approval of the FIPB.

In light of the failure of the 26 percent capto attract any substantive FDI in the defence sector (DIPP data, dated February 2009),the FDI cap in the defence sector was therefore raised from 26% to 49% in August 2014. The idea behind this reform in 2014 was to encourage joint ventures and partnerships between Indian private sector and foreign companies.

“Above 49% under Government route on case to case basis, wherever it is likely to result in access to modern and “state-of-art” technology in the country”, as remembered by theConsolidated FDI Policy Circular issued on June 07, 2016 before the last FDI reform. Therefore, FDI above 49 was already possible on“case to case basis” and in case oftransfer of state of the art technology/cutting-edge technology.

True impact of the June 20, 2016 reform: removal of “state of the art” condition

Following the broad FDI policy on various sectors announced on 20 June, Government has updated the Consolidated FDI Policy Circular of 2016 issued on June 07, 2016including Defence sector. As unanimously recalled by the indian newspapers, the equity caps allowed, which could be above 49% on “case to case basis”, is now 100%. Up to 49% investment are allowed in the automatic route while investment above 49% will have to be approved under the Government approval route.

A careful reading of the Press note Press Note No. 5 of 2016 published by the DIPP, which has amended the Circular of June 07, 2016, brings to our notice that the main change is the removal of the state of the art condition. “Government route beyond 49% wherever it is likely to result in access to modern technology or for other reasons to be recorded” has been updated as claimed the last Press previously mentioned in Section 5.

As it is clearly demonstrated by the following recapitulative table, regarding to the previous 2014 reform, the salient added value with the new oneis the clause that allowed FDI above 49% in case of transfer of the art technology which is now done away.

Condition of “modern technology”: a concept to be specified

The restrictive clause requiring access to state-of-the-art technology has been removed and replaced by the phrase “in cases resulting in access to modern technology in the country or for other reasons to be recorded”, indicating a more flexible approach.

Commerce Minister Mrs. Nirmala Sitharaman explained that the term was dropped because of problems in“understanding what exactly is state of the art and what exactly is this cutting edge”.

One might say that state of the art, sometimes cutting edge, refers to the highest level of general development, as of a device, technique, or scientific field achieved at a particular time. It also refers to such a level of development reached at any particular time as a result of the common methodologies employed at the time.

But, on the other hand, the concept of “modern technology” is also not clear. As highlighted by Ernst Young, “the meaning of the term ’modern technology’ is not defined in the extant FDI Policy and is a subjective term. It is subject to interpretation by the regulator and to be decided on a case to case basis”.

Therefore, in reality, the removal have to be explained regarding the last three years during which, even if successive governments have eased FDI in the defence sector, inflows had been poor.Because “state of art” technologies cost billions of dollars to develop, foreign companies could be reluctant to invest and to transfer the highest level of general development.

This analysis seems to be confirmed in the light of the new clause. Condition of “access to modern technology in the country”is clearly not mandatory in view of the fact that alternate condition of “other reasons to be recorded”has been specified in the amended provision.

More authority, and therefore more room for negotiation, is now given to the Government to decide on foreign investments, leaving overseas entities unclear about which of their proposals will be allowed.

In sum, there is a robust change in the history of India defence sector through the FDI cap. The omission of “state of art” might affect, however, much more the indo-french negotiation in the defence sector.

Timothée Dufour is Holding the Certificate of Aptitude for the Profession of Advocate in France. Currently achieving LL.M. in Business Laws at the National Law School of India University of Bangalore.