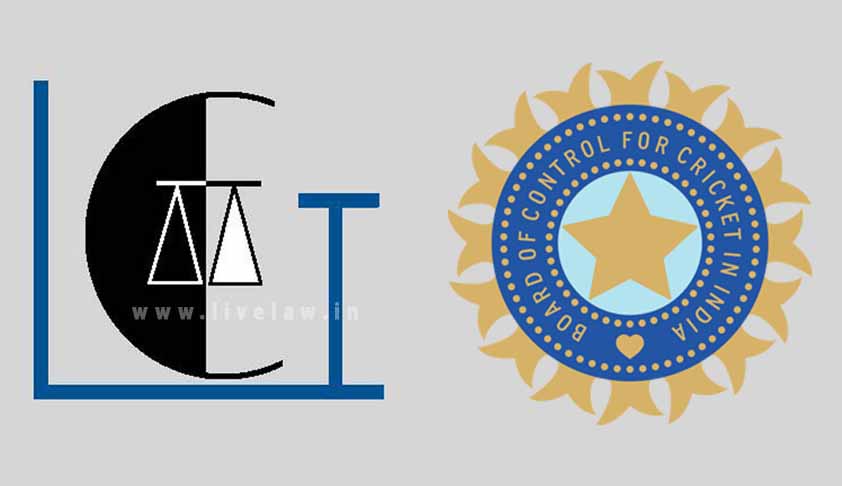 [The Law Commission of India has vide a release in the Press Information Bureau denied hiring of Law Firm for assisting it in the BCCI/RTI matter. Read the report Here ]The Law Commission of India headed by Justice B.S.Chauhan has reportedly sought assistance of a Delhi based Law Firm to deal with the recommendation made by the Justice Lodha Committee to bring Board of Cricket Control of...

[The Law Commission of India has vide a release in the Press Information Bureau denied hiring of Law Firm for assisting it in the BCCI/RTI matter. Read the report Here ]

The Law Commission of India headed by Justice B.S.Chauhan has reportedly sought assistance of a Delhi based Law Firm to deal with the recommendation made by the Justice Lodha Committee to bring Board of Cricket Control of India (BCCI) under the purview of the Right to Information (RTI) Act and legalization of betting in cricket in India. Consequently, the Law Firm namely P&A Law Offices has prepared a set of questions and started sending it to stakeholders. On January 5, one such questionnaire, with 9 questions, was sent to RTI activist Subhash Chandra Agrawal which LiveLaw is privy of.

The 9 questions posted by the Law Firm are –


Pertinent to note that the Hon’ble Supreme Court vide its order dated 18.07.2016 in Board of Control for Cricket v. Cricket Association of Bihar and others reported in (2016) 8 SCC 535 had held that :-

“82. All that we need say is that since BCCI discharges public functions and since those functions are in the nature of a monopoly in the hands of the BCCI with tacit State Government and Central Government approvals, the public at large has a right to know and demand information as to the activities and functions of the BCCI especially when it deals with funds collected in relation to those activities as a trustee of wherein the beneficiary happens to be the people of this country. As a possible first step in the direction in bringing BCCI under purview of Right to Information Act, we expect the Law Commission of India to examine the issue and make a suitable recommendation to the Government. Beyond that we do not consider it necessary to say anything at this stage.

83.So also the recommendation made by the Committee that betting should be legalized by law, involves the enactment of a Law which is a matter that may be examined by the Law Commission and the Government for such action as it may consider necessary in the facts and circumstances of the case.”

In the covering note, the law firm reportedly stated that it was assisting the Law Commission in its examination of the two issues brought to its attention by the Supreme Court. The firm said it was primarily addressing the issues of “legalising betting in sports” through a comparative analysis of Indian and international law. It also said it was also examining recommendations and suggestions to see whether betting can be legalised within the legal and constitutional framework of India and whether the BCCI can come under the purview of the RTI Act.

The commission, on the request of the apex court, had also started working on establishing the kind of legal framework that would be required to make betting legal in India. Interestingly in 2013, the Madras High Court had granted an interim stay in a writ petition filed by BCCI against the proceedings in CIC by Madhu Agrawal on BCCI as a public authority under the RTI Act. In his reply on the issue, Mr. Subhash Agrawal said the “matter of bringing BCCI under purview of RTI Act is of utmost national importance when BCCI conducts cricket-matches with teams controlled by it named as ‘Indian team’ getting all types of recognition and facilities from Union and state-governments. Even Union government has repeatedly stressed for BCCI to be a public-authority under RTI Act for such similar reasons.”

It will be interesting to see whether the power of Law Commission to take assistance of a law firm for which the Supreme Court had directed it to submit a report will be questioned. It will be further interesting to see whether on basis of data collected by a private entity, which is found to shooting questionnaire to a select few and not in public domain, can the Law Commission prepare a report on output by a selected sample and submit it to the Supreme Court. Importantly, the Law Commission had chosen to put up the draft questionnaire for the matter concerning Uniform Civil Code and regulation of Legal Profession on its website and has been regularly bee updating and receiving replies through it but has deviated from its pattern in the case of BCCI.