Law Commission rejects 'Right to recall' and Right to reject, suggests barring independent candidates in Elections in its 255th report 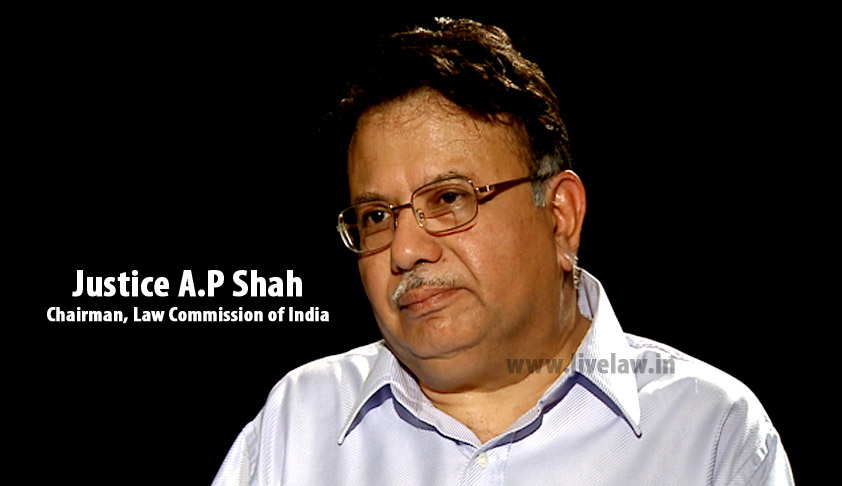 The Law Commission of India today came up with its report on Electoral Reforms. The 255th report of the Law Commission mentions recommendations for election finance reforms that include laws regulating election expenditure, contributions, and disclosure and a comparative analysis with laws in United Kingdom, Germany, United States of America, Australia, Japan, Philippines on...

The Law Commission of India today came up with its report on Electoral Reforms. The 255th report of the Law Commission mentions recommendations for election finance reforms that include laws regulating election expenditure, contributions, and disclosure and a comparative analysis with laws in United Kingdom, Germany, United States of America, Australia, Japan, Philippines on electoral expenditure, disclosure, and contribution.The Commission also analysed the other aspects of Election law and came up with the report.

The Commission also highlighted the legal lacunae and the under-reporting of election spending and recommended that "On a separate note, the authorisation of corporate contribution through a resolution passed at the meeting of the Board of Directors under Section 182(1) of the Companies Act, 2013 should be amended to empower a larger group of people, such as the company's shareholders, in deciding howto use the funds of a company for political purposes. This has been done in the United Kingdom as well. Section 182(1) should be amended to this effect" amongst several other recommendations."

On the point of Disclosure, the Commission recommended that, "Additionally, the auditing provisions should be enforced across all the levels of political parties, including the national, regional, local, and sub-local levels. It is pertinent to note that the Law Commission had recommended the insertion of a new Section 78A in its 170th Report in 1999 on the "Maintenance, audit, publication of accounts by political parties".

The Commission through its report recommended some additional liabilities on both political parties and Election Commission of India. The Commission recommended, "(a) All parties to submit the names and addresses of all their donors(regardless of the amounts or source of funding) for contributionsgreater than Rs. 20,000 through a new section 29D, RPA. Amaximum of up to Rs. 20 crore or 20% of the party's entirecollection, whichever is lower, can be anonymous;

(b) The ECI to upload all the annual returns of the parties (undersection 29E) and the district election officer to upload the electionand contribution expenses of candidates (under section 78A) andkeep the same on record for public inspection for three years.

(c) Parties to submit election expense accounts within a specified period after every Parliamentary or State election, pursuant to the Supreme Court's judgment in Common Cause vs Union of India."and the ECI's notifications on election expenses and transparency guidelines through a new section 29F."

Importantly, regarding the state funding of elections in India, the Commission recognized the current economic situation and recommended that state funding is an unfeasible option in the current circumstances. It recommended, "Given the high cost of elections and the improbability of being able to replace the actual demand for money, the existing system of giving indirect in-kind subsidies instead of giving money via a National Election Fund, should continue."

In the chapter III of the report, the Law Commission discussed the regulation of political parties and inner party democracy. The Commission did a comparative analysis in this case as well, by considering laws from Germany, Portugal and Spain. The report notes, "Although it is open for India to follow Germany/Portugal or Spain's example, it is recommended that any powers to the ECI should extend to the regulation of action and not ideology, given the complex socio-religious-political fabric of the country, its diversity,and secular principles."

Accordingly, the Commission suggested, "Section 29A(5) of the RPA should be amended is in accordance with the draft Political Parties (Registration and Regulation of Affairs) Act to require parties to insert a specific provision in their memorandum to"shun violence for political gains, and avoid discrimination or distinction based on race, caste, creed, language or place of residence"."

Examining the anti-defection law in India, the Commission recommended,"suitable changes be made in the "Tenth Schedule of the Constitution which shall have the effect of vesting the power to decide on questions of disqualification on the ground of defection,with the President or the Governor (as the case may be) who shall act on the advice of the Election Commission."

Regarding the point of strengthening the ECI, the Law Commission of India recommended insertion of Article 324(2A) of the Constitution. It suggested the following additions

"After sub-section (2), add the following words:

"(2A)(1): The Election Commission shall have a separate independent and permanent secretarial staff.

(2) The Election Commission may, by rules prescribed by it, regulate the recruitment, and the conditions of service of persons appointed, to its permanent secretarial staff.""

The Law Commission of India also examined the issue of paid news and political advertising. It discussed the current law in detail, including both Constitutional and statutory provisions along with recommendations from TRAI and previous Law Commission reports.

The Commission also compared the law in this regard in UK, Australia, Canada and ECHR standards. Eventually, the Commission recommended changes as, "first, introducing definitions of paid news and political advertising; second, laying down the consequences attached to those indulging in such practices, and third, the institution that should exercise the powers of imposing such consequences".

The Law Commission while examining the system of Opinion Polls in India recommended that, "the ban under Section 126(1)(b) on display of election matter forty-eight hours before polling begins is limited to display by means of 'cinematograph, television or other similar apparatus'. Since this Section is also used to limit the broadcast of opinion polls and other similar content, the ban applies only to opinion polls in the electronic and not the print media.

This anomaly in the applicability in the law relating to publication of election matter must be rectified, particularly in an age where digital and print media are closely interconnected."

The Commission also examined the much contentious issue of compulsory voting, in relation to which a law was passed in Gujarat. Regarding the same, the Law Commission opined, "the Law Commission does not recommend the introduction of compulsory voting in India and in fact, believes it to be highly undesirable for a variety of reasons described above such as being undemocratic, illegitimate, expensive, unable to improve quality political participation and awareness, and difficult to implement."

Regarding the issue of election petitions, the Law Commission recommended various amendments in the present law, i.e. Sections 79, 80A, 82, 86, 98 along with other provisions and it also recommended inserting a new Section 98A in the RP Act.

In Chapter XI of the report, the Commission discussed the NOTA and right to reject and recommended, "The Law Commission currently rejects the extension of the NOTA principle to introduce a right to reject the candidate and invalidate the election in cases where a majority of the votes have been polled in favour of the NOTA option. However, the issue might be reconsidered again in the future."

The Commission also examined the Right to Recall and eventually recommended that it is not in favour of such a right in any form.

On the issue of totaliser for counting of votes, it observed, "the current system revealed the voting trends in each polling station, thus leaving the voters in that vicinity open to harassment, intimidation and post-election victimisation." Accordingly, it recommended for a totaliser in counting of votes, recorded in an EVM.

The Commission also examined the restriction on government-sponsored advertisements and recommended,"The insertion of a new Chapter, Chapter VIIB in Part V of the RPA titled"Restriction on Government Sponsored Advertisements".

In addition, on the numbers of seats a person can contest from, the Commission recommended that such a number should be fixed as one, instead of the present two.

The Law Commission also recommended for debarring individual candidates from fighting the election. It highlighted that many of the independent candidates are bogus in nature.

The Law Commission also said, "The Law Commission fully endorses the above suggestions of the ECI regarding the introduction of common electoral rolls for Parliamentary, Assembly and local body elections. However, given that introducing common electoral rolls will require an amendment in the State laws pertaining to the conduct of local body elections, the Central Government should write to the various States in this regard. We hope that the States will consider amending their laws based on the suggestions of the ECI and the Law Commission."

The Law Commission of India came up with the report as, "The Ministry of Law and Justice, in January 2013, requested the Twentieth Law Commission of India to consider the issue of "Electoral Reforms" in its entirety and suggest comprehensive measures for changes in the law.  While working on the subject, the Supreme Court of India, in the matter of "Public Interest Foundation & Others V. Union of India & Anr -Writ Petition (Civil) No. 536 of 2011, directed the Law Commission of India to make its suggestions on two specific issues, viz., (i) 'curbing criminalization of politics and needed law reforms'; and (ii) 'impact and consequences of candidates filing false affidavits and needed law reforms to check such practice'."

You may read more of our coverage on the issue of Electoral Reforms here.