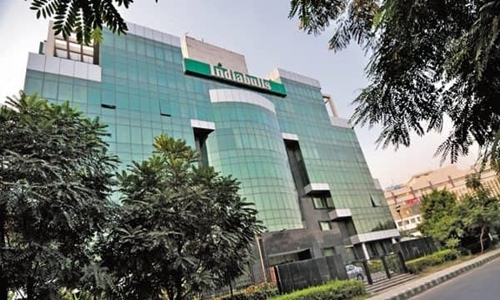 (Updated)The law firm Managium Juris LLP has issued a public apology to Indiabulls Housing for filing false cases against it. The father-son duo Mani Ram Panday and Kislay Panday, who head Managium Juris, came into limelight when the financial services company, Indiabulls, moved the Supreme Court seeking an urgent listing of the plea filed by their law firm against the company,...

The law firm Managium Juris LLP has issued a public apology to Indiabulls Housing for filing false cases against it.

The father-son duo Mani Ram Panday and Kislay Panday, who head Managium Juris, came into limelight when the financial services company, Indiabulls, moved the Supreme Court seeking an urgent listing of the plea filed by their law firm against the company, raising allegations of misappropriation of Rs 98,000 crore of public money by its directors.

The Gurugram Police has told the Times of India that both Mani and Kislay are not lawyers and their degrees are bogus. This was reportedly also confirmed by the Allahabad High Court Bar Association, where they claimed to be registered. They have admitted to targeting financial institutions by alleging financial irregularities and misappropriation of funds in the company and dragging them to court, as per the Police of Gurugram. "Soon they would build pressure on the company by divulging details to the media. And subsequently they would withdraw the petitions in exchange for money", the Police added.

Speaking to Live Law  from London, Kislay Panday denied the allegations of Gurugram Police that he was a fake lawyer. He said that he was a graduate of Allahabad University, and did his LL.B. from Chaudhary Charan Singh Law College, Meerut in 2013. He added that he has enrolled at the Bar Council of Delhi with enrolment ID D/789/2013.

In the public apology published in newspapers, the firm expressed its regret for the loss of goodwill and financial resources caused to Indiabulls. The apology by Kislay Pandey, Partner of Managium Juris, stated that the case was filed when they came across the news of Indiabulls' plan to merge with Lakshmi Vilas Bank.

"Sensing this as a delicate and critical phase for the company and therefore an opportunity for the clients to exert pressure and with a view to sensationalize the matter certain scathing allegations were made by them in the petition involving huge numbers against the company and its officials", said the apology statement.

The petition filed by the firm against Indiabulls for the party Abhay Yadav remained unlisted due to defective filing to cause trouble for Indiabulls, stated the apology. The statement added that similar false and factually incorrect complaints which were drafted and sent through the office of the firm under the names of several other individuals for the sole purpose of "sensationalizing allegations against Indiabulls and causing harassment to the company" have also been withdrawn.

"'It was the wish of the clients and not the law firm or any individual advocates. The entire apology is for and behalf of client on their sole instructions. Rest the departments are free to investigate the contents of the case".

During the hearing of the misappropriation matter before a vacation bench, Senior Advocate Abhishek Manu Singhvi had reported that Indiabulls suffered losses of nearly Rs. 7,000 crore in the markets because of the frivolous complaint. Later in a press statement the company had stated that a racket of blackmailers was trying to extort Rs. 10 crores in lieu of withdrawing the false complaint.

Notably, the court issued had non-bailable warrants against the two for offences of fraud, cheating, extortion and conspiracy, in June. "Four similar extortion cases are also registered against the father-son duo…", the Police said. 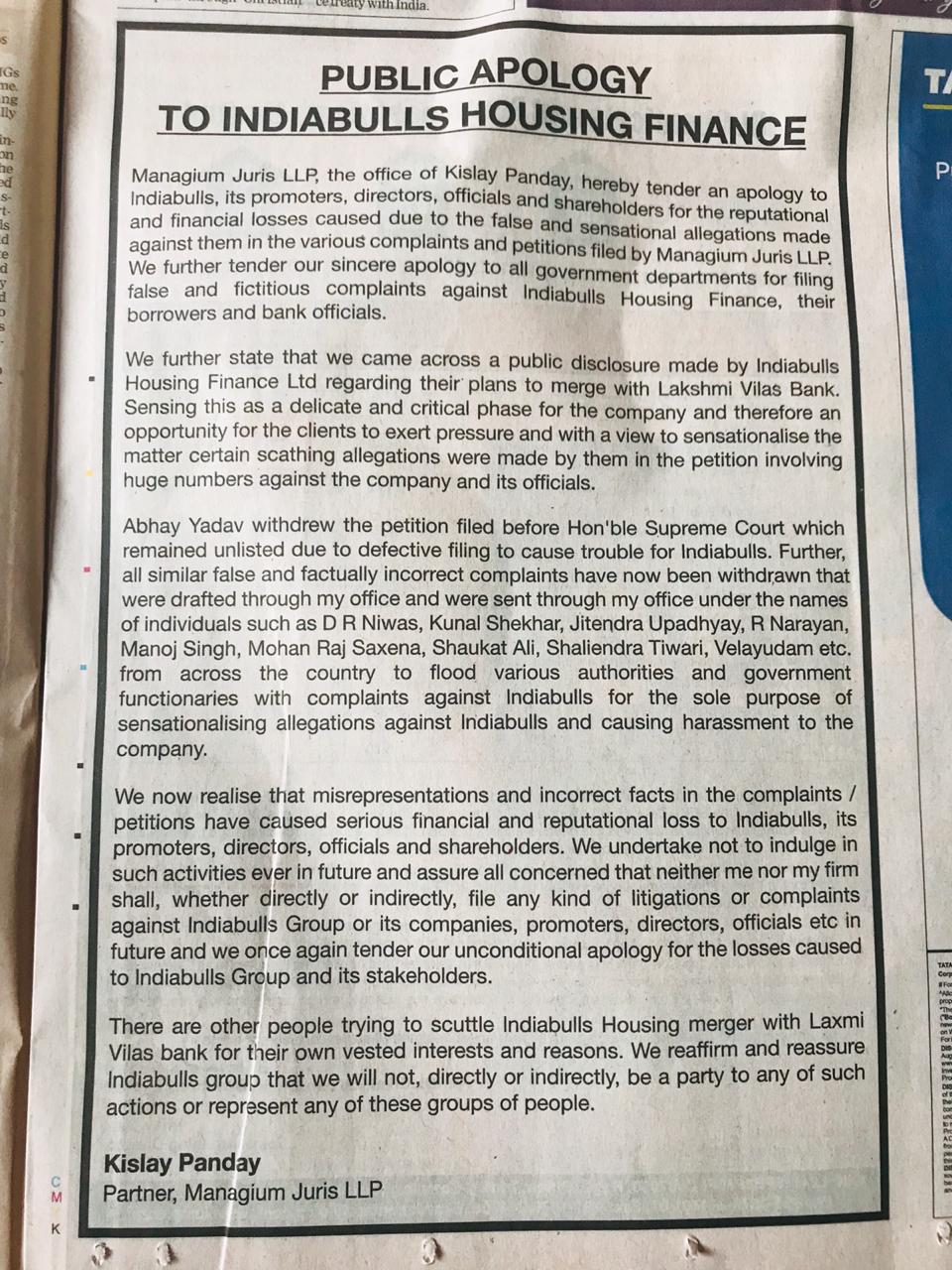