Empowering Legal Rights Every Indian Woman Should Be Aware Of! 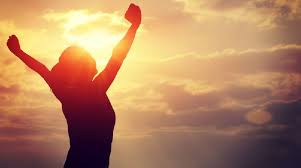 Newspapers and media are often seen quoting terms like women empowerment, gender equality, and women's rights that call out unanimously to the modern, educated, and a liberated class of female folks that belong to the rapidly changing 21st century. Yet, this transformation on the flip side has severe pitfalls and cracks, notwithstanding the rapid liberation of women, especially in urban areas. Every other day, we come across cases of violence against women, harassment and molestation cases, eve-teasing and stalking cases, and many more.

Women's safety is of primary concern to the government too. With the everyday rise in the number of cases against women, the government has created special provisions in our constitution meant exclusively for the protection of women. These laws have been amended from time to time, many new provisions have been included with old ones, and several inclusions to the old acts are also done from time to time.

Yet, there needs to be a stringent system in place to enforce these laws with all their power and bring law offenders behind bars.

The infamous Nirbhaya case remains etched in most of our minds and reminds us that culprits are roaming in various parts of the country, and the safety of women is still of primary concern to the countrymen. The protection of women in the country is one of the top priorities of the government. Even today, women fear going out form their safe zones in the night; they face fear and are victims of sexual abuse even at public places. In public transportation systems, women do not have safety, and most of them do not prefer to travel alone.

Women of today are multitaskers. They not just manage their household chores and look after their families, but also double up as breadwinners earning money and supporting their families. Today's modern and independent women face many hurdles at their workplaces. Some of them could be termed harassment at the workplace. Many women fear for the remarks they would receive from society and hence avoid talking about workplace issues in public. Its high time women stood up for their rights and spoke about not letting their dignity falling at stake in workplaces.

In hindsight, it's not just enough if we spoke about these issues at public events and meetings. Strict rules and regulations that enforce capital punishment on wrongdoers will help, to some extent, in instilling fear in the minds of culprits. Our country would become fully developed if the women of the country start feeling safe for them and can live without fear of losing their dignity at any cost.

The constitution of India has laid out special acts, rules, and provisions that empower women to use them as their disbursal whenever the scenario demands their usage. But the sad part of the whole picture is that not many women are aware that such protections for women exist under law. The awareness factors for these acts are pretty low in the country. Social media propagation for these important provisions is relatively low, making them stay in blind spots instead of being known to the majority of women population.

In this article, we take a detailed tour of the different kinds of acts and provisions the constitution guarantees to protect the rights and interests of women. Let's take a look at each of them in detail.

Strengthening the female population with these 17 powerful rights for women!

#1. The right to equal pay at workplaces – equal remuneration act, 1976

This right is laid down in the Equal remuneration act of 1976. Before the act came into place, men and women were paid relatively different payouts for the same amount of work done by both. This created discrimination of women on the grounds that they were the ones to receive less payouts when compared to their male counterparts. With the Equal remuneration act in place since the year 1976, employers should guarantee equal pay at workplaces for both men and women at each level of the organizational structure.

#2. The right to dignity and decency with respect to a woman

If a case has been booked against a woman and she needs to undergo a medical examination as part of the case investigation involving her, then such formalities need to be done only in front of or in the due presence of a lady medical examiner. Otherwise, the medical examination cannot be conducted with just male personnel as it goes against the protection of decency and dignity with respect to a woman.

#3. The right to act against sexual harassment at workplace

The Sexual harassment of women at the workplace act, 2013, enables women to raise their voices against sexual offenders at workplaces. It empowers them and avoids those becoming victims of sexual abuse at their area of work. Instead, women can file a written complaint to the internal complaints committee set up by the organization within a span of 3 months and register wrongdoing against the offender. This way, women can act upon such unruly practices and help companies to take action against sexual predators working in their companies.

#4. The right to fight against domestic violence and abuse

The protection of women from domestic violence act (2005) gives more power to women to raise their voices against domestic violence. Any form of domestic violence meted out to a wife or a woman partner in a live-in relationship or a mother/ sister or any woman for that matter is a punishable offence. The offenders could be the male members of the family, likely the husband, father –in law or even female members abusing other female members in forms of verbal abuse, placing demands for money, emotional harassment, sexual harassment, physical abuse, etc. Such offenders shall be tried and punished under the law; they may be imprisoned for almost three years and pressed with hefty fines for wrongdoing.

#5. The right to maintain anonymity in case of sexual harassment victims

If a sexual abuse victim wishes to protect her identity for various reasons or wishes to stay anonymous out of fear of society, she has the privilege to do so without the police personnel forcing her to reveal her identity much against her privacy factor. Such a woman can initiate a recording session of her statements in private, either in front of a district magistrate or a female officer, with whoever she feels comfortable with.

#6. The right to free legal help and counselling services

#7. The right to not get arrested under the law during night times

As per the Code of criminal procedure 1973, women cannot be arrested and taken to police stations for interrogation after sunset and before dawn or sunrise. If a case is appointed on an emergency basis and the female accused needs to be called in for an interrogation, then such women could be interrogated in front of their family members at their own houses.

#8. The right to file a complaint through virtual modes

Just in case a woman finds herself not in a position to personally visit the nearby police station to render a complaint, she has other ways through which she can embark on the request. She can either e-mail a complaint in formal ways or present a written letter to the concerned personnel through post citing the complaint proforma in complete detail. Later, based on the legitimacy of the complaint received, a female constable shall be sent to her place to record her complaint and take the investigation further.

#9. The right to act against derogatory remarks/indecent representations

If a woman's body or any part of her body has been shown or represented anywhere in social media/ public places or any communication form, etc., then such acts call for severe punishment under the law. Any kind of indecent and unacceptable representation of herself against her wishes can lead to a punishable offence under the indecent representation of women (Prohibition) act (1986).

#10. The right to fight against being stalked

Stalking of a woman includes eve-teasing her, following her against her wishes, engaging in a conversation with her much against her will to proceed any further, forcing her to build a conversation over telephone or on social media, demanding her attention without her approval, etc. These acts are severely punishable under Section 354D of IPC.

To help women victims file a complaint in the least possible time and to prevent offenders from running away without being caught under law, the Supreme Court held this ruling. This system has been in practice for quite a long time now. A female victim can go to the nearest accessible police station and register a complaint. Even if that police station does not happen to fall under the appropriate jurisdiction where the offence took place, the police personnel have to oblige and help the victim to register a complaint in the shortest time possible.

#12. The right to avail maternity benefits

The parliament of India presented the Maternity benefits act (1961) and enforced the amendment of the act as on April 01st, 2017, which entitles a pregnant woman or an expecting lady to avail benefits for a fully paid leave at her employment place. This tenure of absence from her workplace is essential for their caretaking as well as for the nurturing of her child; hence the Lok Sabha passed the bill to protect the health interests of women.

#13. The right to ancestral property

The Hindu succession act (2005) laid down a revolutionary act in favour of women giving equal rights to sons and daughters of every family. According to the act, a daughter has equal rights to her ancestral property as much as her brothers or the sons of the house have a share in it. This ensures a fair and equal division of property amongst sons and daughters of the house.

#14. The right to deny child marriage

The Prohibition of child marriage act (2006) wishfully denies child marriages in society. A man is considered to be an adult at the age of 21 years, and the same has been exacted at 18 years for women. At this age, families can initiate marriages for their wards but engaging children in marriage solemnization before arriving at that age is a punishable offence and can lead to rigorous imprisonment for about two years along with payment of hefty fines.

#15. The right to disagree for providing dowry in marriage

According to the Dowry Prohibition act (1961), placing a demand for cash/kind or goods from families of daughters during/after marriage is a criminal offence. The bridegroom's family cannot place demands for cash/ valuables/ jewellery/other gifts or exotic items and expensive durables or harass the bride and her family to seek their property of any kind.

#16. The right to register police complaints without time restrictions

In many cases, women may be unable to register a complaint at the time an offence took place. For fear of society or to help them hide their identities, it may not be possible for them to report an offence as soon as it takes place. In such scenarios, females have the right to register a complaint at their feasible time period, much layer after the incident took place, and it would still be considered valid.

#17. The right to not go to police stations for interrogation

Section 160 of the criminal procedure code provides special provisions to women to answer interrogation sessions from their homes in front of their family members and disallows police personnel from forcing them to pay in-person visits to the site of interrogation/ police stations whichever is applicable.

Social media awareness is at an all-time high these days. This should be constructively channelled to empower women with information about the existence of such rights of women. Women should be aware of dangers lurking against them in the dark and protect themselves through self-defence and also through the appropriate usage of legal measures to help law punish the culprits.