Implications Of Supreme Court's Order Of Free Testing (And Its Modification) 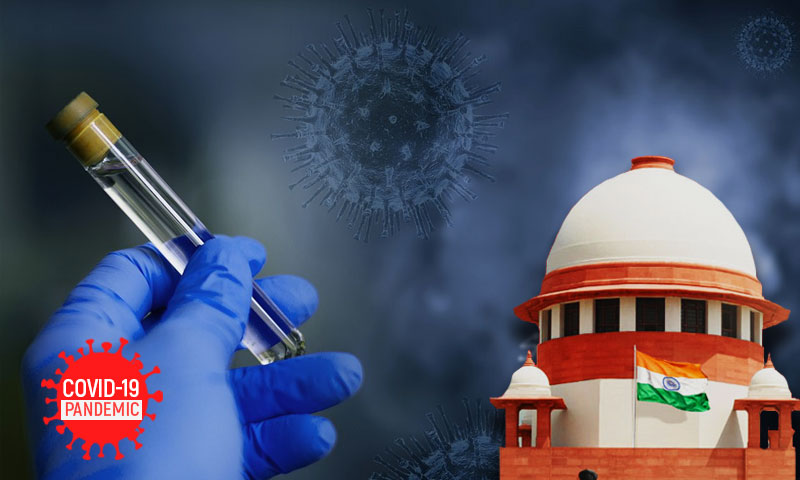 The supreme court on 8.4.2020 passed an interim order in Shashank Deo Sudhi v. Union of India &Ors. directing, inter alia, that the tests relating to COVID-19, whether in approved government laboratories or approved private laboratories shall be free of cost shall be conducted free of cost. In this regard, the court directed the State to issue necessary directions immediately.

The Supreme Court vide Order dated 8.4.2020 noted that "at this time of national calamity permitting private Labs to charge Rs.4500 for screening and confirmation test of COVID-19 may not be within means of a large part of population of this country and no person be deprived to undergo the COVID-19 test due to non-payment of capped amount of Rs.4500."

The Court further observed that "the private Hospitals including Laboratories have an important role to play in containing the scale of pandemic by extending philanthropic services in the hour of national crisis."

However on 13.4.2020 the Court modified its earlier order dated 8.4.2020 and held that free Covid-19 testing would only be for persons eligible under Ayushman Bharat Pradhan Mantri Jan Aarogya Yojana and any other category of economically weaker sections of the society that the Government has notified or which the Government may consider eligible. The court further held that private labs could continue to charge the payment for testing of COVID-19 from persons who can afford the payment of the testing fee prescribed by the ICMR.

This Order of the Hon'ble Supreme Court has come at a time when India's testing ratio is among the lowest in the world. We have examples of countries like South Korea, Singapore etc. who have led the way in containing the spread of the virus with a high testing ratio. The Director-General of the World Health Organisation has also said that testing is the key in the battle against the virus. Therefore, the need of the day is to allow access to as many tests as possible.

The direction of free testing passed by the Supreme Court is an endeavour to protect the poor and needy, and to advance the cause of social justice. By modifying its order, the court has also put to rest any concerns regarding possible judicial overreach by clarifying that the interim order dated 8.4.2020 was intended to make the COVID-19 testing free for economically weaker sections of the society and was never intended to make the testing free for those who can afford the payment of a testing fee prescribed by the ICMR. The court further noted that the Government may issue necessary guidelines and mechanism to defray expenses and reimbursement of the cost of free testing to the private labs.

The containment of an infectious disease outbreak largely depends on diagnostic preparedness for it. We have examples of countries like South Korea, Singapore, etc. which have led the way in containing the spread of the virus with a high testing ratio. While it may not be reasonable to expect a high testing ratio in a populous country like India, easy accessibility of tests to economically weaker sections would certainly, be instrumental in breaking the local transmission chain and the order of the Hon'ble Supreme Court is a step further in that direction. The order is also in line with the overall view taken by the Supreme Court in the recent times, to protect the poor and needy, and to advance the cause of social justice.

The question which arises is whether in absence of the clarification issued by the Court, the earlier order of 8.4.2020 would have amounted to Judicial Overreach?

The answer in our view is 'No'. One way of perceiving the Order can be that the Laboratories which have been granted permission by the Govt to conduct the tests are in effect performing a public duty, and hence are akin to State within the purview of Article 12 of the Constitution of India. If any of these labs were to discriminate based on race, caste, sex or religion etc. their actions will certainly be termed as discriminatory and would be amenable to writ jurisdiction of the Court. The Court has thus not acted beyond its powers while passing this order.

The test laid down by SC before an organisation can be held to discharge a public function, is that the function must be of a character that is closely related to functions which are performed by the State in its sovereign capacity.

In this case, the test cannot be conducted by all laboratories. It is only a few laboratories approved by the Government. Earlier it was only Government hospitals and labs which were conducting the tests. Thus, the function is similar to the obligations of the State. Further, the Court has directed the State to direct the private respondents to provide for the free test. The Central Government is empowered under Section 65(1) of the Disaster Management Act, 2005 to requisition of any resources with any authority or person needed for the purpose of a prompt response. The Hon'ble Supreme Court has not directed the private labs per se but has directed the State to pass necessary directions. Thus, overcoming any hindrance, if at all, to the jurisdiction of the Court under Article 32 read with Article 12.

Even otherwise, it is not the first time that the Apex Court has made a private body amenable to its writ jurisdiction for performing a public function. One such example is the case of M.C. Mehta v. Union of India AIR 1987 S.C. 1086 (Sriram Industries case), the Hon'ble Supreme Court without bringing Sriram Industries within the purview of Article 12 of the Constitution held that Shriram Industries was manufacturing chemicals and fertilizers which are so fundamental to the society and so it could be considered as a governmental function. The court further highlighted the significance of human rights jurisprudence: -

"It is through creative interpretation and bold innovation that the human rights jurisprudence has been developed in our country to a remarkable extent and the forward march of human rights movement cannot be allowed to be halted by unfounded apprehensions expressed by status quoists."

In the case of Shri Anadi Mukta Sadguru S.M.V.S.J.M.S. Trust v. V.R. Rudani AIR 1989 SC 1607, the Hon'ble Supreme Court held that the only two exceptions to the writ of mandamus are- if the rights are purely of a private character and if the management of such private body is purely private in nature with no public duty.

Further, there are instance in law, such as Patent Act where The government of India, if it thinks necessary can exercise the powers of eminent domain to revoke the Patent and put any product for public utility.

The Order directing free Covid-19 testing can also be seen from the lens of socialism which is enshrined in the Constitution of India.

It may be noted that it was only an interim order, and the writ petition is still pending.The Hon'ble Supreme Court passed this order considering humanitarian and philanthropic aspects during the times of this calamity and has exercised their extraordinary jurisdictional powers. This is not a precedent in our view.

As regards the issue of reimbursement, the directions of the Supreme Court to the Government are not mandatory in nature. The reservations expressed by the private labs have not, therefore, been fully resolved. The pressing need of the hour is for the Government to chalk up mechanism for reimbursement of cost of free tests to private labs for we cannot afford to have disincentivised private labs left to bear the material costs from their own pocket.