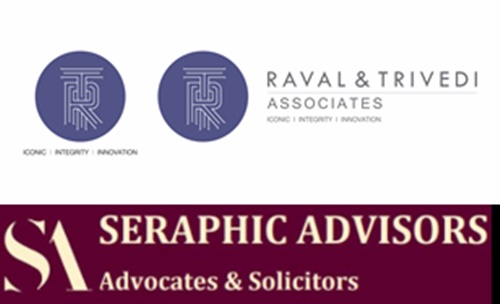 Even though many arbitration institutions have recognised and incorporated the concept of Emergency Arbitration and the awards granted by the emergency arbitrator, however, India still does not recognise this concept and so far has not recognized emergency awards. This relief is available to parties by approaching courts under Section 9 of the Arbitration & Conciliation Act, 1996 ('A&C Act'). The definition of award under Section 2(c) of the A&C Act does not include the provision for "emergency award" within its ambit and scope. The absence of the said provision has also been said to be a conscious decision of the legislature, which, in all its wisdom did not include the said same in the amendments of 2015 and 2019 to the A&C Act, despite the recommendation of the Law Commission in its 246th Report to expand the definition of an 'arbitral tribunal' under Section 2(d) to include the concept of 'emergency arbitrator'. Despite the same, such an inclusion was not made in the subsequent amendments to the A&C Act.

Who is an Emergency Arbitrator?

The role of emergency arbitrator comes into effect in a situation where prior to constitution of an arbitral tribunal, a party seeks to obtain an urgent interim relief. Under the A&C Act, the said power rests with the Court under Section 9 of the said A&C Act. However, as stated above, a number of arbitration centres have made provisions for the said relief to a party, without approaching the Court, through an emergency arbitrator, prior to constitution of an Arbitral Tribunal in terms of the arbitration agreement.

Under the New York Convention, 1958 on the Recognition and Enforcement of Foreign Arbitral Awards, the interim/provisional/interlocutory orders of foreign-seated arbitral tribunals, including Emergency Awards are not recognized. The New York Convention requires an award to be final and binding as a precondition to its recognition and enforcement. Further, it also prevents enforcement of an award which has been passed without an opportunity to the other party to present its case. In light of this, the most commonly suggested analysis is that Emergency Awards are not by themselves enforceable in case of international arbitrations. Under the A&C Act, the enforceability of emergency award is likely to be attempted by way of filing a suit for interim measures from court in line with the emergency award made by the emergency arbitrator.

The Delhi High Court in a case filed by Raffles Design International India Private Limited against Educomp Professional Education Limited[1] ('Raffles Case') had held that the emergency award passed by the Arbitral Tribunal cannot be enforced under the A&C Act and the only method for enforcing the same would be for a party to file a suit. The Court thus, held that the award passed by the emergency arbitrator does not fall in the scope of A&C Act. However, in the Raffles Case, the Court was dealing with an emergency award passed in a foreign seated arbitration.

For a long time, the legal position regarding the validity and sanctity of the emergency arbitration was unclear and vague. But recently, the Delhi High Court in a suit[2] filed by Future Retail Limited ('FRL') primarily against Amazon.com Investments Holdings LLC ('Amazon') as the contesting party ('FRL – Amazon Suit'), has held that that the Emergency Arbitrator in an arbitration governed by Part I of the A&C Act prima facie is not a coram non judice and the consequential Emergency Award is not invalid on this account.

In the present case, the arbitration between the FRL, Future Coupons Private Limited ('FCPL') and Amazon is an International Commercial Arbitration seated in New Delhi, India and governed by Part I of the A&C Act, however, conducted in accordance with SIAC Rules, thus making the SIAC rules the procedural law.

It has been mentioned by the Delhi High Court in the FRL – Amazon Suit that the Indian law of arbitration allows the parties to choose a procedural law different from the proper law. The SIAC rules provide an option to the aggrieved party to either approach the emergency arbitrator for interim relief, or to approach a judicial authority for the same, prior to the constitution of the Arbitral Tribunal. In such circumstances, the Delhi High Court concluded that the SIAC Rules do not take away the substantive right of the parties to approach the Courts in India for interim relief.

Reiterating that party autonomy was the backbone of arbitration, the Court upheld the sanctity of the arbitration agreement entered between the parties and observed that "The parties had with open eyes left it for themselves, to choose between availing interim reliefs from the emergency arbitrator on the one hand, or the Courts under Section 9 of the A&C Act on the other hand. Thus, Amazon has exercised its choice of the forum for interim relief as per the arbitration agreement between the parties. Nothing in the A&C Act prohibits the parties from doing so." The Court observed that the parties having deliberately left it open to themselves to seek interim relief from an emergency arbitrator, or the Court in terms of Rule 30.3 of SIAC Rules, the authority of the said Emergency Arbitrator cannot be invalidated merely because it does not strictly fall within the definition under Section 2(1)(d) of the A&C Act.

Although the position of law in respect of Emergency Awards passed by Emergency Arbitrators remains fluid, the Courts appear inclined to recognize the same and rightly so. The legality of an emergency award in India will help in providing legal sanctity to the provisions pertaining to emergency arbitrators and awards in the various international arbitration centres and further providing more impetus to party autonomy. It will also help in providing quick relief to parties seeking interim reliefs. The same will also strengthen the development of arbitration in India and decrease judicial intervention in arbitration.

Mrs. Namrata Trivedi is a partner at Raval & Trivedi Associates. Mr. Mayank Grover is a partner and Ms. Gurleen Kaur is an associate at Seraphic Advisors. Views are personal.