Right To Profess, Practise And Propagate Religion In The Time Of COVID-19 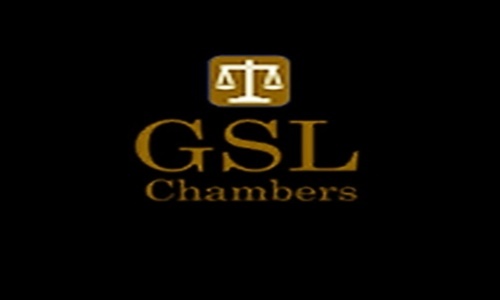 The ongoing crisis and the advent of pandemic/epidemic has also led to some very interesting and important legal issues. One such issue, which is being discussed presently is the balance between Fundamental Right of a citizen to profess, practice and propagate religion as against the right of others to have a healthy and safe environment and surroundings, and duty of the public at large to follow the mandatory directives issued by the authorities from time to time.

The phrase which is at the center of the controversy is 'Congregation'. The dictionary meaning of the word 'Congregation' means a group of people gathered together for religious worship. This very act of coming together of people from all walks of life to worship at a commonplace is contrary to the very spirit of social distancing. A congregation is not limited to a particular religion. It can be a Satsang or a church or mosque congregation.

As the world has seen, the congregations have often led to one or more 'super spreader', a term coined during these times to denote an individual who spreads the virus on multiple people at once. The first such major incident was in South Korea, where the Country having contained the virus to a large extent, suffered after some congregations at a Church where the infamous "31st case" (South Korea had 30 cases before that) became the super spreader.

In India, one the first cases was a super spreader in Punjab who had returned from a foreign country and participated in some congregations which resulted in spread of the virus. Further, the case of Tableeghi Jamat in Delhi and the spread of virus thereafter is known to everyone and needs no further elaboration.

There are several other incidents across the world including Africa and South East Asian countries such as Malaysia and Thailand that have refused to abide by the orders of the state implementing social distancing. Infact, swimming against the current, several states in United States despite closure orders made specific exceptions for religious institutions like churches.

Faith, as we know can be expressed in various forms such as holding hands, sharing intimate communions, kissing or touching religious objects. Some religious institutions have however, adopted technological solutions during this pandemic. For instance, the Roman Catholic Church began live-broadcast of Pope's daily mass and Sunday sermon. On another occasion, the National Cathedral in Washington DC livestreamed a service.

The answer is in the language of Article 25. Although our constitution guarantees freedom of conscience and free profession, practice and propagation of religion under Article 25 of the Constitution, however, the same is balanced so as to no endanger the life, security, and well-being of the society.

Article 25 (1) states that "Subject to public order, morality and health and to the other provisions of this Part, all persons are equally entitled to freedom of conscience and the right freely to profess, practice and propagate religion".

Thus, the right is not absolute and is subject to public order, morality, and health. In any event, all citizens of the Country are entitled to a healthy and safe environment and surroundings. The fundamental rights of a citizen cannot be extended to encroach upon the rights of others. Therefore, the safeguards imposed by our constitution are emphatic. Religious beliefs do not deserve absolute protection under our constitution and rightly so.

The interplay between Article 21 and 25 come into play when such restrictions as stated in Article 25 of the Constitution are imposed. The Supreme Court, in State of Punjab v. M.S. Chawla(1997) 2 SCC 83, has interpreted Article 21 in a broad manner, stating that "right to health is integral to the right to life. The government has a constitutional obligation to provide health facilities." Thus, the State is under an obligation under Article 21 of the Constitution to take the bull by its horn in case of public health emergency such as the present pandemic to protect the lives of its people.

The Apex Court has evolved a definite formula to solve such conflicts. In all such situations, the Apex court has maintained a rock-solid stance of balancing of the fundamental rights which is truly in sync with the interpretation of fundamental rights clashes in other jurisdictions. Balancing of the fundamental rights aims to ensure that the "paramount collective interest" that is the larger public interest is ensured. A three-step formula has been laid in this regard, where firstly; the facts and the circumstances of both such violations are considered. Secondly, the competing interests are measured and thirdly a balance is sought to creatively interpret the violations by ensuring that none of them is completely made extinct.

It will be interesting to see if any Court is called upon to answer these issues specifically in the backdrop of a pandemic in the future. For the time being, on 06.04.2020, Jamiat Ulama-i-Hind filed a writ petition before the Supreme Court seeking a direction to Centre to stop communalising the Tablighi Jamaat incident which is allegedly linked to the spread of COVID-19. Yet another petition has been filed before the Supreme Court seeking imposition of complete ban on all activities of Tablighi Jamaat and demolition of building of office of Tablighi Jamaat.

For the time being, we can only say that the rights under Article 25 are not absolute, and in any event, exercise of such rights has to be restricted to the extent that they do not violate the fundamental rights of other citizens.