Striking A Balance Between Bail And Jail

The Central as well as the State Governments have been very swift in their response to the Pandemic and have issued various advisories, directions, orders and guidelines to ensure safety and wellbeing of the citizens.

The Supreme Court of India has not been too far behind in COVID activism. On March 16, 2020, IN RE: CONTAGION OF COVID 19 VIRUS IN PRISONS[1], the bench consisting of the Hon'ble Chief Justice of India Justice SA Bobde and Hon'ble Justice L Nageswar Rao directed the Chief Secretaries/Administrators, Home Secretaries, Directors General of all the Prisons and Department of Social Welfare of all the States and the Union Territories, to suggest immediate measures which should be adopted for the medical assistance to the prisoners in all jails and the juveniles lodged in the remand homes and for protection of their health and welfare.

The above directions were given due to the concern that prisons can become fertile breeding grounds for incubation of COVID-19. The concern finds its basis in the fact that:

(a) the rate of ingress and egress in prisons is very high, especially since persons (accused, convicts, detenues etc.) are brought to the prisons on a daily basis;

(b) several correctional officers and other prison staff enter the prisons regularly, and so do visitors (kith and kin of prisoners) and lawyers.

While most States adopted measures in the form of creation of isolation wards, quarantine of new prisoners including prisoners of foreign nationality for a specific period, preliminary examination of prisoners for COVID-19, ensuring availability of medical assistance, entry points scanning of staff and other service providers, sanitization and cleanliness exercise of prison campus and wards, supply of masks, barring or limiting of personal visit of visitors to prisoners, suspension of cultural and other group activities, awareness and training with regard to stoppage of transmission of COVID-19 and court hearings through video conferencing among others[2], some of the more significant measures adopted by some Sates were:

Taking note of the overcrowding in the prisons as a serious concern, especially at a time when social distancing is the most effective way of preventing the contagion of COVID 19, the Supreme Court of India towards ensuring that the spread of the corona virus within the prisons is controlled thereby securing the right to life of the prisoners, gave the following direction[10]:

Each State/Union Territory shall constitute a High Powered Committee[11] to determine which class of prisoners can be released on parole or an interim bail for such period as may be thought appropriate.

The Supreme Court however made it clear that the High Powered Committee can determine the category of prisoners who should be released as aforesaid, depending upon the nature of offence, the number of years to which he or she has been sentenced or the severity of the offence with which he/she is charged with and is facing trial or any other relevant factor, which the Committee may consider appropriate.

The directions of March 23, 2020 gave several prisons and undertrials another chance to seek bail as a result of which the High Courts witnessed a flood of petition. Some petitions were filed on the basis of age and the resulting vulnerability or susceptibility to COVID 19 while others were filed on the grounds of decongestion and social distancing.

The High Court of Kerala also adopted a strict view of the Supreme Courts directions to decongest the jails. A full bench of the Kerala High Court[13] while observing that the personal liberty of persons incarcerated in jail cannot in any manner be curtailed, granted interim bail to all under-trial / remanded prisoners incarcerated in the jails within the State of Kerala, who face accusation of having committed offences punishable upto 7 years or less till the end of the lock down period.

In the case of Deepu Krishnan & Ors. Vs. State of Kerala[14], the High Court of Kerala granted provisional bail to an accused on the grounds that a lockdown has been imposed in the Country and the citizens therein have been advised to practice social distancing and to quarantine themselves.

The High Court of Rajasthan, on the other hand held that when there is complete lockdown, bail applications, and applications for suspension of sentence cannot be considered to be of extreme urgency. The Court observed that in light of the threat posed by COVID 19, it would not be fair to expect the police personnel to travel hundreds of kilometers in their private vehicles to produce the case diaries thereby exposing themselves[15].

A similar view was expressed by the High Court of Bombay. The Court while admitting that the COVID 19 situation is precarious, and acknowledging that the inmate's right to life (i.e, a safe and healthy environment) is equal to those in the outside world held that releasing a prisoner on bail at this time, will not only endanger the prisoners life but the life of many others[16]. The decision of the Court was based on the following factors:

The Court placed the responsibility on the jail authorities to ensure that the inmates who are presently housed in jails are not infected by the virus on account of over-crowding in jails[17].

Interestingly the Bombay High Court's concern about releasing prisoners during the lock down came true. Several prisoners who were released, owing to the lock down were stranded as they had no means to reach their homes or their places of residence. As a result of this, the Supreme Court had to once again pass fresh directions to the Union of India and the States/Union Territories to ensure that all the prisoners who have been released are not left stranded and they are provided transportation to reach their homes or given the option to stay in temporary shelter homes for the period of lockdown and also directed the Directors General of Police to provide safe transit to the prisoners who have been released so that they may reach their homes[18].

Inspite of the above directions and clarifications several cases continued to be filed questioning the inaction of the state governments in releasing the prisoners and the criteria adopted by the High Power Committee. The Supreme Court by way of its order dated April 13, 2020, clarified that the purpose of its March 23, 2020 was to prevent the overcrowding of prisons so that in case of an outbreak of coronavirus in the prisons, the spread of the disease is manageable and further that did not direct the States/ Union Territories to compulsorily release the prisoners from their respective prisons. The March 23, 2020 order was to ensure the States/Union Territories assess the situation in their prisons and determine the category of prisoners to be released.

While the Courts remained divided in their approach in safeguarding the prisoners from the contagion, the government on the other hand to enforce the lock down measures made violation of their orders a punishable offence under Section 188 of the Indian Penal Code, 1860 (IPC).

Dr. Vikram Singh, former DG(P) of Uttar Pradesh filed a public interest litigation before the Supreme Court, questioning the arrests under section 188 of IPC and to quash the FIR's as being in violation of Article 14 and 21 of the Constitution and the orders of the Hon'ble Supreme Court in IN RE: CONTAGION OF COVID 19 VIRUS IN PRISONS. The primary argument was that on one hand the courts have been directing decongestion of prisons on the other hand the jails continue to be burdened by virtue of the arrest for violation of lockdown orders. The Supreme Court however dismissed the PIL as it was not inclined to entertain this petition under Article 32 of the Constitution.

The High Court of Rajasthan[21] took suo moto note of the large number of COVID positive cases in its central and district jails and issued the following directions to maintain high standards of care for the jail inmates:

Judiciary and executive, in their own way, are addressing the issue pertaining to contagion of COVID in prisons. However, the actions of the judiciary and the executive appear to be running diametrically opposite to each other.

To not prosecute may be an extreme however, the Rajasthan and Bombay High Courts make a compelling argument in relation to the likely contagion arising from processing a bail application and such an argument must hold good while prosecuting a person for an offence under section 188 of the IPC or any other offence aswell.

Global public health officials are warning that coronavirus will take years before is it completely contained and that the virus might never totally go away. World Health Organization's chief scientist has also commented that it could take four to five years before controlling the virus and also warned that the current pandemic could "potentially get worse" before it gets better[22].

Whether the virus gets better or worse, the fact remains that the living conditions in jails in India needs to get better. Thanks to COVID the courts in India have finally acknowledged the bitter truth that jails in India are overcrowded. It is time the government also takes serious concern of overcrowding of prisons particularly in the present context of the COVID pandemic.

Irrespective of bail or jail being the method of containing the contagion in prisons, the government must ensure the immediate decongestion of jails, and towards the same exercise the powers vested under Section 65 of the Disaster Management Act, 2005 and requisition adequate number of premises as detention centers / prisons. 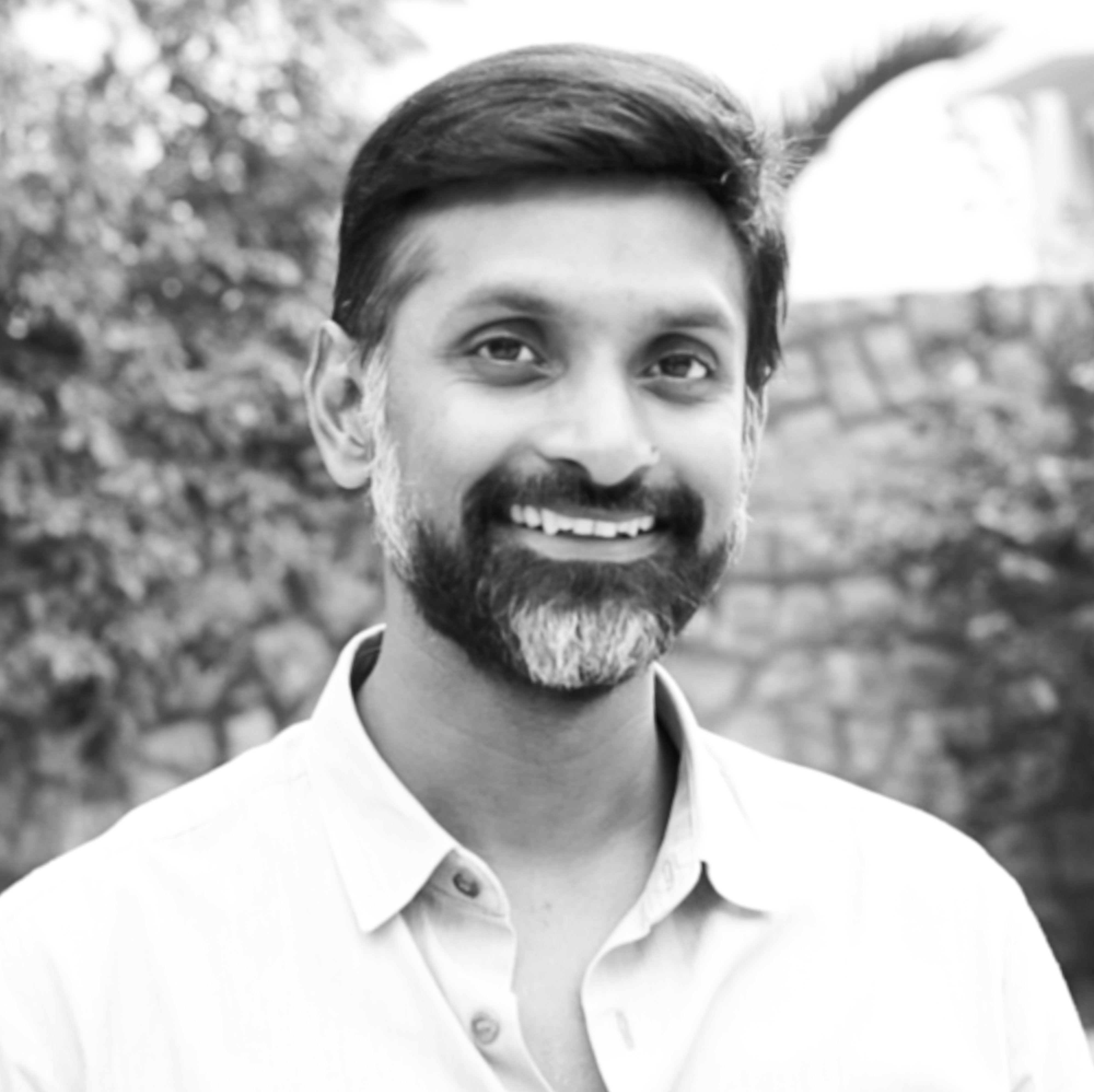 Mr. Duvva Pavan Kumar is an advocate based out of Hyderabad practising before the High Court and NCLT. He is the founder of The Law Chambers (https://thelawchambers.in/). The author was assisted by Mr Surya Tej P.N.J.

[2] States of Gujarat, Manipur, Meghalaya, Odisha and UTs of Dadar & Nagar Haveli, Daman & Diu, National Capital Territory of Delhi and Puducherry did not file their responses to the Supreme Court order dated March 16, 2020.

[8] Andhra Pradesh, Uttarakhand, Punjab and Maharashtra and UT of Ladakh

[11] The Committee shall consist of (i) Chairman of the State Legal Services Committee, (ii) the Principal Secretary (Home/Prison) by whatever designation is known as, (ii) Director General of Prison(s).

[18] Order dated April 7, 2020 in Suo Moto Writ Petition (Civil) No. 1 of 2020. The Court also directed that (a) The physical presence of all the undertrial prisoners before the Courts must be stopped forthwith and recourse to video conferencing must be taken for all purposes and (b) The transfer of prisoners from one prison to another for routine reasons must not be resorted except for decongestion to ensure social distancing and medical assistance to an ill prisoner.