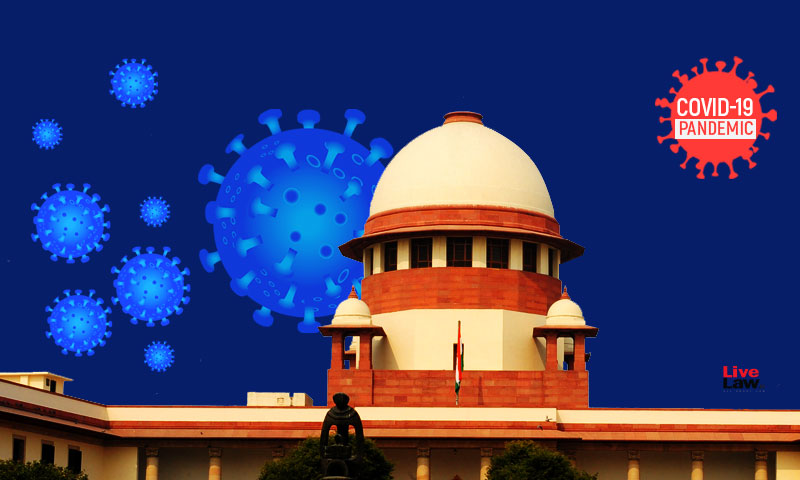 The occurrence of COVID-19 virus pandemic has unquestionably toppled the entire nation. The global outbreak has caused widespread unrest and triggered some major tests on management systems across the world. Not even one sector is unaffected barring possibly the pharmacy sector. From industries such as travel, logistics, technology, banking, insurance to industries like...

The occurrence of COVID-19 virus pandemic has unquestionably toppled the entire nation. The global outbreak has caused widespread unrest and triggered some major tests on management systems across the world. Not even one sector is unaffected barring possibly the pharmacy sector. From industries such as travel, logistics, technology, banking, insurance to industries like hospitality, essential goods manufacturers and distributors, retailers and entertainment are substantially affected by the outbreak of COVID-19. Apart from all these industries, corporate governance and disclosures, employment, data privacy, supply chain, and working capital have also been deeply impacted by the virus.

Where the global crisis due to the COVID-19 geared up with an unimaginable and unprecedented pace leading to be declared as a "pandemic" by the World Health Organization (WHO), the Government of India, on the other hand, had a pro-active approach with some pre-emptive responses to the outbreak of COVID-19 even before it was declared as a "Public Health Emergency of International Concern" by WHO. Much before the WHO, different Indian Ministries and Agencies with a collective approach initiated timely actions upon the instructions of the Central Government to contain the spread of COVID-19 in the country.

Undoubtedly, the private and public sectors are severely affected by COVID-19 but its impact on the state machinery is absolutely noteworthy owning to the nation-wide lockdown announced by the Central Government to prevent and fight against the spreading of the deadly virus.

Judiciary, which is one of the most important facets of state machinery have also faced a serious issue in administration of justice. All the courts have valiantly responded to the surge of COVID-19 and attempted to adapt to their modified operations. The Supreme Court, all the High Courts, and Judicial Tribunals have unanimously decided to take up only the most urgent matters and avoid over-crowding around the courts. The decision to comply with the medical advisories and taking up best possible practices to avoid proximity to any infected person is a key step taken up by the Indian Judicial System at the moment and reserving the right to conduct thermal-screening at all the people trying to enter the courts and denying entry to those having even mild symptoms is a part of the initiative accommodated by the Judicial System to curb the outbreak of COVID-19.

Thousands of cases have been assigned dates and special benches have been constituted for hearing only most urgent matters. The Supreme Court, through one of its circulars, notified that it will hear only matters involving extreme urgency.[1] However, there seems to be no clarity what will constitute an urgent matter. Different courts/forums have different approaches in determining at their discretion the urgency involved in a given matter and the consequent listing such matter(s).

The increased use of remote hearings and closure of general courts are capable to hit the legal profession massively and specifically the judiciary, which has rarely been in such a position ever in the past, might face some difficulties while accommodating with modified operations in discharging its primary duty to continuously impart justice no matter what the circumstances arise since it is one of the most important pillars of democracy. However, in the present scenario it appears that even the judiciary is handicapped due to external forces and can't do much in order to protect the larger interest of the citizens.

Though access to judiciary is a fundamental right enshrined under the Constitution of India, the question which arises in many minds is that 'would the present circumstances justify in keeping a litigant away from access to justice?' The answer lies in the over all functioning of the courts in present scenario. Courts are very cautious from day one that courts shouldn't be crowded and guidelines to that effect are widely published for the benefit of lawyers and litigants through various notifications. For e.g. in Bombay High Court presently, no adverse orders are being passed in any matter and the interim orders are directed to be continued for all the matters which ought to have been listed, but could not have been heard as a result of the lock down. Whilst this seems to have been the rightly adopted approach by many, a party who has an adverse interim order against him/it would think otherwise.

Needless to say that court notifications have made it clear that such interim orders will be continued till vacated by the court. This only means that a party who feels aggrieved by continuation of any interim order can approach the court for vacating the same. These measures I suppose are taken to balance the situation and to tackle the difficult times currently faced by the judiciary. The test possibly is whether a litigant himself is ready to come to meet his lawyer to brief him and attend court / court premises given the pandemic scare and risk his health/life against the urgency involved in the matter.

The saving grace came in the form of a suo-moto cognizance taken by Supreme Court in Suo Moto Writ Petition (Civil) No. 3 of 2020 extending limitation periods for all court proceedings/filings across the courts in India. Such a proactive step by the Supreme Court was a need of hour. The Supreme Court while exercising its power under Articles 141 and 142 of Constitution of India ordered that to obviate any difficulty and to ensure that lawyers/litigants do not have to come physically to file or attend any proceedings across the courts in country including the Supreme Court, the period of limitation prescribed under general law or Special laws whether condonable or not shall stand extended with effect from March 15, 2020 till further orders.[2] The Supreme Court's order covers all the timelines contemplated and codified, be it under the Insolvency and Bankruptcy Code, 2016 or the Arbitration and Conciliation Act, 1996 and subsequent amendments. Considering the present scenario, it is expected that a lenient view will be taken up by every judicial tribunal or court, though it is being ensured that constant attempts are made to keep listing the urgent matters and proceedings on schedule or with minimal delay so that they do not suffer in the wake of Covid-19. This order goes a long way in maintaining equilibrium and the required dynamism by the Apex Court to protect the litigant's rights.

Similarly, High Court, Bombay also passed an order in suo-moto proceedings agreeing to entertain the matters even without affidavit or court fees through video conferencing and parties are given liberty to make request for urgent hearing through emails or other modes. The High Court, Bombay was also conscious of the fact that any action leading a litigant to approach the court for urgent relief will only frustrate the spirit of lock down. Accordingly, the High Court, Bombay further ordered that any decree of eviction, dispossession, demolition already passed by any court/Tribunal/Authority shall remain in abeyance.[3] Considering the lock down announced by the Government, the Municipal Authorities and other agencies or instrumentalities were also requested to go slow in taking any coercive steps so as to drive any citizen to court of law.[4]

While the guidelines issued by the Supreme Court and other courts have tried to curb the outbreak of COVID-19 pandemic by accommodating modified operations of courts and tribunals, there are still a plethora of practical issues being faced by the judicial system such as requirement of physical interactions for execution of documents legal instruments, attestation of affidavits, execution of documents by overseas litigants but the most imperative issue concerning the legal judicial system is the meaning of "urgent hearings". When to deem an issue as an urgent matter is a question which needs to be addressed.

In terms of facing the situation, whilst on one hand I am proud of the fact that some courts including the Supreme Court have encouraged the use of video conferencing for hearing urgent matters[5], I am not sure lowers courts/forums have such facilities.

As a lawyer it pains me to see judiciary doing the aforesaid juggleries but still striving hard to impart justice in such testing times. It is also the duty of lawyers to explain to clients the situation and overall risk involved in attending courts and consequently (over) crowding it which would be against the government directives passed in the larger interest of the country. Lawyers could guide their clients on whether there is an eminent urgency involved in the matter. Interestingly, the High Court, Bombay while hearing one such matter imposed cost on the litigant for listing the matter when there was no urgency whatsoever. These measures and steps are taken by courts to ensure that litigants are also conscious of the government directives and the reason behind such directives. All in all, despite the present turmoil, doors of justice are not closed – though it could be said that for the present, entry is restricted on an urgency basis.