Fantasy Sports And Online Casinos - Are They Legal In India ? 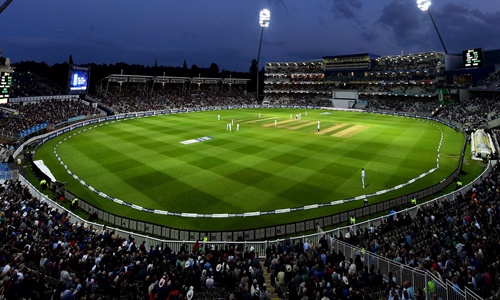 Gambling, in general, is a controversial topic in India, and so are online casinos. Even though gambling was present in Indian culture throughout history, it's often associated with crime and addiction. That's the reason why it's still frowned upon in many Indian states, but it doesn't make it less popular. Each of 29 states in India has its own laws regarding gambling and State Governments make all the decisions involved with gambling and taxes.

When it comes to land-based casinos or traditional casinos, the fact that there are 21 of them in India, makes it clear that they're not prohibited. Deltin Daman Casino is the first and the largest integrated casino and resort in India. This luxurious resort offers thirty different table games and a thousand gaming machines.

However, the situation in the field of online casinos is more complicated and mostly unclear. There are no precise laws that restrict online gambling, but it's also not regulated, and some categories were strictly forbidden and some were not. The fact is that internet gambling is as present in India as traditional gambling, and no one is being fined for it.

There are three classes of games and each has a different regulatory system (see this link). Class I includes traditional Indian gaming and social gaming for minimal rewards. These are regulated by Tribal governments. Class II includes games of chance, which are regulated by Tribal governments and controlled by the National Indian Gaming Commission (NIGC). Class III includes slot machines, roulette, craps, and blackjack. Tribal governments can conduct these games only if they are allowed in the state in which the tribe is located, in case they are approved by the Secretary of the Interior and the Chairman of the Commission.

Even though gambling is not illegal, a distinction between skill-based games and games based on pure chance is made. State Governments and their legislators have made poker, rummy,e-sports and fantasy sports legal. Some of the reasons why these games are legal are because they are based on a player's skills, and they are also easily taxed. Skill-based games are very popular in India, but so are the games that require no skills, such as slot machines and bingo. There is no precise definition of skill-based games though, and many games that require both luck and skills, such as slots and table games, are widely played in India. Gambling in general always involves a certain risk, whether players have the required skills or they don't. Many people don't see the logic behind forbidding chance-based games in India. The lottery is a legal and very popular game in India, and players don't need to have skills to win, which is a contradiction.

Back in 1998, The Lotteries Act gave the State Governments the right to authorize lotteries within their jurisdictions. Future Gaming Solutions, Ltd. was the first online gambling operator to receive a license by the Sikkim state government and to offer online lottery games. Since then, many other online operators found that Sikkim state is the perfect state for their gambling business.

Future Gaming Solutions decided to use their multi-decade experience in the traditional paper lottery and create a modern online lottery. Thanks to modern technology, lottery players can buy the ticket, check the winning status and receive the prize without having to leave the houses. It's also important to emphasize that Future Gaming Solutions achieved Level 1 of the World Lottery Association Responsible Gaming Framework. The worth of the Indian gambling market is very high, and the State Lottery has a lot of credit for it.

Besides online lottery, the most popular card game in India is rummy and it is protected under the Constitution of India. It's not exactly a gambling game, but the fact that it can be played for real money made it questionable in the eyes of law. After The Indian Supreme Court had declared it a skill-based game all the speculations stopped. This game is very popular in the online gaming world and it's an enviable part of Indian tradition.

Horse betting is also on the list of games that are not illegal in India since they are not merely luck-based games. The main argument for declaring horse betting a skill-based game is a fact that there are specific skills behind knowing and choosing the winning horse. There are many factors to consider when making this decision, like horse pedigree, training and health, type of race and rider's competence. The most popular horse betting clubs in India are Royal Calcutta Turf Club at Kolkatta, Royal Western India Turf Club, Ltd. racing at Mumbai and Pune, Bangalore Turf Club Ltd at Bengaluru, etc.

Dream11 is a skill-based game that gives players a chance to win money by playing fantasy sports, such as cricket and basketball. It's regulated by the Federation of Indian fantasy sports (see the link). FIFS aims to create a thriving ecosystem for fantasy sports users and operators by creating guidelines for a common set of practices, setting standards of operation and creating a regulatory framework to protect the fantasy sports user and operator interests. FIFS works with key industry stakeholders and liaisons with the policymakers to create a robust governance structure to support the sustained growth of the industry.

Taking into consideration all gambling-related laws made in the past, it's easy to conclude that there was a lot of resistance and fighting against it. Back in the 1800s, the legislation prevented gambling, and according to The Public Gaming Act of 1867, it was illegal to operate a casino within India. Other acts that prohibited gambling in India include The Bengal Public Gambling Act 1887, The Bombay Prevention of Gambling Act 1887, The Delhi Public Gambling Act 1955, etc. More than one century later, there are no new gambling acts in India. Back in the 1880s, penalties for breaking this law were not that harsh, so it didn't stop many people from gambling.

Nowadays, laws do not forbid gambling, and since online gambling implies any kind of gambling conducted on the internet, online casino operators find no reason to step away from the Indian market. There are a lot of online casinos in India. Some of them are Betway, LeoVegas, and JeetWin and they offer real-money casino games, like slots, blackjack, roulette, etc. People in India can also use foreign betting websites, which are licensed and where different payment options are offered. Even though payments are possible via bank account for most gambling sites, e-wallet services are much preferred by Indian gamblers.

NIGC (National Indian Gaming Commission) has released statistics regarding Indian gaming. According to those statistics, more than 350 Indian casinos exist in the USA. More than 200 tribes operate these casinos and offer all sorts of games to their users.

By analyzing the Indian vs. USA gambling market (see this link), experts have predicted that the online casino market in India will grow tremendously. This is not surprising since by the year 2021, there will potentially be over 630 million internet users in India. The number of people using mobile devices for gaming purposes is also growing rapidly.

The first steps that need to be taken are regulating online gambling in all states in India and making sure they commit to responsible gambling. These activities need to be taken seriously to prevent all illegal activities, money laundering, addictive behaviors, etc.