'Banning Technologies Like Cryptocurrencies Will Only Push The Market For Them To Develop Outside India', Says Advocate Pratibha Jain At WEF, Davos 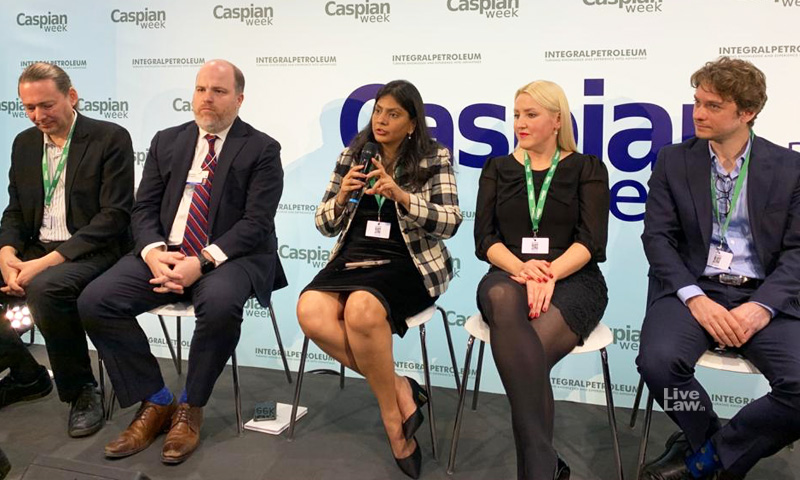 Jain was the only Indian Corporate Law Firm Partner to be invited to Speak at Davos, in the thematic session titled: "Anti-Money Laundering and Counter Terrorist Financing (AMLCTF) System in Modern FinTech Industry". She spoke at length on the need for ease of regulations for fin-tech in India to promote financial inclusion and to strengthen India's position as a leader in technological development.

She said that India's move to out-rightly ban the dealing in crypto-currencies needed to be reviewed and a balanced approach to regulate the same was required.

On April 6, 2018, the RBI issued circulars prohibiting entities that it regulates, including banks, from providing services to persons or entities dealing in or settling crypto currencies. In a challenged to the said circular before the Supreme Court, made by the Internet and Mobile Association of India, the RBI defended its move stating that,

"It is an admitted fact that VCs [virtual currencies] have been used to purchase illegal and illicit goods ranging from guns and ammunition to drugs", hence posing national security threats.

Commenting on this position, Jain said,

"While regulations are critical to ensure fin-tech solutions are not used for money laundering or terrorism financing, banning new technologies or rule based approach to laws relating to fintech will prove to be counter productive."

"I would argue that such regulations need to be balanced and principle-based rather than rule-based, and we should seriously consider three issues: first, the efficacy of fintech companies to provide solutions for financial inclusion. ​According to a 2018 report released by the World Bank, India is home to the second-largest unbanked population in the world​.

Fin-tech can significantly help with financial inclusion by obviating the need for brick and mortar banks to serve the traditionally underserved and unserved population in India. Digital banks, digital lenders, digital insurers - all can help fill this gap. But, this requires government to promote innovation and the ease of doing business for these companies, especially when the amounts in question are not too significant. Having strict AML laws applicable to these transactions without the availability of Aadhar stack makes it more cumbersome for these companies to operate compared to banks."

Secondly, she said, "myriad of laws that don't allow for effective transfer between nations or stop technological development, for example, leading to trends towards banning crypto can be a blow for the ease of global financial transactions."

"…the safeguards against abuse of such laws by governments is also an area of concern. The definition of the proceeds of crime under Prevention of Money Laundering Act (PMLA) is very broad that even a genuine purchase of property by a bank in an auction can run the risk of being accessed to by authorities as proceeds of crime. Further, under the PMLA in India, bail is not allowed unless government gets a chance to oppose the bail and property can be attached without filing an FIR. When laws don't have the checks and balances to ensure basic fundamental rights are protected, such laws are susceptible to be misused for political motivated prosecutions. Unfortunately the efficacy of these laws is not yet proven."

Jain is a corporate lawyer, licensed to practice in India and the USA. She is an Aspen Fellow and a law graduate from the University of Delhi, University of Oxford and Harvard Law School.