In Conversation With Parul Kashyap, Founder Partner Of SunLegal 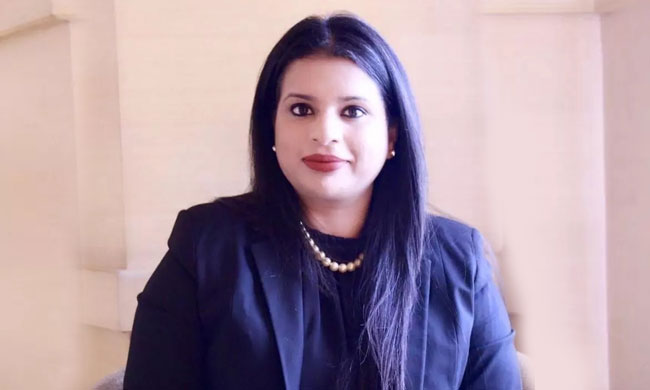 Parul Kashyap is the Founder Partner of SunLegal a boutique law firm focussed on projects and energy. She has over the years, advised government authorities, concessionaires/bidders, funds, lenders and multilateral bodies on various aspects of infrastructure projects ranging from contracts, regulatory framework, international treaties, project finance, tender advisory, and disputes. In this questionnaire, she shares her thoughts on the developments in the infrastructure sector and also gives an insight into her law firm.

There has been an increased M&A activity in the Roads and Highways space. What may be the key drivers and what is your view on it leading to the revival of private sector interest in the road and highways sector?

There was significant M&A activity in the roads and highways sector in 2018 riding on the back of acquisition of nine toll roads from the National Highways Authority of India (NHAI) under its maiden Toll Operate and Transfer (TOT) model, by Macquarie, which spent nearly $1.4 billion to acquire those roads. The increased interest in roads is owing to a number of favourable factors like availability of huge pool of assets, well established regulatory regime including govt backed NHAI being the counterparty, enabling large institutional investors such as pension and sovereign wealth funds, that seek predictable cash flows and significantly low risk to park funds in the sector. The M&A activity is being driven by large investors such as Singapore's sovereign wealth fund GIC and Canadian pension fund manager CPPIB backed infrastructure investment trust (InvIT) - IndInfravit Trust. Stressed asset sale has also contributed in the resurgence of the M&A activity in the sector.

The deal activity, however, was subdued in the early part of 2019 when the govt did not receive a favorable response to the second phase of Toll Operate and Transfer however, the govt is now giving final touches to a new highway development plan that will give a major boost to the road monetisation efforts and bring about the much needed revival in the sector.

It is understood that under a new plan the govt will take the InvIT as well as the TOT route. Through the InvIT route the govt will seek to monetise the highway assets through capital markets. Under the TOT model, the highest bidder will get the right to operate and maintain road assets for 30 years and collect toll in those projects. After the unsuccessful Phase II of TOT, the govt is making all efforts to ensure that the highway stretches being put up for bid have better revenue potential than the ones offered in Phase II, in order to elicit strong private sector interest which is critical to achieve road development targets that this government has set up for itself.

What are the newer areas where govt could use Public-Private Partnerships as a tool to create value and achieve larger social objectives?

While PPPs in India have been applied to both economic infrastructure like roads, ports, airports, logistics, urban transportation and social infrastructure like education, healthcare, solid-waste management there is still a lot more that needs to be done to build climate resilience in the projects being built under the various models of Public-Private Partnership.

The effects of extreme climate conditions are not unknown to us here in India, with a number of Indian cities and towns being paralysed or worse, devastated every other year by adverse climate conditions like excessive rainfall led flooding, cyclones and more. Such extreme events illustrate the extent of the potential exposure. It is therefore imperative to use the private sector expertise in building climate-resilient cities. New infrastructure assets must be prioritised, designed, planned, built and also operated to account for the climate changes that are likely to occur over their lifetimes. Built infrastructure may need to be retrofitted, or managed by factoring in the possible impact of climate change. According to an OECD report on building climate resilient infrastructure, public policies that promote resilience include public procurement processes that consider climate resilience when comparing competing bids, by accounting for costs over the asset lifetime under alternative scenarios. The increasingly severe impacts of climate change expected later in the design life of the project are unlikely to be considered by the project developer at the design stage unless there is a government requirement to do so.

The challenges posed by climate change are for real and it is about time that the PPPs are structured in a way where the impact of adverse climate on the project is considered at every stage starting from concept to commissioning and beyond, in order to derive the real value of asset creation whether under PPP or otherwise.

While the govt is focussed on regional connectivity with various schemes in the highways, ports and aviation sectors, which are the other areas in your view, that need attention and further development?

The government's focus continues to be forging multi modal connectivity with projects such as Bharatmala, Industrial Corridors, Sagarmala, Dedicated Freight Corridor and UDAN schemes. While there is a lot of work being done to improve mobility and connectivity, a greater focus is needed to build safe and sustainable urban transport to decongest our cities and towns.

What have been some of the biggest challenges facing the Indian infrastructure sector?

There are numerous challenges that slow-down the pace at which the infrastructure sector ought to grow to achieve the desired growth targets. Some of the biggest impediments remain the availability of long-term finance, high cost of land acquisition, sustainable allocation of risk, mismatch between actual and projected revenue, delay in project implementation and execution, reluctance of banks to lend to greenfield projects owing to a mounting burden of NPAs, a lion's share which can be attributed to the infrastructure sector. The govt. however has adopted a slew of measures in the right direction for instance, shifting the focus from greenfield projects to hybrid project where the upfront construction risk is either borne or shared by the govt, liberalising oil and gas sector where the private sector now enjoys greater flexibility under the HELP regime, greater focus on leasing out revenue generating projects to the private sector for operation and maintenance with the example of govt having bid out Ahmedabad, Jaipur, Lucknow, Guwahati, Thiruvananthapuram and Mangalore airports on lease to the private sector. It has been a long pending demand of the private sector that the PPPs be treated as a partnership and they are also offered butterfly projects rather than just caterpillar projects that need to be incubated before they start generating revenue.

Can you give us an insight about SunLegal?

SunLegal has been set up as a boutique law firm with a heavy focus on Infrastructure Projects, Public-Private Partnerships (PPP), Public Procurement, Project Finance, Commercial Contracts, Corporate Advisory and Dispute Resolution. Additionally, the firm also services two special verticals namely the International SME Desk that provides multi-disciplinary legal services to International SMEs looking to do business in India and the other being the Start-up Desk that provides every possible legal support to the new entrepreneurs. In the same breath, we would also like to add here that just as we are focussed on our regular client work, we haven't lost the sight of our social responsibilities and accordingly the firm supports a number of individuals and institutions on pro bono basis so that the legal services are accessible to those who have the need but lack the resources to avail good quality professional legal services.

As SunLegal completes its first successful year of operation what have been the learnings and what is the outlook for the next year?

Yes we have completed our first successful year of operation and I must admit the learnings have been pretty succinct. We have understood that despite of the raging competition in the legal services sector, there would always be takers for impeccable service and genuine concern for the client. With the continuing downward pressure on the fee, the need to deliver value for money for the clients is now more, than it was ever before.

In the coming year we are expecting to consolidate our clients and practice areas. We are also looking to develop specialised expertise in a number of sub-sectors within the project and energy fold.

In terms of outlook for the next year, the economic scenario in India looks grim with a looming slowdown which is already impacting businesses, as a result of which the in-house departments may be compelled to arrest the cost of procuring legal services. While it may have some impact on the fee and mandates that are outsourced, I also believe that the practice of law is largely recession-proof so long as the firms are conscious of the evolving business environment, the changing needs and fee preferences of the clients.

What would be your advice to budding lawyers and young entrepreneurs in the field of law?

Before being an entrepreneur in the field of law, it's important to be a good lawyer first. Therefore young legal professionals must stay close to the law and never stop learning. Entrepreneurship demands rigour and its path is never linear, for it is littered with false starts and failures before one is able to taste success. I would nevertheless tell the budding entrepreneurs - Dare to dream and think, what good is a dream, if it remains dream!