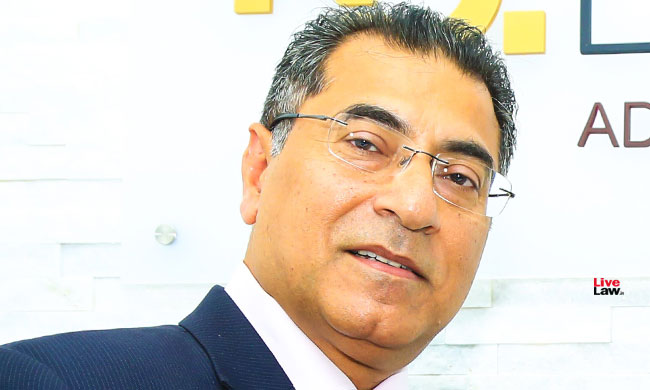 Reputed lawyer Hemant Batra was recently in a conversation with Live Law about the different facets of Arbitration in India. Below are some excerpts from the interview. Why did you decide to quit Kaden Boriss Law Firm and become an independent Advocate and Counsel? I had founded Kaden Boriss along with my lawyer wife Preeti Wahi Batra way back in 2003. In the past 15 years or so, it...

Reputed lawyer Hemant Batra was recently in a conversation with Live Law about the different facets of Arbitration in India. Below are some excerpts from the interview.

Why did you decide to quit Kaden Boriss Law Firm and become an independent Advocate and Counsel?

I had founded Kaden Boriss along with my lawyer wife Preeti Wahi Batra way back in 2003. In the past 15 years or so, it has become globally institutionalized. It works on a unique model of independent and autonomous law firms' alliance. I permitted my law firm brand to be used globally by like-minded third parties without keeping any royalty lien or taking financial benefits. My objective was to create goodwill and alliance of global law firms with excellence and integrity - an institution, which will be owned by lawyers who work there. Kaden Boriss today belongs to every alliance member law firm. I have been witnessing a massive generational change in the way law firms are approaching the law practice and legal services. Globalization and advancement in technology have altered how people manage and run law firms. I feel it is time to pass on the baton to younger people who would better appreciate this transition and transformation in legal services and practice.

My personal ambition has also altered and I feel it is time for me to venture into something more intellectually stimulating. I have predominantly been glued to the networking, expansion and management role in my law firm but now I want to explore intellectual pursuits like giving legal opinions, authoring law and public policy books, and tutoring. I am working on writing three law books to be published by a leading publisher. I am also already appointed Mediator in a couple of commercial deadlocks, and have accepted an offer to be a Tutor at one of India's leading public policy schools. I also spend one day a week on giving verbal or written legal opinions.

Since I have started doing this, I have found a sense of accomplishment and realized this is where my heart lies. I knew my experience would be leveraged better if I stepped away from management and instead, launch myself as an author, a tutor and a speaker.

This is when I also began thinking about getting into newer areas of law practices, such as Mediation and Arbitration. Alternative Dispute Resolution (ADR) is an emerging practice, so I have decided to jump into the fray and start working as an Arbitrator, Mediator, and Conciliator. As a corporate, commercial, transaction and business lawyer for almost three decades, I have negotiated so many commercial deals &legal documents; and also resolved hundreds of conflicts. This experience can very well be applied to ADR law practice.

What is the scope of ADR in India?

When it comes to dispute resolution, people have started thinking more realistically and logically. Elements like emotions and ego have been replaced by pragmatism in resolving disputes. Moreover, awareness regarding ADR is also on the rise, with more people opting for Arbitration and Mediation as a go-to approach for dispute resolution. In fact, Mediation is steadily gaining more prominence over Arbitration, since it is a novel approach to dispute resolution. Here, both parties are brought on a common platform, their communication is improved, and they are themselves encouraged to suggest solutions. The Mediator only acts as a facilitator to help them resolve the dispute amicably.

Is there a particular sector you are interested in when it comes to ADR?

However, in Arbitration, the principal mediator is always a lawyer or a former judge because you need a judicial application of mind, which can only come from a person who has vast experience in this field. While over a period of time, some people do get branded according to cases they have handled most deftly,but there is no market practice of being a specialized Arbitrator.

Do you see that trend changing in the future?

There is a huge change coming in already. Most high courts have established their own arbitration and mediation centers. There are central statutes and policies regarding ADR. In fact, the Delhi High Court has three floors dedicated to arbitration and mediation centers, managed and coordinated by a set of additional district judges, senior lawyers and a Chairman who is a sitting High Court judge. Awareness and acceptance of ADR in India is rapidly increasing.

What are the challenges you foresee in terms of adopting ADR in the country?

One challenge is that people still feel that Arbitration and Mediation might end up taking the same amount of time as litigation or perhaps become an unproductive waste of time with no effective solution. This stems from the fact that traditionally, litigation has always been associated with high costs and delays.

Secondly, the process of economic liberalization in India started only in 1991, so compared to countries like UK, USA, Germany, France, Australia, and Singapore, we opened up to the world much later. These countries have a massive amount of clarity in policies, practices and laws that are relevant to ADR. They have modern support infrastructure and highly trained professionals, too. In that sense, India still has a long way to go. However, having said that, I do believe that we are steadily getting better especially when it comes to Domestic Arbitration, Mediation, and Conciliation.