Law Immune “Rapists”: The Bitter Legal Truth of the Immunity of Diplomatic Community 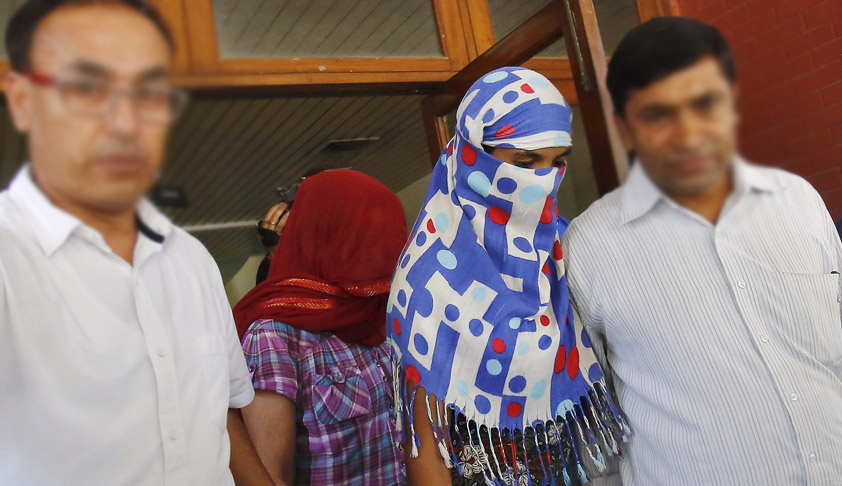 This article tries to unknot the legal questions involved in the recent alleged continued Gangrape in Gurgaon by the Saudi Diplomat, his Friends and Guests of two Nepalese Women for months and the Sanctity of the Diplomatic ImmunityIntroductionEver since the “Nirbhaya” gangrape tragedy in Delhi, the word “gangrape” is capable of arousing extreme passions, at least, in and around...

This article tries to unknot the legal questions involved in the recent alleged continued Gangrape in Gurgaon by the Saudi Diplomat, his Friends and Guests of two Nepalese Women for months and the Sanctity of the Diplomatic Immunity

Ever since the “Nirbhaya” gangrape tragedy in Delhi, the word “gangrape” is capable of arousing extreme passions, at least, in and around national capital region. When the same is reported to have been committed by the people, who are not only privileged but also immune from the criminal law of the land, because they happen to be diplomats of a foreign state, Saudi Arabia, in the instant case, then the likelihood of public outrage, at being wronged in a collective sense, may be even worse. Such grievance bordering on the sense of being hurt, is likely to be aggravated by the simple fact that, the alleged crime, if true, it is not only shameful and disgusting but is demeaning and looks like cocking a snook at the constitutional ideal of inviolability of the ‘dignity of the individual’. Further, it is also a very serious thing to know that the two women who have been subjected to the indignities, for months together by none other than the people of diplomatic core of a nation, and the offenders can’t at all be subject to the general law of the land on account of the diplomatic immunity enjoyed by them under International Law and its conventions.

The alleged facts, in this case, as per media reports, are that a Saudi diplomat has been booked for not only gangraping two Nepalese women but also offering them to their friends and other guests.  The local police raided the house of the concerned diplomat located at Gurgaon’s posh Caitriona Towers, Ambience Lagoon. The police reportedly acted on the request of the Nepalese embassy, requesting them to take action in the matter.

As aforesaid, had it not been a case of offenders hiding behind their diplomatic immunity after perpetrating the crime, the general law of the land would have taken its course and it would have been wiped out of public memory. But the diplomatic immunity is a thing which has led many to wonder as to how and why such heinous acts, if true, go unpunished. Therefore, this article is being written, with a view to explain the international conventions pertaining to the diplomatic immunity and also its relationship with Indian Law.

Diplomatic Immunity under Vienna Convention on Diplomatic Relations, 1961 and its position under Indian Law

The Vienna Convention on Diplomatic Relations, 1961, (the “Vienna Convention”) is the fountainhead of the diplomatic immunity enjoyed by the members of any diplomatic mission across the world, in the host countries. The stated objectives or rationale, for the adoption of this Convention is categorically outlined at the beginning of the Convention, in as much as it recognises that the ‘peoples of all nations from ancient times have recognized the status of diplomatic agents’ and such agents must be extended certain privileges and immunities not to benefit individuals but to ensure the efficient performance of the functions of diplomatic missions as representing States.

Pursuant to that, Indian Parliament has not only adopted this Convention but also has enacted, The Diplomatic Relations (Vienna Convention) Act, 1972, (the “Act”) to give effect to this Convention. Section 2 of this Act contains a non obstante declaration about the privilege accorded to the provisions of this Convention and it categorically states that it shall have the force of law in India, notwithstanding anything to the contrary contained in any other law,.

Who all are Immune?

The “diplomatic agent” is inviolable under Article 29 of the Convention, who is defined as “the head of the mission or a member of the diplomatic staff of the mission”. It further provides that a “diplomatic agent” is immune from any form of arrest or detention and the receiving state is under obligation to take all appropriate steps to prevent any attack on his person, freedom or dignity. Hon’ble Delhi High Court in Eagle Star Insurance Co. Ltd. vs L.V. Kumar reported at 8 (1972) DLT 32 has held that the immunity extends to the wife of a diplomat, as well.

Exceptions to the Diplomatic Immunity?

Article 31 of the Vienna Convention gives complete immunity to a “diplomatic agent” from criminal jurisdiction of the “receiving state”. And, it affords almost complete immunity to the “diplomatic agent” from the civil and administrative jurisdiction of the “receiving state” subject to 3 exceptions which are reproduced hereinbelow :-

(a) A real action relating to private immovable property situated in the territory of the receiving State, unless he holds it on behalf of the sending State for the purposes of the mission;

(b) An action relating to succession in which the diplomatic agent is involved as executor, administrator, heir or legatee as a private person and not on behalf of the sending State;

(c) An action relating to any professional or commercial activity exercised by the diplomatic agent in the receiving State outside his official functions.

Apart from these immunities, a diplomatic agent is also exempt from being witness in the receiving state. However, he continues to remain subject to the jurisdiction of the “sending state”.

The Case, a Legal Non Starter

As is apparent, from the above analysis on the immunity available to the diplomats, the legal recourse under Indian Law against Saudi Diplomat is simply a non starter. At best Government of India can declare the Diplomat in question a persona non grata under Article 9 of the Convention. As it has been reported in the media, it can be solved at the diplomatic level only. In fact, the way raid was conducted by the Gurgaon Police upon the residence of the diplomat was simply impermissible under the provisions of the Convention.

Conclusion: the Paramountcy of the Amity amongst Nations

It is a given and is as clear as crystal from the preamble/objectives of the Convention, that the amity amongst nations is of paramount importance, as it involves millions of people. Misunderstandings between the nations can lead to fatal consequences. And from that perspective such diplomatic immunity is a sine qua non for amity amongst nations and is a functional necessity. Therefore, at best, the issue of diplomats involving in such actions, brings bad name to the nations they hail from and they may be prosecuted under their domestic laws and it is better that such things are dealt with discretely, as is being done by the Government of India in this case. and Ajay Yadav is a Principal Associate.