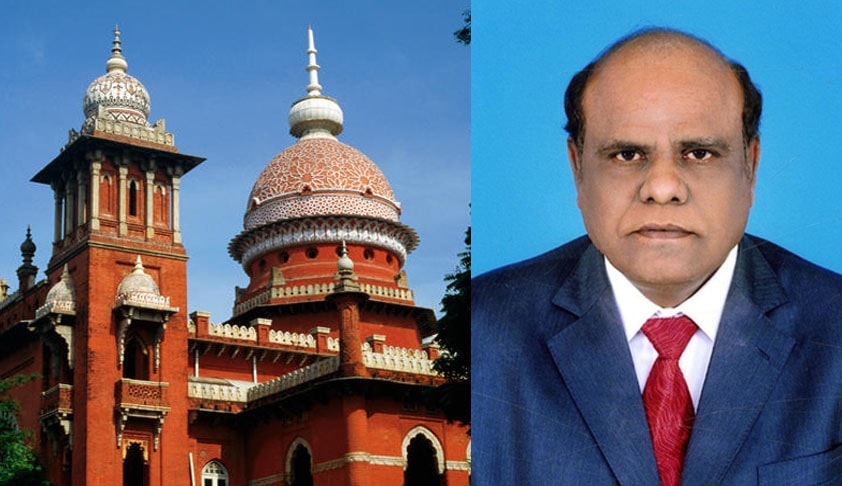 Justice C.S. Karnan’s transfer order, shifting him from Madras High Court to Calcutta High Court, has reportedly been forwarded by the Law Ministry to the Prime Minister’s Office, for “further action”.Staying true to his penchant for controversy, Justice Karnan had earlier this week stayed the transfer order issued to him by the Supreme Court of India. He had also directed the...

Justice C.S. Karnan’s transfer order, shifting him from Madras High Court to Calcutta High Court, has reportedly been forwarded by the Law Ministry to the Prime Minister’s Office, for “further action”.

Staying true to his penchant for controversy, Justice Karnan had earlier this week stayed the transfer order issued to him by the Supreme Court of India. He had also directed the Chief Justice of India to file the reply by April 29. You may read the LiveLaw article here.

Around the same time, the Supreme Court directed Madras High Court Chief Justice Sanjay Kishan Kaul to not allow Justice Karnan to deal with any more judicial work. This was after the Madras High Court Registrar General, through Senior Lawyer K.K. Venugopal submitted before a Bench headed by Justice J.S. Khehar that Justice Karnan had sent a word that he would suo motu stay his transfer order.

The affidavit stated that when the Madras HC Registrar General went to Justice Karnan’s house, he was lying down on a sofa at home and hurled at him choicest abuse in Tamil, asking him “how dare you transfer me to Calcutta?” You may read the LiveLaw article here.

More recently, a Tamil Nadu-based Hindu outfit ‘Hindu Makkal Katchi’ had even claimed that it had sent a cheque for Rs 1 lakh to Justice C.S. Karnan to facilitate travel to a country of his choice, where there’s no caste system. This was pursuant to the comments made by Justice Karnan, who belongs to a Dalit community, on Monday. “I’m ashamed to have born in India. I want to move to a country without caste system. I’ve decided to give up my birth right,” he had said. You may read the LiveLaw article here.

LiveLaw had reported last week that the CJI has ordered transfer of Justice Karnan to Calcutta High Court.

Earlier, in a letter to the Chief Justice, Justice Karnan had alleged that he was left out of the Tamil Nadu State Judicial Academy as he was from the scheduled caste. He had claimed that all participants were from the upper caste and that his name was removed in order to make way for a Junior Judge who belonged to the upper caste.

In May 2015, Justice Karnan had passed another order requesting the Chief Justice to extend co-operation “without any interference with my Court’s proceedings and its Judicial Power in order to maintain the decorum of the Court and avoid an unhealthy practice of Judiciary in the interest of the general public. He also requested the Chief to avoid ego and stop acting in an autocratic manner to protect democracy.”

The controversy had started with Chief Justice Sanjay Kaul constituting the recruitment committee comprising of Justices V. Dhanapalan, R. Sudhakar, D. Hariparanthaman, N. Kirubakaran and R. Mala to interview candidates for selection as civil judges. The Tamil Nadu Public Service Commission chairman and other officers were to be part of the selection committee and it was scheduled to start oral interview of candidates from April 15 till April 21.