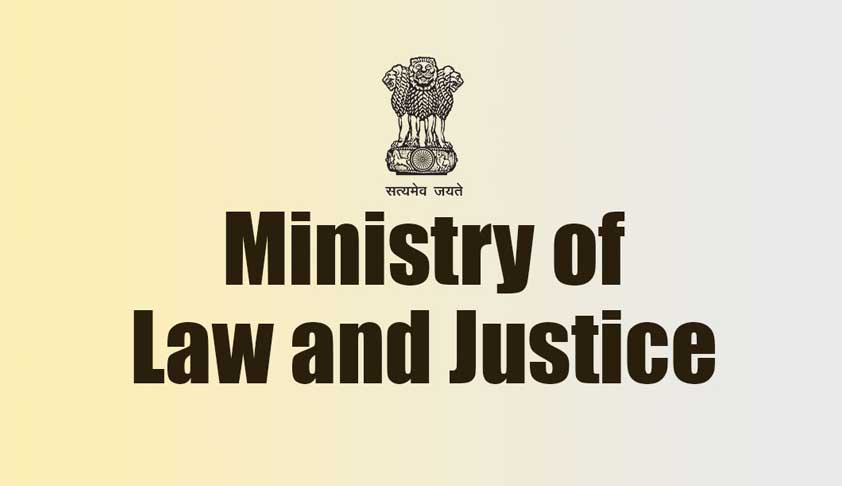 With the Narendra Modi government celebrating the completion of three years in power at the Centre, the Ministry of Law and Justice has highlighted its 40 achievements, including the appointment of 17 judges to the Supreme Court and 232 judges to various high courts since May 2014.Union Law Minister Ravi Shankar Prasad, who is also the Minister for Information and Technology, also said...

With the Narendra Modi government celebrating the completion of three years in power at the Centre, the Ministry of Law and Justice has highlighted its 40 achievements, including the appointment of 17 judges to the Supreme Court and 232 judges to various high courts since May 2014.

Union Law Minister Ravi Shankar Prasad, who is also the Minister for Information and Technology, also said the finalisation of memorandum of procedure (MoP) is in progress.

Over Attorney General (AG) Mukul Rohatgi’s decision requesting the government to not extend his term, the minister said the government has taken note of the AG’s decision, but did not disclose the names of the lawyers who are likely to be considered as the top law officer of the government.

Talking on various achievements, Prasad said 126 fresh appointments of judges to high courts during 2016 and 131 additional judges made permanent, which is the highest ever in a given year.

During the past three years, 224 additional judges were made permanent and the MoP finalisation for further appointment is in progress, as per the ministry.

The issue of MoP is shuttling from Supreme Court to the Law Ministry as the top court collegium had objected to the government’s safety clause and reverted it to the government for reconsideration.

As per the data issued by the Ministry, 173 additional posts of judges were created in high courts and sanctioned strength of high court judges increased from 906 in May 2014 to 1,079 currently.

In addition, the sanctioned strength of judges in subordinate courts has increased to 22,770 from 19,518.

The government’s move on the National Judicial Appointments Commission, which was struck down by the Supreme Court last year, is also one of the highlights of the Law Ministry’s achievement.

The settlement of cases in Lok Adalats is highlighted by government, by citing the average number of cases settled in Lok Adalat increased from 66.06 lakh during 2011-13 to 1.36 crore in 2014-16.

Speaking on the government as litigant in many cases resulting piling of cases in courts, Prasad said he had written to all states and central ministries to launch special arrears clearance drive to reduce pendency of cases.

“The draft national litigation policy is under formulation to make government a responsible and efficient litigant,” the minister said.

Over the speedy disposal of cases, Prasad said: "I will convene the conference of all Chief Justices of High Courts to expedite the hearing of cases pending for more than 10 years."

The government’s mission on e-courts-digitalisation of the courts, including the Supreme Court, draft of litigation policy and implementation of Law Commission 176 report and 251 report for amendment in the Arbitration and Reconciliation Act to repeal obsolete laws, respectively, are among the ministry’s achievements in the past three years.

The Law Minister also said the Legislative Department has approved the Election Commission's proposal for procuring 16,15,000 VVPAT machines for 2019 general election. Meanwhile, the apex court is hearing a PIL questioning the function of EVMs in elections.

Replying to queries relating to the AG’s refusal to continue, he said: "We have taken note of Attorney General Mukul Rohtagi’s resignation and will take a decision at the right time. He has cited personal reasons for not continuing with the post."

Appreciating the role of senior advocate Harish Salve at the International Court of Justice (ICJ), Prasad said, "He has done excellent work for India in the Kulbhushan Jadhav case. Not only me, but also Finance Minister Arun Jaitley, MEA Minister Sushma Swaraj and PMO agreed on having Salve for our representation."

Refusing to comment on former Calcutta High Court judge Justice CS Karnan’s sentencing to six-month jail by the Supreme Court for contempt of court, he said: “We need greater scrutiny in judges’ appointments.”

On the question of issuing notification of cattle ban, Prasad said: "Our govt doesn't want to control people's food habit but it’s a reality that a large section of the Indian population revere cow. The notification has other intentions but we will review after taking account of all stakeholders."