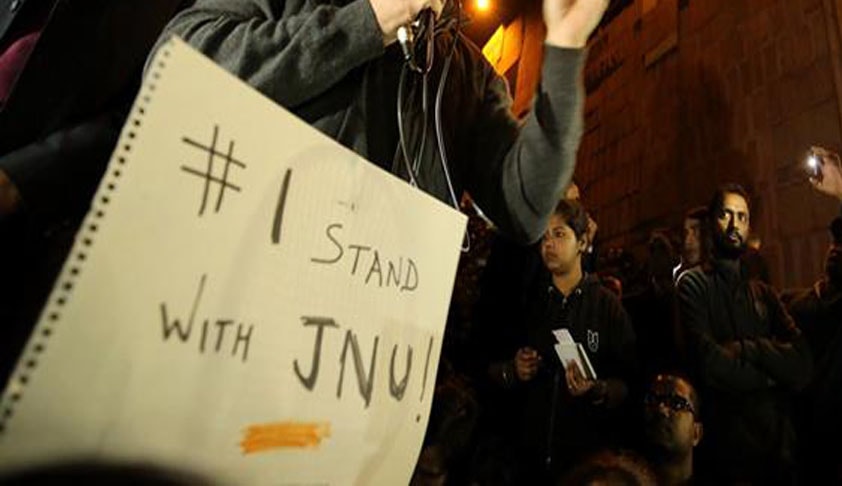 The signatories have also condemned the action of lawyers who manhandled the students and faculty members of JNU present at the Patiala Court House premises on 15th February, 2016

The Law school Community including students, alumni and professors of various law universities across the nation have published a statement against the police clamp down on University Spaces in the context of recent events which have unfolded at JNU, involving the arrest of the JNUSU President, Kanhaiya Kumar. The statement has demanded withdrawal of police from all parts of the JNU campus and immediate release of Kanhaiya Kumar dropping all charges against him.

The signatories to the statement have denounced the recent spate of incidents wherein students affiliated to certain political organizations have repeatedly violated the safe spaces of universities targeting those who voice opinions against the ruling dispensation including those that led to Rohith Vemula’s death at the University of Hyderabad. They strongly disapprove of the free reign given to the police to question, detain and arrest any student or faculty member for voicing their opinions.

The statement voices that university spaces are forums to discuss, question and debate fundamental political issues from different perspectives and according to them what a university campus cannot be is a site for stifling dissent and opinions with the threat of violence and a state backed misuse of the Indian Penal Code especially that of provisions such as sedition.

The signatories have also condemned the action of lawyers who manhandled the students and faculty members of JNU present at the Patiala Court House premises on 15th February, 2016. “We regret to see that the very courts of justice, to whom people look up to for upholding the rights of the ordinary citizen and acting as a fair arbitrator, have become battlegrounds for participants of the legal system to violently express their bias and prejudices,” the statement says.