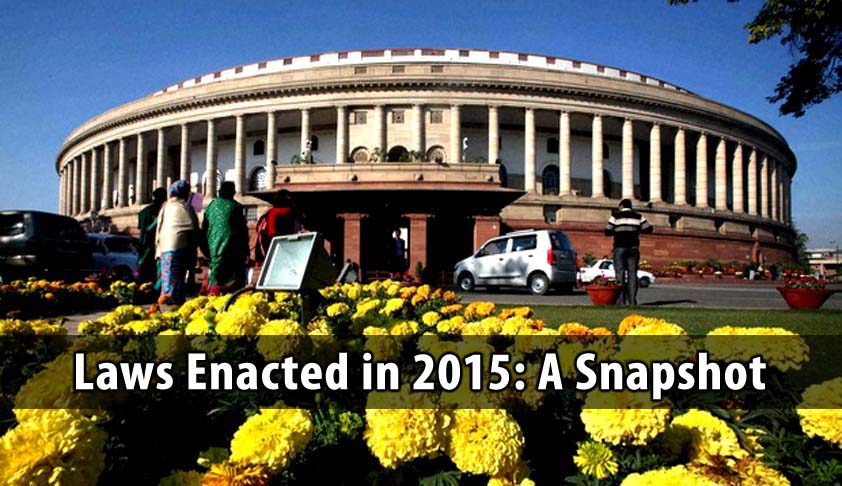 It further provides that if the payee has filed a complaint against the drawer in a court with appropriate jurisdiction, all subsequent complaints against that person regarding cheque bouncing will be filed in the same court, irrespective of whether the cheque was delivered for collection or presented at a bank within the territorial jurisdiction of that court. (Section 142A)

The Act also amends the definition of ‘cheque in the electronic form’. It is defined to mean a cheque drawn in electronic form by using any computer resource and signed in a secure system with digital signature (with or without biometrics signature) and asymmetric crypto system or with electronic signature, as the case may be. (Section 6) Further, the definitions of ‘computer resource’, ‘digital signature’, ‘electronic system’ and ‘asymmetric crypto system’ are amended to be the same as those assigned to them in the Information Technology Act, 2000.

Another significant feature of the Act is that it provides additional grounds of contravention of the fundamental policy of Indian Law and conflict with the notions of morality or justice, in addition to the grounds already specified in the Act for setting aside an arbitral award. (Section 34 (2))

The Act replaces the ordinance which was promulgated in October 2015. It provides for creation of Commercial Courts, equivalent to district courts, which may be set up in all States and Union Territories, by the State Governments after consulting with their respective high courts. Setting up of Commercial Divisions has been made possible in those High Courts which exercise ordinary original civil jurisdiction, that is, the High Courts of Delhi, Bombay, Calcutta and Madras.

4. The Black Money (Undisclosed Foreign Income and Assets) and Imposition of Tax  Act, 2015

It applies a flat rate of 30 per cent to undisclosed foreign income or assets of the previous assessment year. (Section 3(1))  No exemption, deduction or set off of any carried forward losses (as provided under the IT Act) would apply.  This would apply from April 1, 2016 onwards.

It provided for a one-time compliance opportunity to persons who have any undisclosed foreign assets (for all previous assessment years) will be provided for a limited period.  Such persons were permitted to file a declaration before a tax authority, and pay a penalty at the rate of 100%. The compliance window was opened from July 1, 2015 to September 30, 2015. Tax at the rate of 30 percent and penalty at the rate of 30 percent is to be paid by December 31, 2015, according to the government statement.

You may read: Lok Sabha passes Black Money Bill, Jethmalani terms it totally worthless and is a kind of Amnesty Scheme by M.A. Rashid

The Act amends the Citizenship Act, 1955, which regulates the acquisition and determination of citizenship after commencement of the Constitution. While the Act provided that any person who is/has been a citizen of Pakistan or Bangladesh or any other country which is notified by the central government will be ineligible to apply for Overseas Citizenship of India, the amendment extends this provision to cover persons whose parents/grandparents/ great-grandparents were citizens of any of the above countries. (Section 7A)

The Bill also introduces a provision for registration of a person as an Overseas Citizen of India cardholder under ‘special circumstances’, even if s/he does not satisfy any of the listed qualifications.

The Act amends the Public Premises (Eviction of Unauthorized Occupants) Act, 1971. The amendment act widens the definition of public premises. It also introduces timelines for eviction of unauthorized occupants. The Act stipulates 15 days for vacation of the premises, after such order is passed by the Estate Officer. This period may be extended if the Estate Officer feels there are compelling reasons which prevent a person from vacating the premises in 15 days. (Section 5 (1))

Further, if an Estate Officer receives information that a person is in unauthorized occupation of the premises, they must make an order, within seven days of receiving this information, directing persons who have occupied the premises to show cause as to why they should not be evicted. However, any delay in issuing this order will not invalidate proceedings. (Section 4 (1))

In case a period is in arrears of rent payable, the Estate Officer may order that they pay rent or damages, after issuing a notice asking the person to explain why such as order should not be made. The explanation must be provided within seven days of the notice. (Section 7(3))

The Act provides for a period of one month for disposal of an appeal from the Estate Officer’s orders. (Section 9(4))

The Act amends the Motor Vehicles Act, 1988. The Act provides for application of provisions of the Principal Act to e-cart and e-rickshaw. E-kart and e-rickshaws are defined to mean special purpose battery powered vehicles of power not exceeding 4000 watts, having three wheels for carrying goods or passengers, as the case may be, for hire or reward, manufactured, constructed or adapted, equipped and maintained in accordance with such specifications, as may be prescribed in this behalf.

It however exempts e-karts and e-rickshaws from Section 7(1) which stipulates that a learner’s license cannot be granted to a person unless s/he has held a driving license to drive a light motor vehicle for at least one year.

The Act also updates the name Uttaranchal to Uttarakhand in this list.

The Act amends the Insurance Act, 1938; the General Insurance Business (Nationalization) Act, 1972; and the Insurance Regulatory and Development Authority Act, 1999.

The Act, among other things, stipulates that shareholding by a foreign company (direct and indirect) should not exceed 49% of paid-up capital of an Indian insurance company. It makes this cap inclusive of foreign portfolio investments and states that the companies should be Indian owned and controlled. (Section 2 (7A) of the Insurance Act)

It also provides a separate definition for ‘health insurance business’ as the effecting of contracts which provide for sickness benefits or medical, surgical or hospital expense benefits, whether in-patient or out-patient travel cover and personal accident cover. (Section 2 (6C) of the Insurance Act) Minimum paid-up capital requirement for a person exclusively in the health insurance business has been increased from 50 crore to 100 crore. (Section 2 (8A) of the Insurance Act)

It increases from 2 years to 3 years, the time period for calling into question a life insurance policy on the ground of misstatement. (Section 45 (1) of Insurance Act)

The four public sector general insurance companies, presently required as per the General Insurance Business (Nationalization) Act, 1972 (GIBNA, 1972) to be 100% government owned, are now allowed to raise capital, keeping in view the need for expansion of the business in the rural and social sectors, meeting the solvency margin for this purpose and achieving enhanced competitiveness subject to the Government equity not being less than 51% at any point of time. (Section 10B of General Insurance Business (Nationalization) Act, 1972)

The Act omits Section 25 of the General Insurance Business (Nationalization) Act, 1972 which restrained foreign insurers from issuing insurance policies in India without prior government permission.

It empowers the IRDA to withhold a registration of a foreign insurer, in addition to the power of cancelling it, if they have been debarred by law or practice of his country to carry on insurance business. (Section 3 of Insurance Act) This provision also includes any foreign company engaged in re-insurance business through a branch established in India. It also empowers the IRDA to suspend or cancel registration wholly or in part, when the transfer or amalgamation has happened without the approval of the authority. (Section 4 of the Insurance Act)

The Act amends the Mines and Minerals (Development and Regulation) Act, 1957. It adds a new Fourth Schedule to the Act, incorporating bauxite, iron ore, limestone and manganese ore as notified minerals. It also introduces the prospecting license-cum-mining lease, which is a two stage-concession granted for the purpose of undertaking prospecting operations followed by mining operations. (Section 2 (ga)) Further, it increases the mining lease period for all minerals other than coal, lignite and atomic minerals, from 20 years to 50 years. (Section 8A (2))

It provides for the creation of a District Mineral Foundation (DMF) and a National Mineral Exploration Trust (NMET). The DMF is to be established by the state government for the benefit of persons in districts affected by mining related operations. The NMET shall be established by the central government for regional and detailed mine exploration. Licensees and lease holders shall pay the DMF an amount not more than one-third of the royalty prescribed by the central government, and the NMET two percent of royalty.

The Act replaced two ordinances issued by the government - the first on October 21, 2014 and the other in December, 2014, after the apex court cancelled the allocation of 214 blocks since 1993.

The new Act has provisions for allocation of coal mines through a transparent bidding process i.e. E-auction, in order to ensure the continuity in coal mining operations and promotion of optimum utilization of coal resources.

The Act also facilitates E-auction of coal blocks for private companies for captive use and allots mines directly to state and central Public Sector Undertakings (PSUs). It contains provisions that propose strong measures for rehabilitation and compensation for displaced persons. It further enables sale of coal especially to small, medium and cottage industries which will increase employment & incomes in these sectors.

This must be approved by the RBI while issuing authorization and such determination would be final and irrevocable.  This provision would override that of the Companies Act, 1956, Companies Act, 2013 and the Banking Regulation Act, 1949. (Section 23 (5) and (6))

It introduces another provision which empowers the RBI to direct system providers of a payment system to ensure protection of funds collected from customers. (Section 23A)

The Act amends Companies Act, 2013. It removes the requirement of a minimum paid up share capital amount for private and public companies. It introduces a provision stipulating punishment for contraventions for acceptance of deposits from the public. Such a contravention would now entail a minimum fine of Rs one crore and a maximum of Rs 10 crore, in addition to the deposit or interest that is due; and up to seven years imprisonment and fine between Rs 25 lakh to Rs two crore, or both, for every defaulting officer of the company. If proved that the defaulting officer of the company did so willfully, he will be liable for the offence of fraud, under this Act.

The Act limits the constitution of benches of Special Courts only for the trial of offences where punishment is imprisonment of two years or more. All other offences are to be tried by a metropolitan or first class judicial magistrate.

The Act amends the Constitution of India to give effect to the acquiring of territories by India and transfer of certain territories to Bangladesh in pursuance of the agreement and its protocol entered into between the Governments of India and Bangladesh.